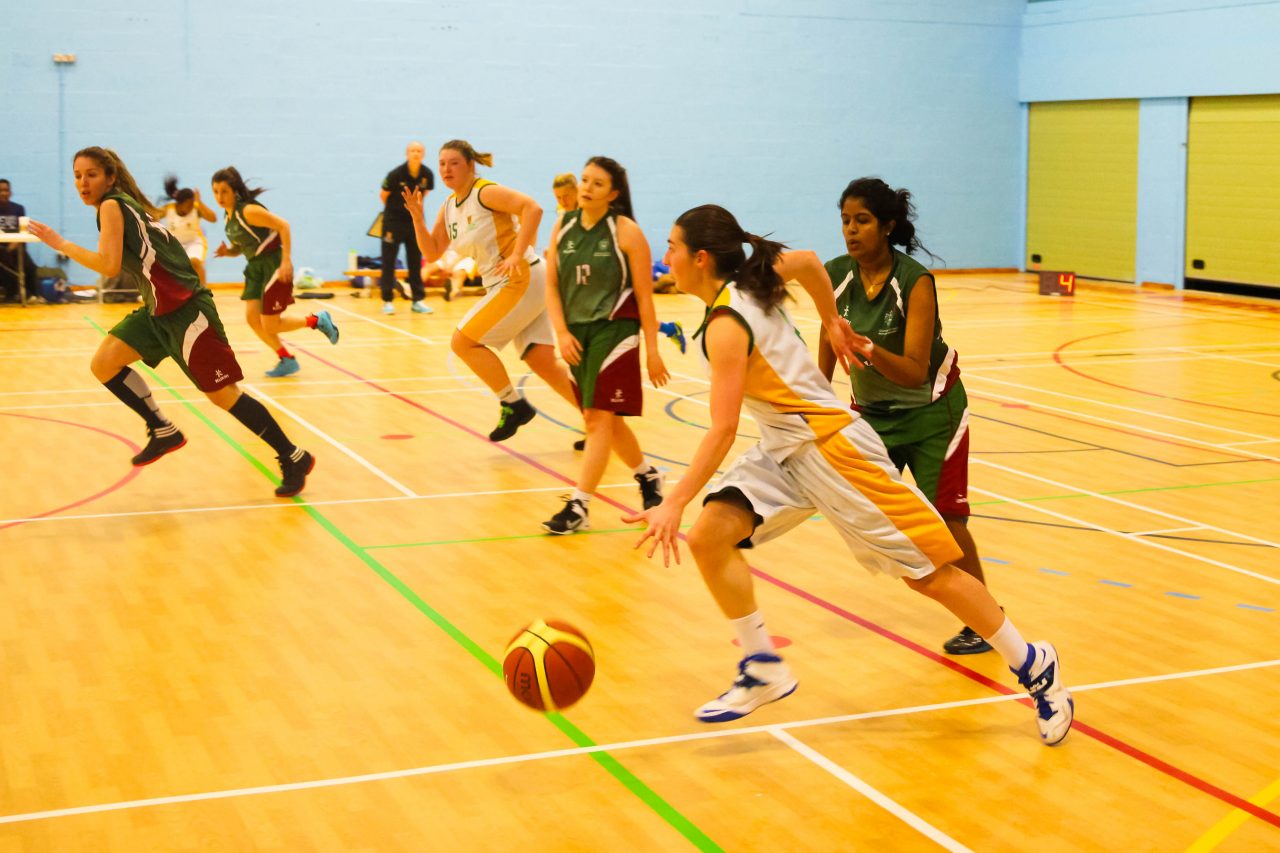 Bangor University Women’s Basketball continued their good run of form with a 50-19 victory of the University of Leeds last week.

The club, which are currently the highest ranking regular season BUCS team in the university, made it six wins from six to put themselves six points clear at the top of Northern 1A.

The game looked to be tough, with Bangor losing some of the international players in their squad at the end of the last semester and were facing a mid-table Leeds side.

Bangor secured the first points of the game after a scrappy opening few minutes. The home team looked strong in defence, shutting out Leeds for almost five minutes. Unfortunately, Bangor could not extend their lead and Leeds eventually broke through to level the scores. Club captain Emily Dunn lead the team well from point guard, intercepting multiple times throughout the game to breakaway and score. Fast counter attacking plays combined with stout defence from Bangor increased their lead, with Leeds often forced to shoot from distance as the shot clock ran low.

More points from Dunn and vice captain Zoe Shingler extended the lead to 17-3 as the first quarter ended, with Bangor looking comfortable.

As the second quarter started, Bangor became more clinical with their shooting, scoring more three pointers to further impose their dominance on the away side. Leeds, with only five players and no substitutes or coach were struggling with the fast paced style of Bangor’s play, and trailed 33-9 at half-time.

Sloppy passing from Leeds again allowed Dunn to intercept and add more points for the home side as they opened up a 30 point lead over the visitors.

Leeds seemed to come out refreshed in the final quarter, scoring four points without reply, but it was too little too late. A fast passing play from Bangor soon restored their comfortable lead as Leeds continued to tire. Bangor made it six wins out of six to sure up first place in the league, with the final score 50-19.