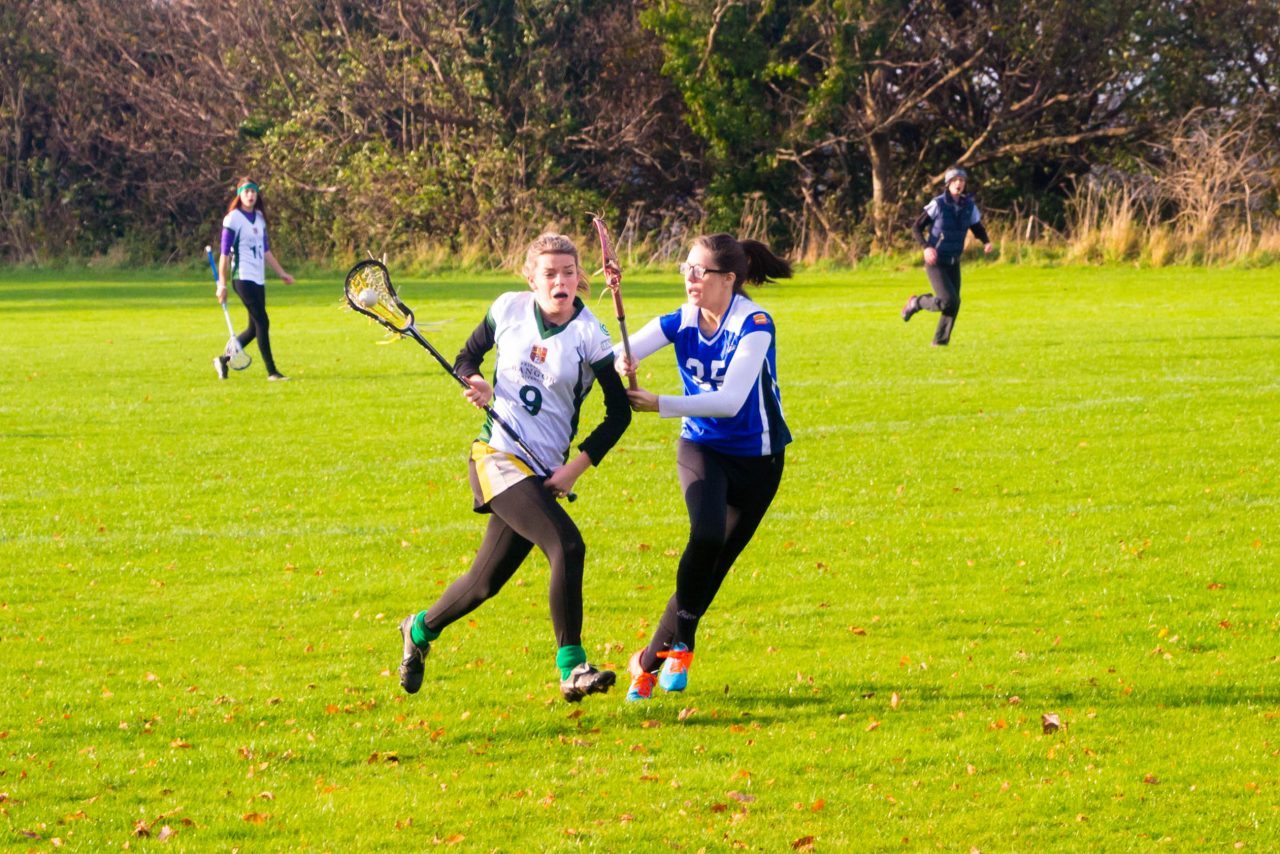 Leading by example, Bradley ran straight at the Liverpool defence to put the home side 1-0 up within the opening minutes. In a heavy scoring first quarter, Liverpool replied immediately to draw level. The away side were looking to stop the rot, having lost three games from three so far this season. They looked to be turning things round as they soon lead Bangor 2-1, only for Bradley to go on another solo run and beat the keeper from close range. Neither defence could contain the opposing sides attacks, as the score went to 3-3. Liverpool’s lack of defence was epitomised as Bangor’s goalkeeper launched the ball long, finding Bradley, who scored her third of the game to give the home side the lead they were to keep for the rest of the game.

Bangor ended the first quarter 5-3 ahead, after their goalkeeper found Philippa Darbyshire-Jenkins, who went past two static Liverpool defenders to score.

As they started the second quarter, Bangor looked a lot more composed in possession. Getting the ball behind the goal to dictate the play, Bangor created various chances for club captain Danielle Murphy in front of goal, who couldn’t quite apply the finishing touch. Liverpool were reliant on counter attacking moves to score, and did so after intercepting straight from Bangor’s goalkeeper to draw the score back to 5-4.

Bangor started to raise their game, sensing that Liverpool could sneak back into the match. Darbyshire-Jenkins created chance after chance from behind the Liverpool goal, which allowed the home team to pull away. The pick of the goals was scored by Bangor’s no. 4, who dropped the shoulder to beat her defender and give Bangor a 5-goal cushion going into the third quarter.

After creating chances for her teammates, Darbyshire-Jenkins created her own chance, catching the goalkeeper napping as she ran from behind the goal to sneak the ball into the net as the near post. She then scored another minutes later from long-range, to sure up Bangor’s dominating position at 10-4.

Bangor continued to push for more, a strong run from Bradley drawing defenders which allowed her to cut the ball back to Murphy, who finally got her goal. Liverpool added a few consolation goals, and could have had more with better passing, but their end product was not good enough.

In the final few minutes, Darbyshire-Jenkins once again caught the goalkeeper unaware, sneaking round from behind the goal to slot home, making the final score 15-8.