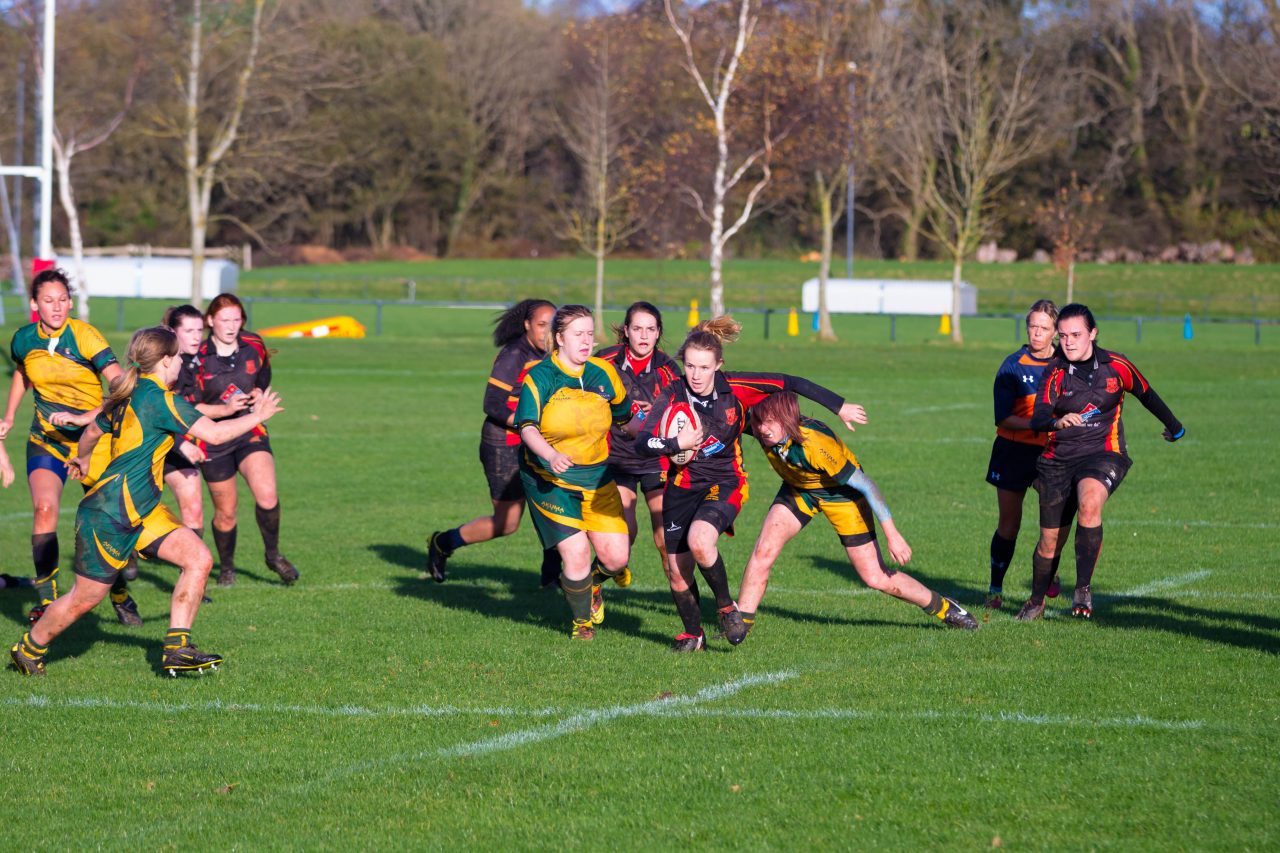 After coming 5th in the league last season, a new-look Bangor University Women’s Rugby team took on Keele University in their second BUCS game of the season last Wednesday.

Losing heavily in their first game away from home, the team looked to improve at Treborth against recently regulated Keele. Club Captain, Harriet Etchells, spoke to Seren about the team before the match, and their aspirations for the season “we are a very new team with a lot of the girls that have never played rugby before, so for this season we would just like to have a really fun season, win a few matches and hopefully set up a really good foundation for next year”.

Unfortunately, the team struggled in the opening minutes, and found Keele camped five metres from their own try line. Great defence from Bangor meant that runner after runner was deferred, with Bangor holding attackers up and forcing them back. Their defence led to Keele making an unforced error, giving Bangor the opportunity to clear from a penalty.

Possession then changed hands multiple times as neither team could assert their dominance on the game, before Bangor’s no. 6 claimed turnover ball and broke from her own 22 metre line to halfway. Keele’s indiscipline gave Bangor a penalty at the halfway line, which team captain Abigail Lee opted to run. Bangor started to apply some pressure on Keele, although it came to nothing, as Keele turnovered the ball.

At this point, Keele started to show their experience, as the scrum half began a great passing move before looping round to create an overlap on the away team’s right wing. Keele were once again knocking on the door, but Bangor’s last gasp defence was again brilliant.

Unfortunately, Keele were more successful at the dead ball situations, stealing both line outs and scrums from Bangor to put them in the ascendancy. For the third time in the match, Keele found themselves on Bangor’s five metre line, and their forwards finally broke the home side’s defence to score the first points of the match just before half time.

Immediately after the restart Bangor were on the back foot, with Keele winning a penalty ten metres from the try line. Opting to run, they pass the ball through the hands well to their flanker, who crossed over. 12 points behind, and Bangor needed some inspiration. Club captain, Harriet Etchells, lead by example, bringing down a Keele runner who offloaded, before immediately getting back on her feet to tackle the receiver. Keele kept making small yards, however, and were soon in the Bangor 22m. The away side attempted a maul on the near touchline and it was driven back well by Bangor’s forwards, although it created room for the backs who scored under the posts.

Keele’s superiority began to show, as their inside centre saw a gap and ran through to score a breakaway try from halfway.

Looking to take the game to Keele and get some points on the board, Bangor opted to run the ball from a penalty in their own five metres. Unfortunately, they knocked on and Keele’s winger pounced on the ball and scoring another try for the visitors just before the end.