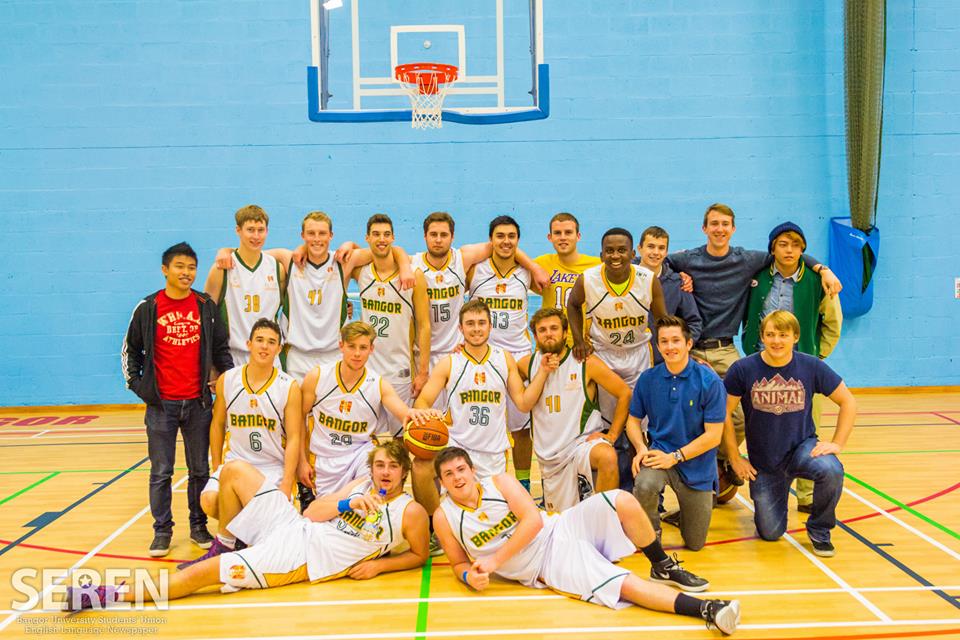 Lancaster won the tip-off, but from then onwards Bangor were in the ascendancy. The home side scored a quick 6 points without reply, before winning a first free-throw. Player of the Match, Jack Bamber ,stepped up and scored both attempts. At 8 – 0 down, Lancaster called a time-out. Unfortunately for the away team, it did little for their performance, with Bangor retaining their lead. Jordan Lamb, an international student from the University of Maine, twice went close to scoring a 3-pointer, with Bangor collecting the rebounds and scoring two baskets. Lancaster had little of the play, often only scoring from free throws, meaning the gap between the teams stayed at 10. At the end of the quarter, no. 6 Joseph Robinson scored a great shot from near the halfway line to make it Bangor 25 – 13 Lancaster.

As the second quarter began, no. 1 Lewis Organ scored twice in quick succession to increase Bangor’s lead to 15 points. Lancaster’s shooting became worse, and the lead remained the same for the rest of the quarter.

Bangor started quickly in the third quarter, not allowing Lancaster a shot for the first three minutes. Great defensive work meant Bangor constantly harassed the Lancaster team, often stealing the ball and launching a counter attack. However, the harassment of the Lancaster point-guard was too much for the referee, who felt the need to give Jordan Lamb a talking to.

In the final quarter, Bangor added another 9 points, to make the final score Bangor 69 – 47 Lancaster, in front of a packed home crowd.