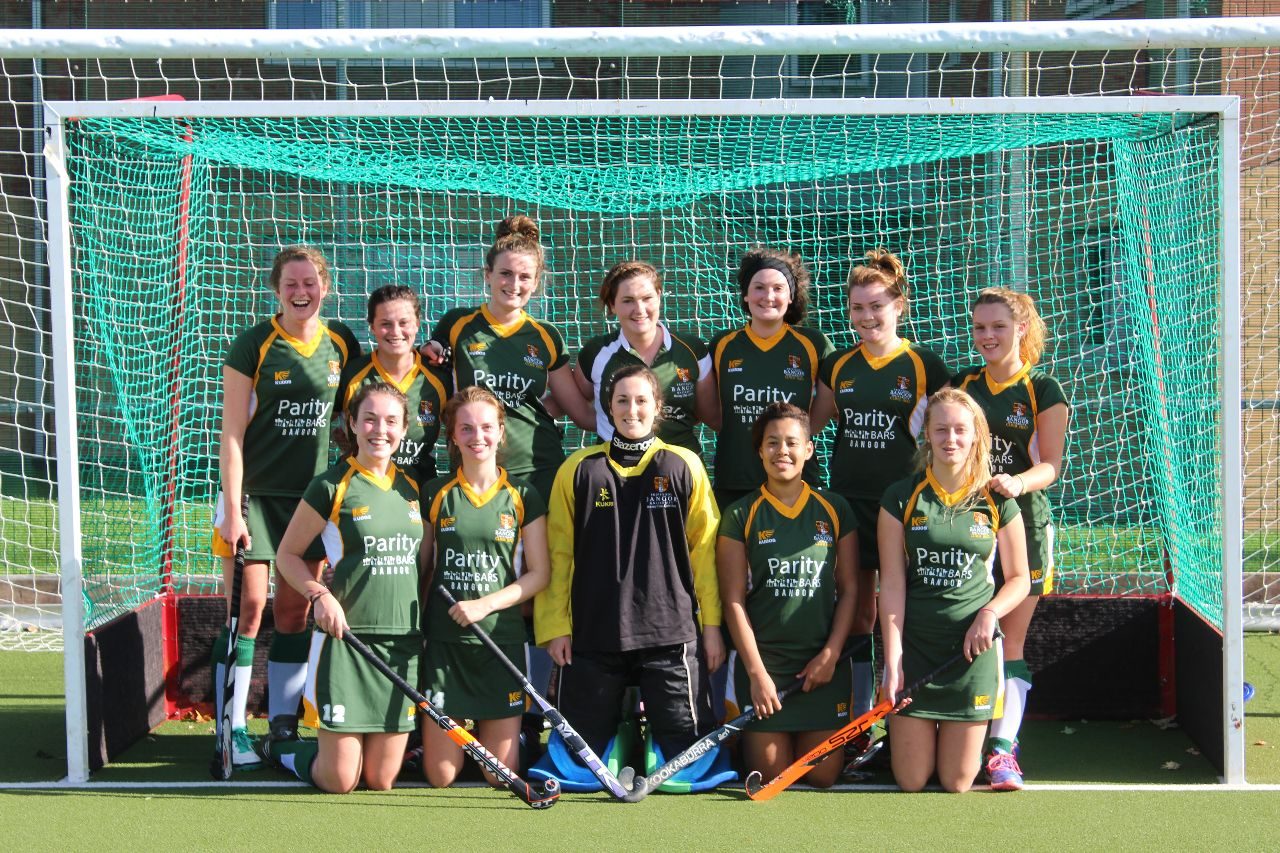 Bangor’s Vice Captain, Rosie, stepped up to lead a side containing four new players this morning. Bangor started the game brightly, registering two shots on target to Welshpool’s none in the first twenty minutes. Welshpool did begin to create some chances as the half progressed, only for some brilliant defending from today’s Bangors captain and no. 5, Rosie, to break down the Welshpool attack again and again.

As half-time loomed, Bangor’s no. 20 , worked hard to track back and win the ball from a Welshpool attacker before launching a quick counter attack, much to the delight of the supporting men’s first team. Bangor’s fitness and stamina is likely to increase further over the season, as the club partakes in weekly tailored performance gym sessions.

No. 20 was once again involved in the midfield only minutes later, winning the ball for Bangor before spreading it wide on the right to no. 19. This approach was utilised by Bangor throughout the match to good effect, although this time the ball ran out of touch.

Despite Bangor’s ascendancy, they could not breach their opponent’s goal, and the score remained 0-0 at half-time.

Without a permanent coach for the start of the season, Bangor were rallied by Club Captain Jess Bryne at half-time, and the team came out with renewed vigour, instantly putting the pressure on Welshpool. For the first ten minutes of the half, Bangor were camped near the Welshpool goal, with only some great saves from Welshpool’s goalkeeper denying Bangor.

Bangor’s no. 19 created the game’s best chance so far, running down the wing and byline before fizzing the ball across the Welshpool goal. Once again, the Welshpool goalkeeper came to the away team’s rescue. Welshpool could not continue to rely on their goalkeeper however, as two minutes later another Bangor attack down the right resulted in a close range shot for no. 70, which the goalkeeper could only parry to Bangor’s no. 17, Lily, who slotted the ball home to give Bangor a deserved lead.

Straight from the push back Welshpool were again in trouble, with Bangor’s no. 6, a student returning to the team after a year abroad, got her shot away for the goalkeeper to save brilliantly. Welshpool tried to get back into the game, with their best chance of the half coming from a quick counter attack, which was broken down once again by no.5, Rosie.

Bangor’s no. 70 put the home side 2-0 up not long after, slotting the ball into the net after good work out wide from no. 19. It could have been a brace for no. 70 not long after, who pushed the ball just wide of the far post from a cross.

Although Welshpool did have a flurry of short corners towards the end of the match, they could not assert themselves, and the game finished 2-0 to the home side, who have now taken four points from a possible six in their opening two fixtures.