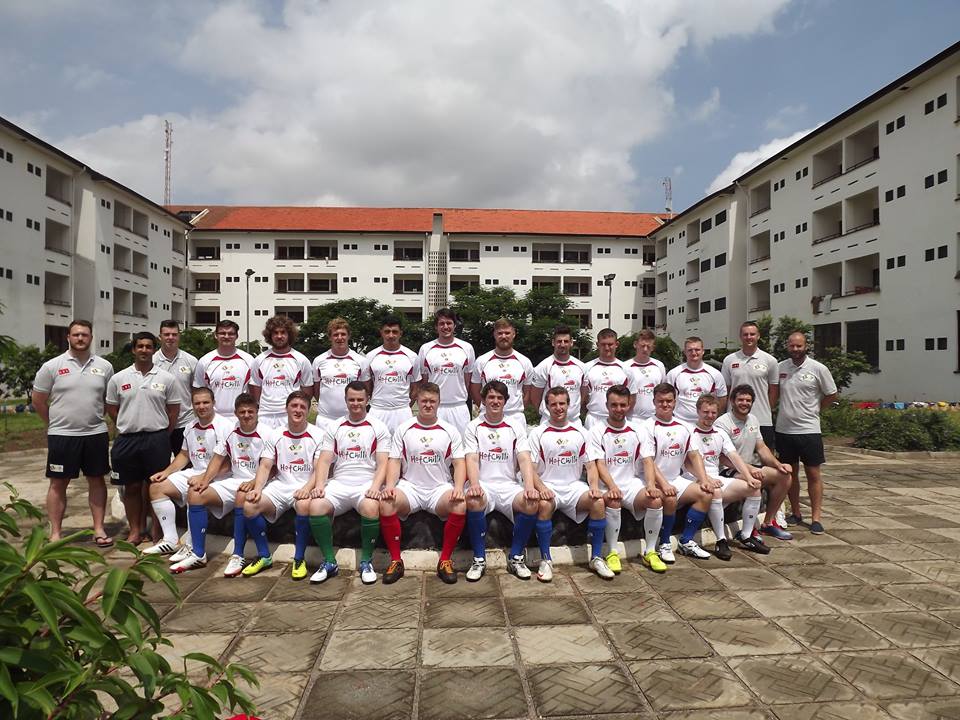 A GB Rugby League team made of students have recently returned from a successful tour of Ghana. Spending two weeks in Africa, the team coached over 200 schoolchildren, as well as recording victories in matches against the Ghana All-Stars and the Ghanaian National team.

Ben Chipperfield, Bangor University Rugby League’s Captain, was selected to be part of the squad despite having only played rugby league for two years. When Seren spoke to Ben, he said, “I was very excited and proud to receive the invitation to tour with the Pioneers. It was a great experience taking a sport I enjoy playing and helping it to develop in a new country. It was a great trip, seeing a country I would not have visited if it wasn’t for rugby league.”

To cap off becoming a part of Ghanaian rugby league history, which Ben himself described as a “great honour”, he also scored the opening try of the tour, in the Pioneers first victory against the Ghana All-Stars. The team went on to finish the tour undefeated.

Since forming in 2005, the team have toured various countries around the world in order to promote and aid in rugby league coaching. Players are selected from across Great Britain and previous experience of developing the sport is taken into account in the selection process.

To find out more about GB Rugby League Pioneers and their work, you can visit their website www.gbpioneers.co.uk