Dragons are Spirit of the AU 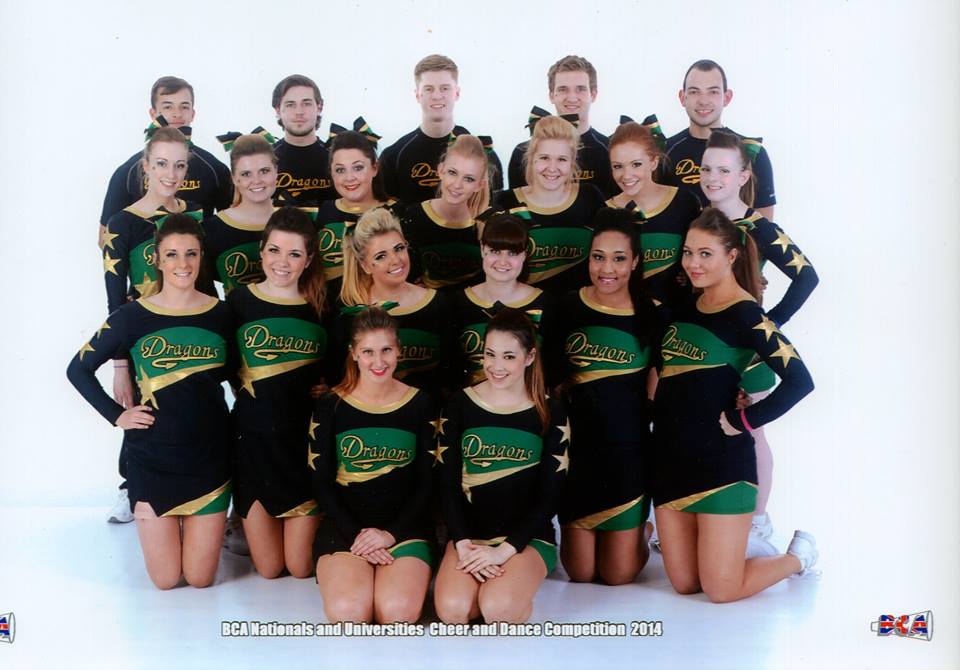 This year Bangor Dragons Cheerleading Squad have had their most successful year to date managing to place in the top 3 squads at competitions an astonishing nine times. At both Regional and National level, Bangor Dragons have excelled. The highlight of the year was a first place trophy for the all-girl level 3 group stunt team that competed against not only university teams, but also well-known all-star teams from across the country. In April, the co-ed level 3 cheer squad also took second place at the annual National University Championships. These outstanding results and growing reputation could not have been achieved without the hard work and dedication of every team member. Although stressful at times, due to the changes a single injury can make to the dynamic of the team and the squad’s choreography, Bangor Dragons have enjoyed their success.

Training three times a week, the squad have also given their time to participate in many university events. The Dragons have supported the Men’s Basketball team at all of their home games, giving demonstrations and creating an exciting, motivating atmosphere. They also travelled to Aberystwyth to attend Varsity this year for the first time, to support all of the Athletic Union’s Clubs. The squad were delighted to be asked to perform at the successful Bangor Sport Relief Mile in March, which allowed them to showcase their talents to students and public alike. As well as pleasing the large crowds, a number of squad members got involved in the run itself and raised hundreds of pounds for charity. Other fundraising events and participation within the Athletic Union, resulted in the awarding of the Steve Connor Spirit of The Athletic Union Award to the Bangor Dragons Cheerleading Squad at the Athletic Union Dinner. A number of the squad, achieved half and full-colours for their commitment and performance throughout the year.

Despite the majority of the squad having no previous cheerleading experience, all have excelled, both individually and as part of the team. Many have grown to love the sport and see the squad as their second family.

On a more personal note, I would like to say well done to everyone who made Bangor Dragons what they have been this year and a huge good luck to the new committee and next year’s squads!