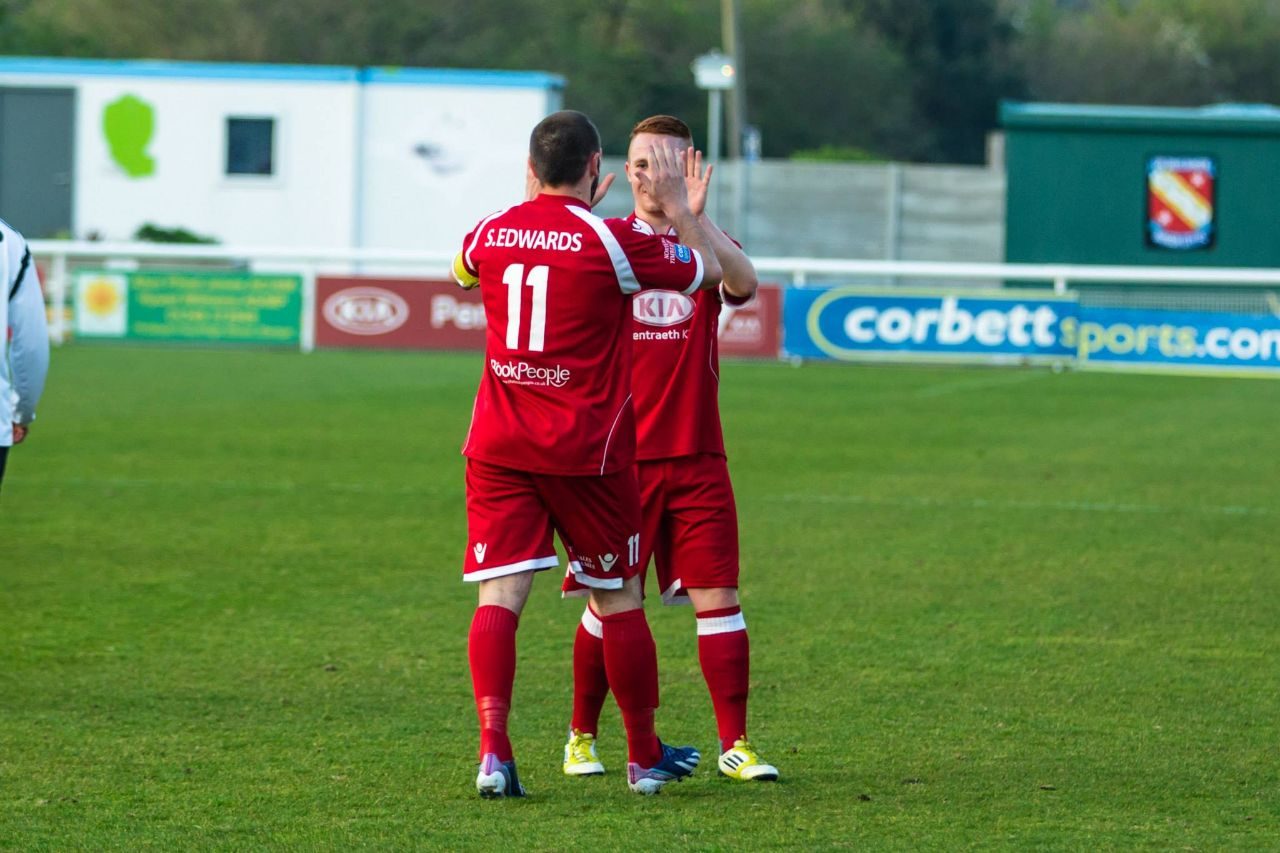 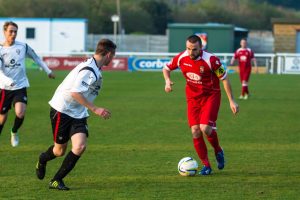 Tuesday night saw Bangor City’s youngsters presented the chance to mimic the senior squad and defeat arch rivals, Rhyl FC, and it was a chance they took gladly.

Following Bangor’s 2-0 win over Rhyl on Saturday, City manager Nev Powell decided to move some of his younger, less experienced players up into his first team squad as they took on their rivals once more – this time looking for a place in the Challenge Cup final. It was quite strange, yet nice, to see the mixed up team which featured usual Bangor substitutes Jamie McDaid, Nick Bould and Joe Culshaw among others as well as younger players that rarely make the first team bench such as Sam Faulkner and Phil Warrington.

Bangor kicked off to a flying start, dominating possession and constantly on the attack – often through senior team members Sion Edwards and Damien Allen. In the opening minutes City were presented with a great opportunity from a set piece but couldn’t quite make it count.

Rhyl managed to gain a corner but it amounted to nothing and Bangor were straight back on the attack down the left wing, with Edwards. The first ten minutes saw lively play, from both teams, and a number of good crosses into the box from Sion who started the match as Bangor’s captain. The homeside’s youngsters struggled to get on the end of his crosses though but it was still encouraging play for the dedicated supporters, who had turned up to Nantporth, to watch. It was especially nice to watch from the sidelines as Edwards praised his younger teammates and gave them advice and stepping aside from set pieces to give his teammates the experience instead.

It took about 20 minutes for City to open the scoring through Sion Edwards with a great shot from across the box after dribbling past a number of Rhyl defenders.

Moments later Rhyl had a shot on goal which was brilliantly gathered by Nick Bould in the Bangor net and the visitor’s found themselves struggling to complete any passes in the Bangor half. Rhyl’s biggest chance so far came from a free kick in a great position but some brilliant goalkeeping from Bould kept it out and left us questioning why we don’t see him in the first team more often.

The first half continued with Bangor in the drivers seat and whilst Edwards continued to encourage Colbeck and McDaid to take chances against the Rhyl keeper, as well as having a few brilliant attempts on goal for himself. Nevertheless, the first half ended Bangor City 1 – 0 Rhyl.

City opened the second half still very much hungry for goals and within the first minute had a great shot on goal but it narrowly missed, going past the post. The home side were much more eager with plenty of shots on goal and it wasn’t until a great tackle from Rhyl’s Greg Strong, disposessing Bangor, that we saw something positive from the visitors. Any attack that Rhyl began to build up however were easily cleared by a solid Bangor defence.

For a little while it felt as though Bangor might be running out of steam but when Rhyl gave away a free kick in a prime position on the hour mark, Sion Edwards made it count, skimming straight over the wall and beating Askew making it 2-0.

Moments later a mid-air collision knocked Edwards to the floor and not long later he was replaced by Chris Jones who took over as captain.

Jones was presented with a corner soon after coming onto the pitch, which he drove into the box well but Rhyl were just about able to clear it. 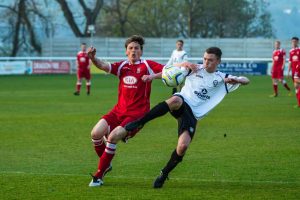 With the change in lineup Bangor seemed to slow down and possession became much more end to end. A slipup in defence gave Rhyl their best chance on goal but Nick Bould was quick to respond, keeping his clean sheet.

With Edwards now gone from the left wing, youngster Jamie McDaid stepped up and managed a brilliant cross into the box but Faulkner couldn’t quite get on the end of it. Then moments later the home team were presented with another great chance as Rhyl’s keeper, Mike Askew, came out of his box to stop McDaid before he could get a chance on goal but the young Bangor player was able to easily get away from the keeper but unfortunately wasn’t quick enough in getting his shot off.

With ten minutes to go Rhyl’s attack started to pick up but a huge mistake in their own half from Whitehouse gave Bangor an easy third goal thanks to James Colbeck.

The match ended 3-0, with Bangor booking their place in the cup final against Caernarfon on 10th May at Nantporth. It was a brilliant effort from City’s youngsters, with a lot of hard work from Sion Edwards. As great as Edwards was in setting up his younger team mates, and encouraging them, our man of the match had to be Jamie McDaid who was a constant fixture in Bangor’s attack, trying to get on the end of everything.