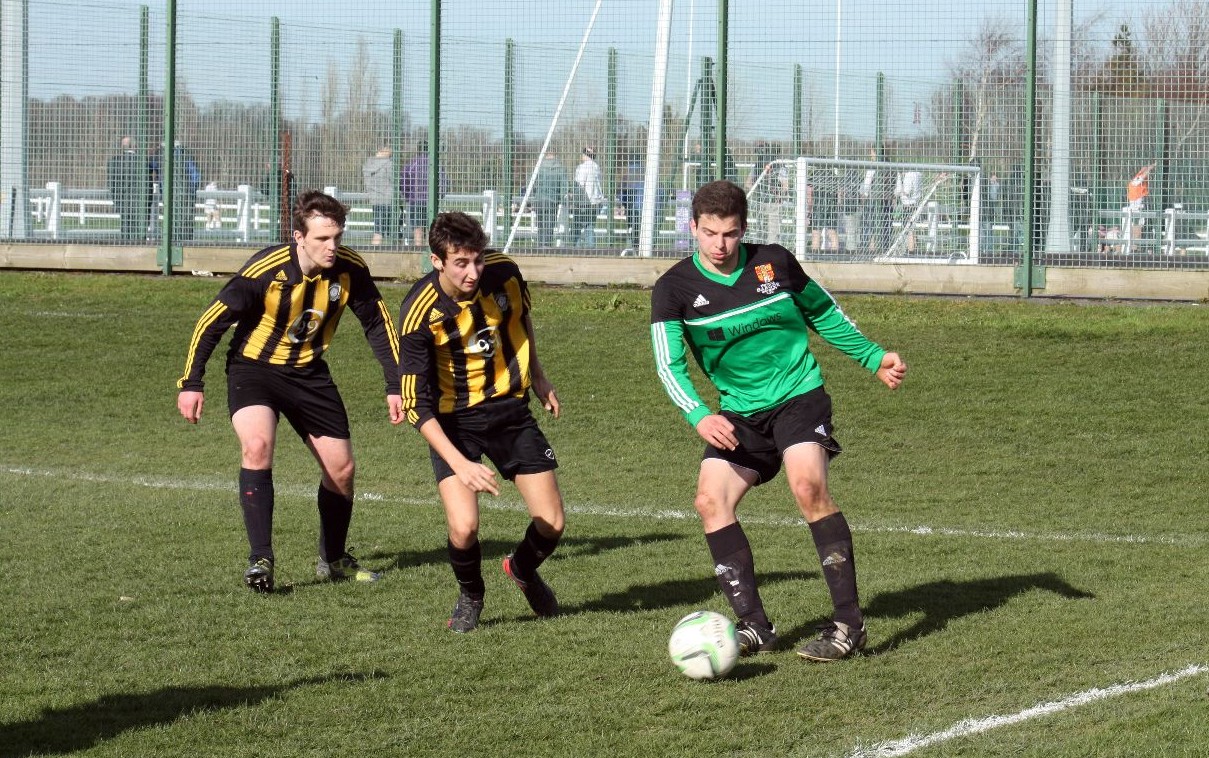 Bangor in action in their 4-2 victory over York for the BUCS Northern Conference Cup
Photo Credit: Bangor University FC

Chris Davies, Josh Stadnicki, Jamie Steel and Tom Wood, who are all students from the School of Sport, Health and Exercise Science, have been selected to be a part of the 23-man Welsh squad.

They were chosen for the Welsh Universities Men’s football team after two days’ worth of trials were held at the University of South Wales, and are expected to compete in the tournament, which will see them pitted again both Scottish and Irish Universities.

Bangor University’s Men’s football team head coach Sion Rowlands said of the selection: “Having our players chosen for Welsh Universities is great chance for them to be recognised on a national stage. Chris [Davies] has represented Welsh Universities before, but for the others it will be a new experience and I’m looking forward to seeing them in a Welsh shirt.”

The news follows what has been a great year for Bangor University’s football teams; the teams have become champions of both the Women’s and Men’s leagues. Earlier in the year, Bangor University’s Men’s football team won their league with two games in hand, which is the second year in succession that the team has gained promotion, and on Wednesday 19th March, the team won the British Universities and Colleges Sport (BUCS) Northern Conference Cup after playing York University, where they won 4-2. Just this week the Women’s team recorded a spectacular 12-0 win against University of Cumbria Women in what was their last game of the season, securing them the top spot in their BUCS North 3A league.

“I have really enjoyed working with the student team and I hope the league win is the first step towards getting us into the highest division of student football,” said Mr Rowlands.

The Welsh Universities squad will be playing Ireland at Dragon Park, which is the home of the Football Association of Wales, on Wednesday 2nd April, after which they will be setting off to play Scotland in a match scheduled on Monday 14th April.