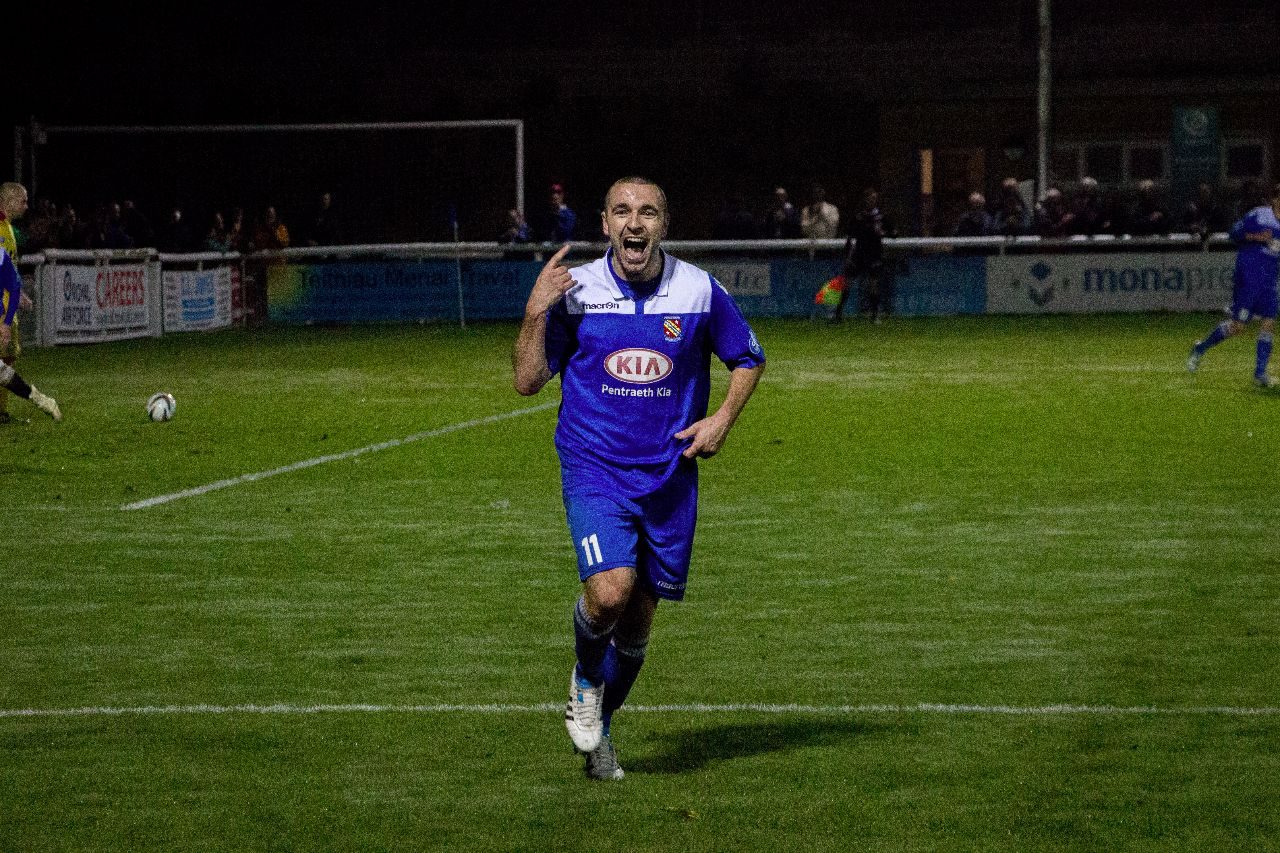 A relentless Bangor side gave their supporters a victory to be proud of as they took down opponents Connah’s Quay 4-1 at Nantporth on Friday night.

Things got off to a rocky start for City after Mike Hayes capitalised on a rebound leaving the home side trailing 1-0 in the third minute.

Conceding the goal seemed to kickstart the Bangor engine and a Sion Edwards cross met by a Les Davies header gave City the equaliser in the tenth minute. Bangor’s powerhouses teamed up once again when, just a minute later, Davies setup Edwards for a break that ended in him blasting the ball into the back of the net; 2-1.

Two goals, in two minutes was exactly what the Bangor supporters needed after a less than thrilling start to the season. The crowd were on their feet and the Citizens were on the offence. 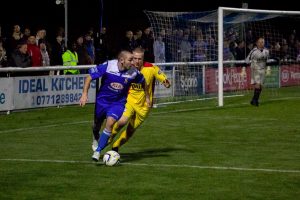 Much like City’s win away at Port Talbot last week goalkeeper Idzi’s earlier mistake was made up for by the hard work of his teammates and a few great saves from himself. However, the rest of the first half was Bangor’s game and there were plenty chances for more goals from Davies and both Sion and Ryan Edwards.

Holding on to the lead and getting the win would boost Bangor up to fourth place in the Welsh Premier League and the pressure of that seemed to get to the Citizens as the second half began.

Play became messy with powerhouses Davies and Sion Edwards starting to lag after their energetic first half. Passes were lost and the ball was rarely getting into Connah’s Quay’s half before returning to Bangor’s.

Whilst Bangor still had the upperhand, the match looked as though it would end as it was, 2-1. The home side were struggling to create chances and any attack on goal from Connah’s Quay was quickly shutdown by Bangor’s solid defence, assisted by Sion Edwards who seemed to be all over the pitch.

An injury saw Rob Jones leave the pitch, replaced by Joe Culshaw in the 55th minute and the newcomer was straight into the game creating a break that Davies couldn’t quite capitalise on.

Just as the crowd were starting to calm down Jamie Petrie headed Bangor’s third goal into the back of the net after a Ryan Edwards cross.

Three goals wasn’t enough for Sion Edwards who continued his attack on the visitor’s net and in the 71st minute knocked the ball once more past Terry McCormick for his second goal of the match and Bangor’s fourth.

Four goals for the fourth in the league.

The last twenty minutes of the game saw Bangor create a number of chances but Connah’s Quay goalkeeper McCormick made some brilliant saves. Any break for the opponents was stopped by Idzi or prevented by his team’s tight defence.

And moments later the crowd were on their feet once again as the final whistle blew; Bangor City 4 – Connah’s Quay 1.

The Citizens will entertain Camarthen Town on Saturday afternoon hoping to avenge their draw away at Camarthen last month and continue their winning streak.