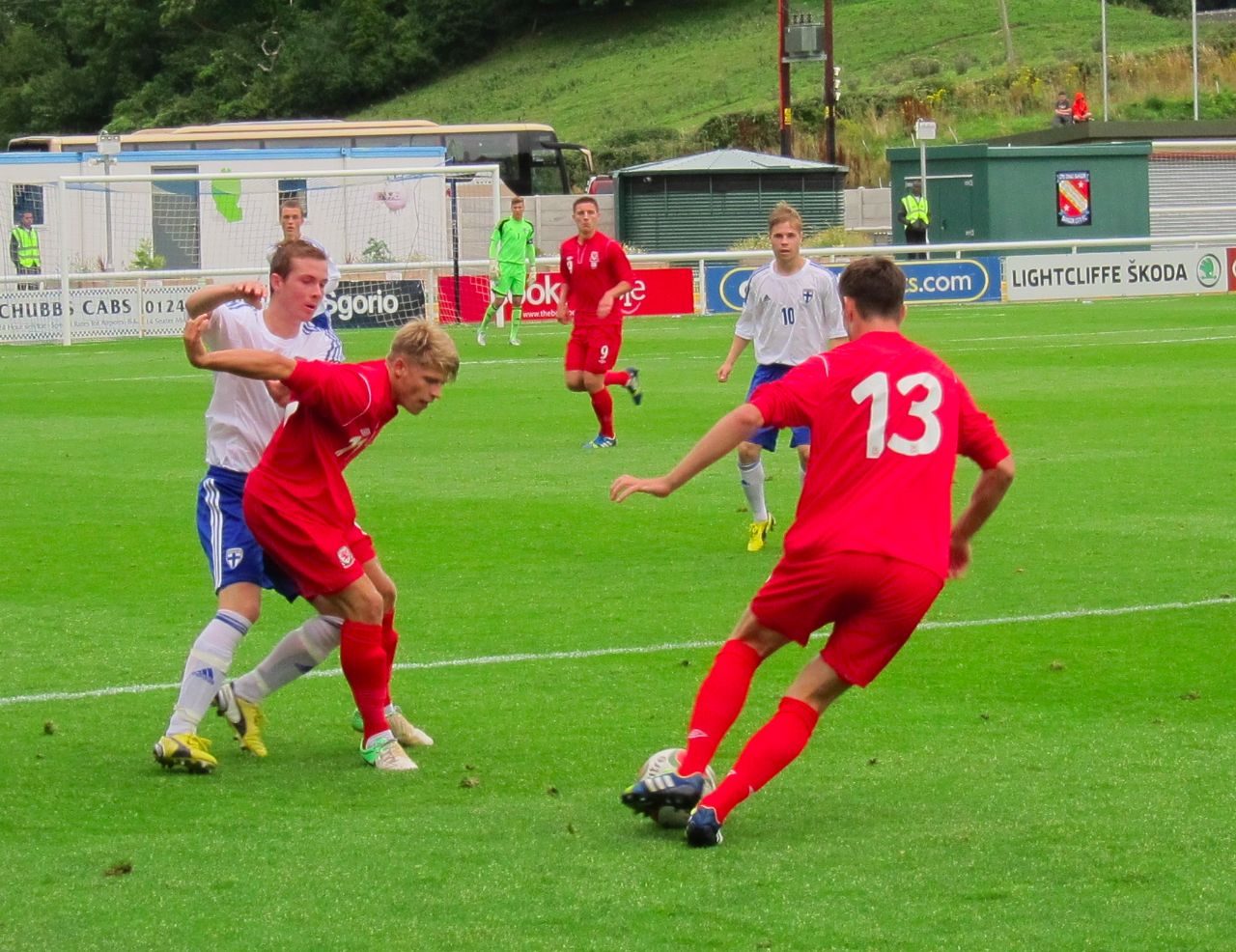 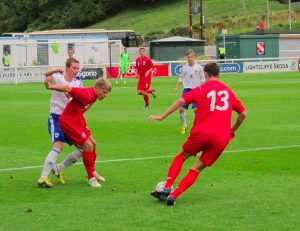 Bangor City played host to the sold out under 21’s Euro 2015 qualifier between Wales and Finland last week.

“It’s been a real team effort and quite an achievement for us, the first time we’ve hosted a competitive international in over twenty years” said Gwynfor Jones, Bangor’s General Manager and Club Secretary.

The Welsh team, which was missing a few key players from it’s usual starting 11, were outmatched by their Scandinavian opponents from the start.

Just 7 minutes into the game and their opponents had already taken the lead with a shot hitting the back of the net from Finnish forward Kastriot Kastrati, a sign of things to come. It was only four minutes later when Wales conceded yet another goal this time off the boot of Tim Vayrynen; the first of his hat trick.

“Finland were much more clinical in front of goal” said Mr Jones of the fantastic performance from the Finns.

They dominated the game in both possession and skill, leaving them deserving of the win.

The first half of the match ended at 4-0 with another goal from Vayrynen and one from Yaghoubi.i

After the second half it felt as though there was a little more heart in the Welsh side as they fought hard to get back into the game. Towards the beginning of the second half they gained more possession than in the previous 45 minutes.

Despite a penalty awarded in the 47th minute leading to a goal from Manchester City midfielder Emyr Huws, there wasn’t enough left in the Welsh team to recover. One more goal from Vayrynen and the Welsh fate was sealed with the match ending 5-1. 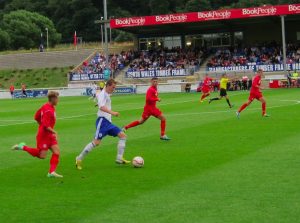 “It was a disappointing result but it just means that Wales owe us another visit to put it right” joked Mr Jones.

The club have received a lot of positive feedback from the match which sold out and much to the relief of those who worked hard to organise it.

“We’ve been working with the Welsh FA since January on this and it has been a stressful three weeks but worth every second” he continued.

Bangor City, and their 18 month old stadium, are the only club with the facilities to host these kinds of games and so the pressure was on to pull it off.

Following the success of the Wales v Finland match the club have been awarded the Victory Shield final in November which will be broadcast on Sky Sports.