It’s a kind of magic for Quidditch 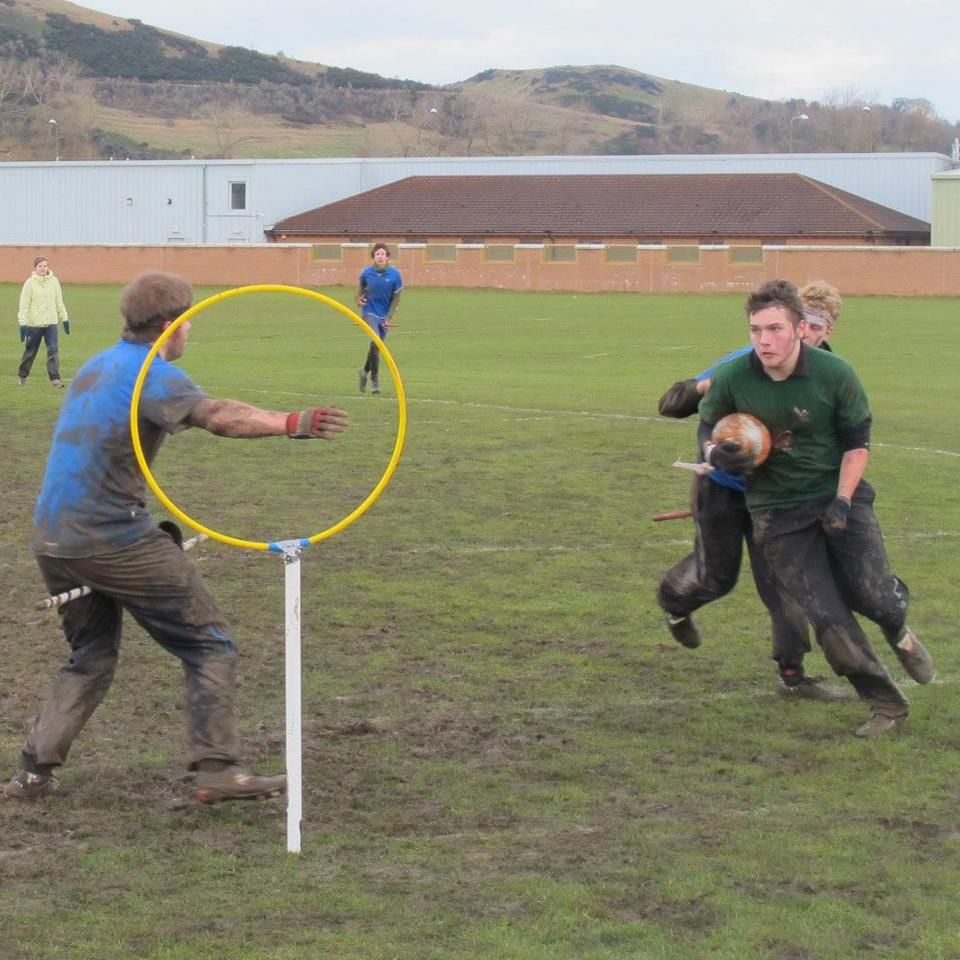 The worldwide phenomenon that is the Harry Potter books has inspired people to write music, make videos and now has people taking to their broomsticks and playing Quidditch. Based on the air born game from the books and adapted at an American school by students in 2005, Quidditch is now played at over 300 universities and high schools and is fast taking hold in the UK.

What started out as a group of friends playing for fun down by the stone circle has become a fully-fledged AU club with the Captain, Emily Oughtibridge being the driving force behind it. With a great deal initial interest and those people who were really passionate have stuck with it Bangor Broken Broomsticks has become one of the top Quidditch teams in the UK.

Early on a February morning we packed up our kit, jumped in a minibus and headed over to Aber. The weekend before Bangor had lost in Varsity so the Quidditch team had a score to settle. Giving it our all and playing our best, Bangor won all 3 games played, not conceding a single goal. Although one of our players broke a finger and aber had a broken collar bone, this game had given the team a massive boost and we could not wait to head up to Edinburgh for the first major UK tournament, The Highlander cup.

The 3 weeks until we got to go to Scotland seemed to drag but when the day finally came around and after the 7 hour drive we arrived. Staying in the shadow of the castle and having a good half day to explore the city we were all pumped and ready to go the next day. The five teams playing were Edinburgh, Saint Andrews, Keele, Oxford and of course Bangor, and our first game was against Saint Andrews. It had been raining all day but as we ran onto the pitch and got warmed up ,the snow started to fall. Fighting on thought the cold and snow Bangor scored five before Saint Andrews caught the snitch, ending the game with Bangor win 50 to 30. Despite the awful weather and our team thinning out though injury and mild hypothermia, we went straight on to play Oxford. Bangor were on the back foot from the start and conceded six goal without scoring. The game was called off when a player received a concussion in an awkward fall, with Oxford winning.

The next day came and Keele forfeit without playing Bangor so semi-finals didn’t take place. Therefore the tournament finals would see Bangor face Oxford again. There was just enough time at this point for a quick friendly match between Bangor and the Scotland team which Bangor won. By the time the final came around, our team had been plagued by injury with about half still being able to play, but that didn’t stop us. Holding our own against the larger team was knackering but as the game draw to a close Bangor’s new captain Lee Marsh suffered a leg injury and had to be stretchered off the pitch and taken to hospital, resulting in the game being called at 120 to 40 to Oxford.

If you’re interested in playing come along on a Wednesday and Sunday afternoon at the stone circle.