Off the wall with Climbing 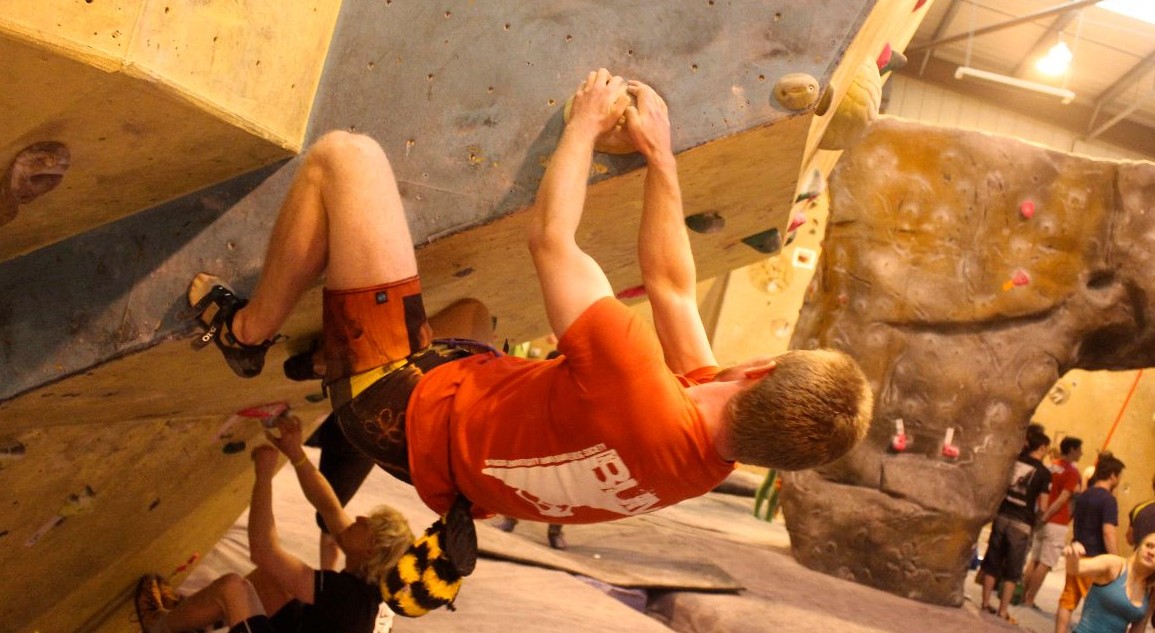 Bangor University Mountaineering Society (BUMS) hosted the first competition in their history at Indy on the 9th of March. Indy is owned and operated on Anglesey by John Ratcliffe. He explained that he is a climber himself in the local region and ‘loves it’, prompting him to open the business.

This wasn’t the first competition John has hosted in Indy, having put on events for the Army, cadets and various other groups in the past, none of which were disappointed. He went on to say that the competition was ‘about including everyone’ and that the problems set up ranged in difficulty, with 80% being achievable by everyone present. He expanded on this saying that ‘everyone helps each other. They discuss how to complete a problem and generally it’s about having a good time’. This is one thing he can be sure everyone did have.

The initial movement proved to be chaotic, as people scouted out each problem

As everything kicked off, there was a cacophony of sound, people began chatting with background music sounding around the hall, setting a beat for people to climb to. All in all, there were twenty five problems for the competitors to master, but, with no set way to tackle them, the initial movement proved to be chaotic, as people scouted out each problem, deciding which to tackle first. As the competition got underway, the four groups of students, from Aberystwyth, Bangor, Newport and UWE, mingled instantly. With problems testing all aspects of the competitors – stamina, strength, intellect – everyone was in it to win it, with no one having an out and out advantage. With three hours of competition flying by, it was time to discover who would be victorious, with points based on how many attempts it took to complete a problem, and also if you had managed to utilise the bonus hold. The individual rankings were tight at the top, with the top three girls separated by a meagre five points. Meg White, of Bangor, claimed third with 185 points, Charlie Torrante, of Bangor, clinched second with 189 and Gwen Lancashire was top with 190 points. The men’s was a similar story: Alex Whitmore, of UWE, came third with 217 points, Henry Francis, of Bangor, in second with 220 points and Jack Holland, of Newport, won with 223 points. However, the overall winning university, based on average points, was UWE.

As everything wound down I was able to catch a few words with James Stops, one of the organisers for BUMS on the event. He was ‘really happy with how smooth’ everything had ran on the day and despite it ‘being a lot of work’ was ‘happy that everyone had enjoyed themselves on the day’. When asked about the future of the competitions he said he’d ‘love them to be annual. And, with the scope for expansion, would like to see more universities become involved’. Overall, the competition was a huge success and congratulations are deserved by BUMS for putting it on in coordination with Indy. For anyone interested in trying out climbing or getting involved in a competition, Indy is hosting the open North Wales competition on the 23rd of March.