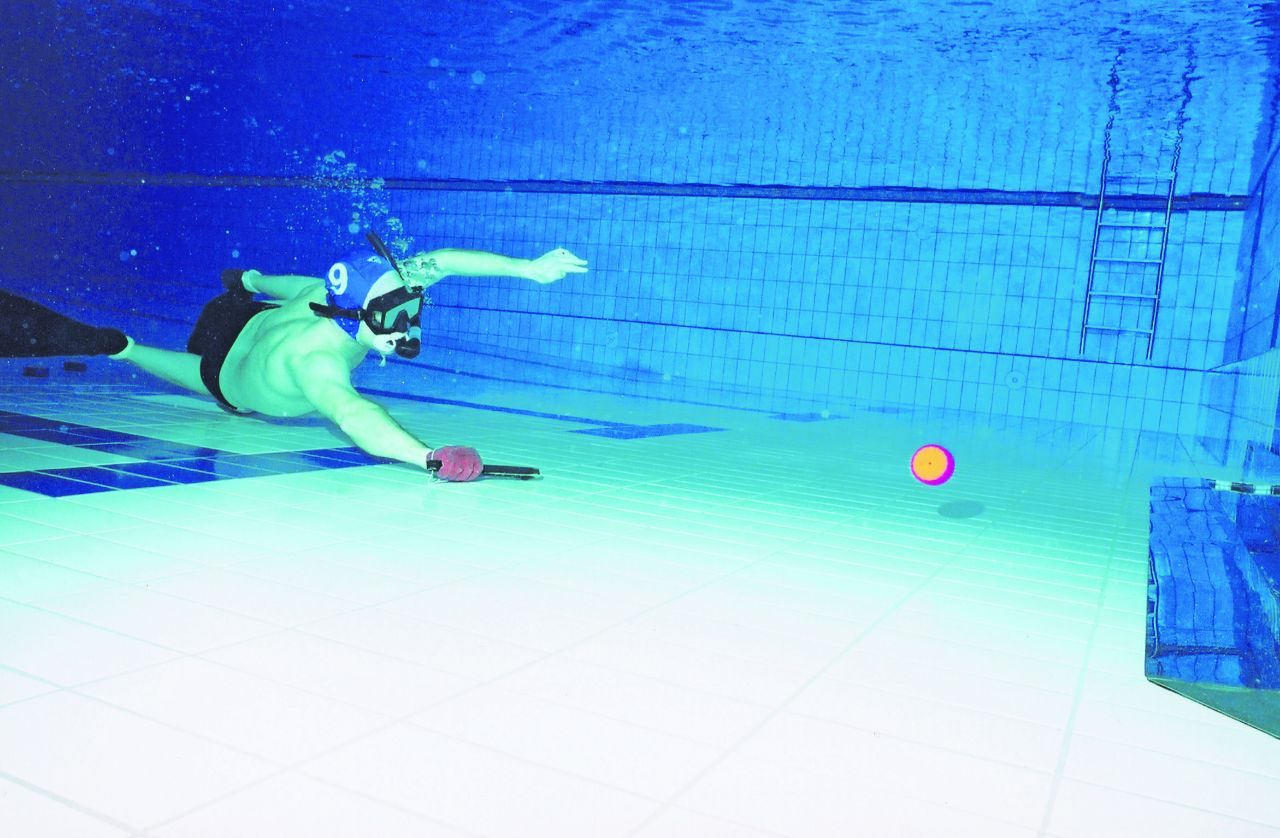 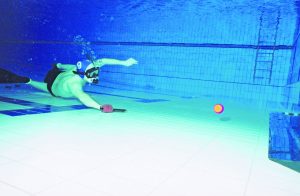 Underwater Hockey may be one of the most niche sports Bangor University’s AU has to offer, but don’t let this hidden gem’s lack of mainstream coverage fool you; the sport has a dedicated player base, as will be seen on March 9th when more than a dozen University teams from as far afield as Aberdeen and Plymouth descend on Bangor for this year’s “Octopush” – as the sport is informally known – Student Nationals.

For those of you who don’t know (and I’ll be honest, this will be most of you), Underwater Hockey is played with two teams of 5 or 6, with a lead puck that sinks to the bottom and trough-like goals that the puck must be “pushed” into. Each player is equipped with mask, snorkel, flippers and a stick of 5 or 6 inches to manoeuvre the puck. Games typically last between 10 and 20 minutes, depending on tournament rules. As mentioned, the sport does have a dedicated base of players at student level, ensuring the national tournament is a competitive affair every year.

“I’m really excited for nationals because hopefully it’s going to increase the popularity of the sport,” says Bangor captain Micha “But if that does happen, I really will miss describing the sport to strangers in an overcomplicated way, because that’s how I get my kicks.”

The Bangor University team has spent the last few weeks travelling all over; in early February, a long trip to Aberdeen for the annual Gowland Cup, and more recently the Varsity tournament. Though Bangor were unsuccessful, the experience against a team that trains more often will prove invaluable for the tournament. Aberystwyth will be at the Nationals for a return match.

This is the second time in five years that Bangor has hosted the tournament; those players who remember the 2009 incarnation were more than happy to recommend Bangor as hosts once again, in no small part because the pool that will be used is perfect for Octopush. The leisure centre at Llandudno, next to Theatr Clwyd, has a 2m x 2m pool, which will comfortably support two games at once. A large seating area for each team to make use of between games is also available, meaning that logistically Bangor makes an excellent host for the tournament.

Nevertheless, the club has worked hard to pull a number of different elements together to organize the tournament – from medals, to accomodation for well over 100 students, and the after-party to take place at Embassy.

Witnessing the 2009 tournament is part of what inspired yours truly to play, and tournament organizer Chy Allison is hoping this will be repeated this year.  “The Octopush Club is honoured to host it this year,” she said. “Hopefully we can show some of our proud Welsh culture, and help our own club to improve and grow.”