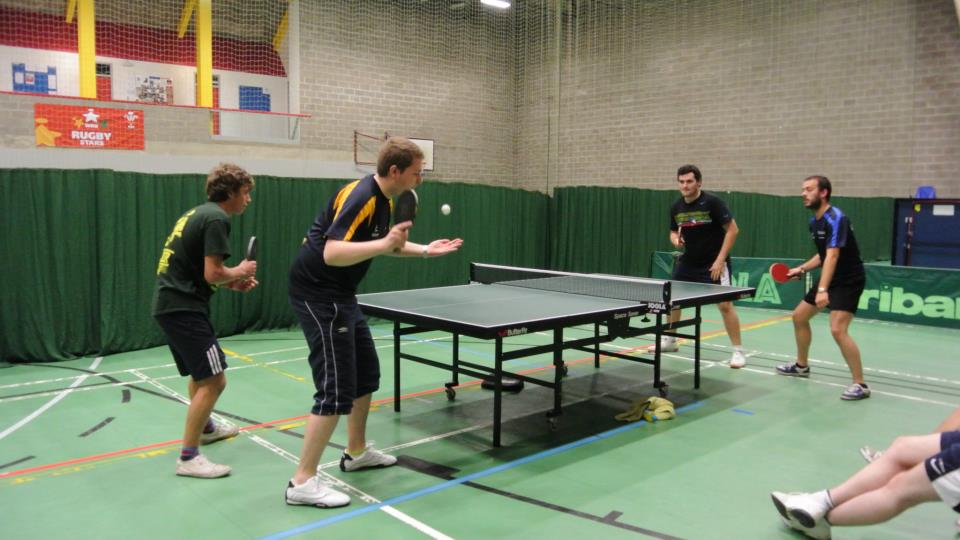 “Since becoming club captain, the major change is competing in the BUCS (British Universities & Colleges Sport) league. Playing against other universities has taken the playing standard to a higher level” said Leach.

Now in his final year of studying Biology, Leach is also in his second year of being club captain. “It can be hard work but very rewarding. I have learned a lot about organisation and have met a lot of people. It has been much easier the second year around because I knew what to expect and felt much less stress”.

The club has around 30 members who frequently attend sessions on Friday and Sunday at the University sports centre Maes Glas.

Bangor’s Table Tennis team compete in two leagues: The Llandudno league, which is based in North Wales with the University fielding two teams in this league, as well as one team in the BUCS league. “I feel both are important, especially after achieving promotion last season in the Llandudno league. Staying up is a goal the A team are all striving to achieve this season. However, BUCS is probably the more important as we are playing people of our age. We also receive more recognition from the University. Playing in the BUCS league feels as though we are representing the whole AU (Athletics Union), whereas in the Llandudno league it is more for the individual players.” said Leach.

“I think the Olympics in London influenced numbers signing up at our Fresher’s fair, but at the end of the day I think the people who ended up staying with the club were already interested in the sport, however, it may have influenced a couple of players to take it up.” He said.

The club will be taking players to the annual BUCS Table Tennis Tournament in Nottingham on the weekend of 23rd/24th of February.

Although Bangor University’s Table Tennis club may be having success, Table Tennis in Britain has seen its funding stopped by UK Sport.

After the success of the London 2012 Olympic Games, UK Sport has allocated its funding in preparation for Rio in 2016. Even though Table Tennis achieved its aim of one 32nd-64th placing, their funding was cut.

UK Sport is the organisation that determines how funds, raised by the public through the National Lottery and taxation, is allocated to elite-level sport.

BUTT will be at Serendipity 2 with information on training times, or alternatively you can look up Bangor University Table Tennis Club on Facebook.