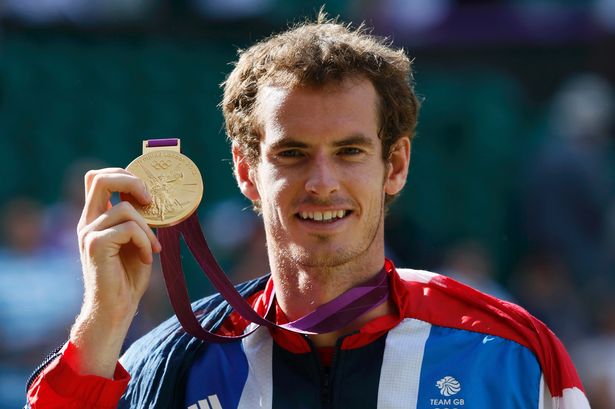 The 2012 season is definitely one to be remembered in the world of tennis; with shock defeats, unlikely victories and long held records

falling left, right and centre, it’s been one of the most gripping seasons in living memory.

The 2012 season will certainly be one for the history books in terms of British tennis, and marked the best season in Andy Murray’s career so far. After reaching the first Wimbledon final of his career (before losing to Federer in four sets), Murray defeated Federer in straight sets at the Olympics to win the gold medal, the first British male to do so since 1908, as well as winning silver in the mixed doubles with Laura Robson. He ended his spectacular run by winning the first major of his career at the US Open against Djokovic, breaking yet another record by being the first British man to win a major since the legendary Fred Perry. With a form like this, the world no. 3 can look forward to an even better season next year.

It’s also been a great season for tennis legends Roger Federer and Novak Djokovic. After a poor season by his standards last year, Federer made a stunning comeback to win his 7th Wimbledon title after defeating Andy Murray in four sets, equalling Pete Sampras’ record and taking him up first place in the world rankings. He also won the silver medal for Switzerland at the Olympics. Djokovic also had a great season, winning the Australian Open, reaching his first French Open final, and defeating Federer at the ATP tour to reclaim his position as the no.1 player in the world.

Unfortunately, the 2012 season was more of a mixed one for Rafael Nadal. He started off brilliantly, winning his seventh French Open taking him past Bjorn Borg’s record to become the most successful player in French Open history. But his success would not continue into Wimbledon, as he was sensationally knocked out in the second round, and was forced to pull out of the Olympics, and the US Open because of a recurring knee injury. It remains to be seen whether he can regain his world class form in time for the next season.

However, there’s no doubt Nadal’s absence at some significant tournaments opened up the field, as it allowed some of the top ten players to compete on the world stage. Argentine player Juan Martin Del Potro gave an impressive performance in the ATP tour against Federer and Djokovic, rounding off one of his best seasons, and world no. 5 David Ferrer came further into prominence by making the semis of many of the major tournaments.

So after all the excitement, the players get a few short weeks to rest and prepare for the Australian Open in January. With Federer back to his winning ways, Murray looking better than ever, and more players coming up to threaten the Big Four, 2013 looks to a more thrilling season than ever.