BUHC Match Report – Start of the Season until Now. 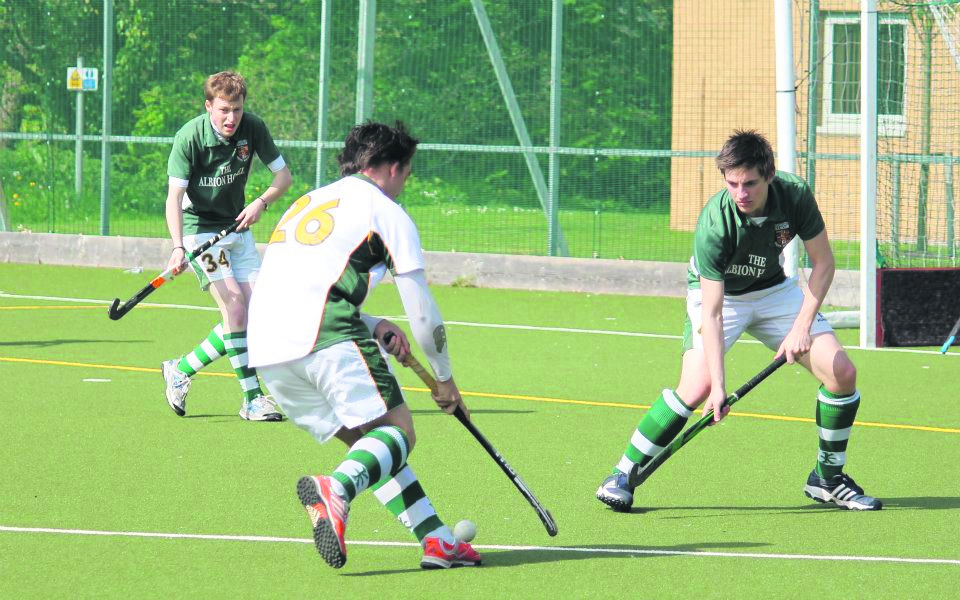 Bangor University Men’s Hockey club have had a mixed start to their season. With three teams all competing for a top spot in their

respective leagues, it was sure to say that they needed a good start out of the blocks.

The 1XI relished the challenge and with a Home fixture Vs City of Manchester 2XI. The game was a heated one with both sides getting frustrated but the home side managed to keep their cool and push on the win 3-1.

The 2XI followed suit with their opening fixture. They travelled to host team Oxton 6XI and after a very end to end game came out on top. 6-4 the final score gave the second team the boost they needed to start the season.

So with two teams already with 3 points on the table there was pressure on the 3XI to produce in their Sunday match Derby Vs Bangor City. The team travelled with high hopes to Llangefni to take on the local outfit in pouring rain and windy conditions and were sadly beaten 2-1.

Week two kicked off with 1st and 2nd teams looking to build on their fantastic starts to the season and the 3rd squad pushing for their first win. Sadly this was not to be the case, with all three teams being defeated.

The 1XI travelled to Prescot and came up just short of the points. Although there was fight left in Bangor in the last ten minutes, they could not quite pick up the deficit and suffered their first away loss 5-3.

The 2XI hosted travelling side Bowdon 6XI – a skillful side comprising of many national league veterans. The students put through many chances time and time again but in the end could not find the back of the net. Bowdon on the other hand managed to sneak one past and won the game 1-0.

The 3XI looked to kick off their Sunday league with another Derby, this time against varsity side Aberystwyth 3XI. After a 3 hour journey and a stop to pay some BUHC respects to April Jones and her community they finally arrived in Aber. Sadly the journey was not as prosperous as the side had hoped and they come away with a 6-1 loss.

Week three saw the 1st team try to uphold their home wins by hosting Springfields 1XI. The game was an absolute delight to play; there was playful banter from both sides and a great atmosphere in an end to end game. Springfields battled hard for the full 70 minutes but the 1XI were on the top of their game. Goals from Skipper Tom ‘Foxy’ Fox, David ‘Mcfly’ Roberts and Mike ‘Upskirt’ Urquhart ensured the home team were 3-0 the victors. This leaves BUHC 1XI in 2nd place in the Barrington Sports North West Hockey League with a long season ahead of them.