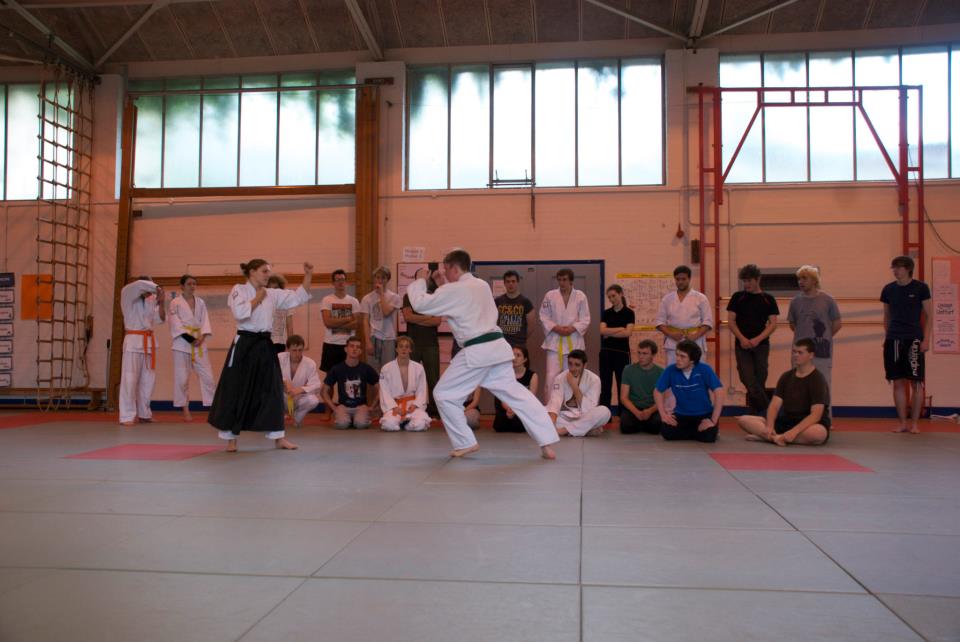 Whilst the Bangor University Jitsu Club may have been officially closed over the summer, its members have not been inactive in their achievements. This summer the club celebrated the grading of its Sensei, Gabriella Rossetti, from brown belt to 1st Dan black belt at The Jitsu Foundation Summer Ball and training course. This has been a culmination of over fourteen years of hard work. The club also gained two green belts in the form of Lewis Fisher and Harry Bradford this summer. Lewis Fisher achieved top grade out of the entire grading class and Harry Bradford received the second highest grade. They have now become the highest grades in the club under our Sensei and through their combined hard work, they have graded from novice through to green in just short of two years. They have now begun to look towards their purple belt grading. The club’s success has not ended with the beginning of the new academic year either. This year the club has doubled on the amount of Novices it has gained, compared to the same time last year. On Saturday 20th October the club took new and existing members to their first regional in Manchester, as members of the Bangor University Jitsu Club.