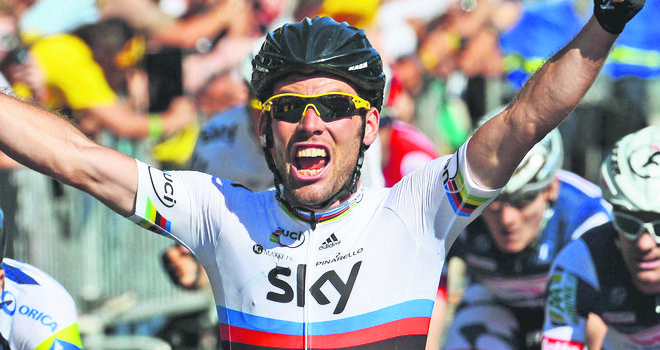 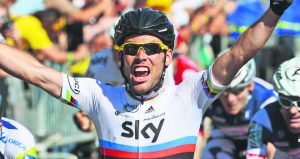 On the 13th of October, Steve Cummings won the final stage of the Tour of Beijing, the final event on the UCI World Tour. Cummings’ victory brought the curtain down on a year to remember for Britain’s road cyclists. The only thing missing was an Olympic medal for Mark Cavendish, who started the year as the World Champion.

When Dave Brailsford made the bold claim that within 5 years of Sky ProCycling’s formation, a Brit would win the Tour de France, the cycling world laughed at his arrogance. In Sky’s third season, Bradley Wiggins helped achieve Brailsford’s impossible dream. Wiggins hit form at just the right time to win the Tour de Romandie, the Critérium du Dauphiné and Paris-Nice in the build up to the Tour de France and Olympic double, a feat many had seen as impossible. As if winning the Tour wasn’t enough, he helped Mark Cavendish to win the sprint on the Champs-Élysées for a record breaking fourth year in a row, a rare gem in an otherwise disappointing season for the man L’Equipe named as the Tour’s greatest ever sprinter.

The Tour of Britain gave the public a chance to see national hero Wiggins around the country. Wiggins acted as a domestique for Cavendish and, despite a crash outside the Norfolk Showground on stage 1, Cavendish recovered to win stage 4. Stealing the show, however, was another Brit in the form of Jonathan Tiernan-Locke, who became the first British winner of the Tour of Britain in its modern form. Tiernan-Locke backed up this performance with a strong showing in the World Championships. Kristian House and Peter Williams also won the mountains and the sprints classifications respectively.

The girls have also done the country proud, despite only a fraction of the budget that their male counterparts receive. Norwich’s Emma Pooley and British Champion Sharon Laws helped their AA-Drink team to a bronze in the World Team Time Trial and Lizzie Armistead won Olympic silver, losing out to Marianne Vos but beating Olga Zabelinskaya after the three of them broke off the front of the peloton.

Can British Cycling keep the momentum up? It is hard to see them not being able to under supremo Dave Brailsford. Riders to look out for in the coming seasons are Welsh wonderkid Luke Rowe, Tour de France runner up Chris Froome and British Champion Ian Stannard, as well as the possibility of further female success with a new academy and a possible road career for Olympic star Laura Trott. Next year will also see Wiggins and Cavendish as opponents once again, with Cavendish leaving Sky to join Belgian team Omega Pharma-QuickStep.