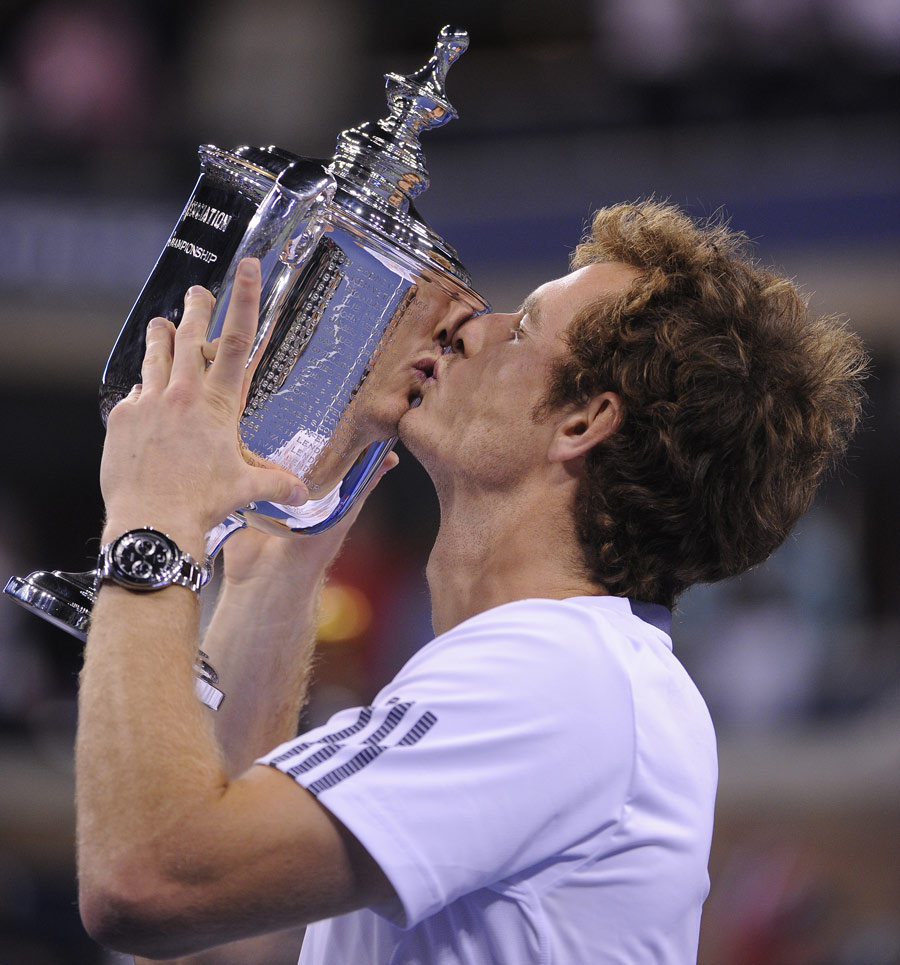 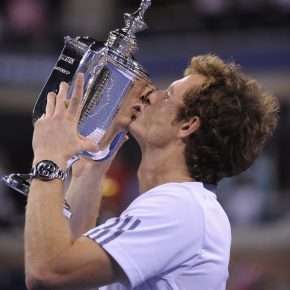 Andy Murray has become the first British man to win a Grand Slam tournament in 76 years after a heroic 5 set victory over Novak Djokovic at the US Open. Adding to his Olympic goldmedal and first ever Wimbledon final, Murray’s first Grand Slam victory ensures his place in tennis history
It was a very close final, and was as thrilling a match as was expected from the world no.2 and no.3. An extremely close first two sets, which included a 26 minute tie break and a 54-shot long rally, ended in Murray winning 7-6 7-5, and one set away from victory. Many were beginning to think that Andy could win it in straight sets, especially as Djokovic was making some uncharacteristic errors. But Novak’s legendary strength and stamina kicked in and he took the next two sets 2-6 3-6. A few years ago, this would have been the end for Murray, but the incredible strength he has built up over his last few years on the tour came through for him, and he decisively won the last set 6-2.
Murray, watched by his mother Judy, girlfriend Kim Sears, and other famous supporters such as Sir Alex Ferguson, seemed to be in disbelief at his victory, but recovered enough to praise Djokovic’s great performance: ‘Novak is so strong, he fights until the end of every match and I don’t know how I managed to come through in the end.’ This is the first time Djokovic has lost on hard court for over 2 years, but the five-time major winner was gracious in his tribute to Murray, saying ‘I had a great opponent today. He deserved to win this Grand Slam more than anybody. I would like to congratulate him.’

Murray’s victory takes him up to third in the world rankings ahead of Rafael Nadal, and his first Grand Slam win has some speculating that his sponsorship earnings will increase to over £100 million, making him one of he highest paid sports stars in the world. But more than that, Andy’s US open triumph ends in the 76 year long wait for a British male winner, the last being the legendary Fred Perry back in 1936.

As Murray himself admits, it’s a little too early to be thinking of knighthoods after only winning one Grand Slam. But with Murray in the shape of his life and possessing a self-confidence and mental strength that has never been seen in him before, it’s not beyond the realm of possibility for him to win another tournament before the season’s finished. One thing’s for certain – deciding the nominees for Sports Personality of the Year just got a lot harder than it already was.