Kings of the road – F1: The season so far 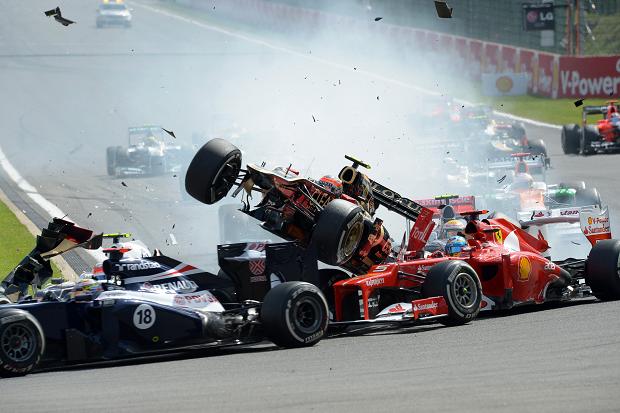 Back in March, when then season started, if someone had told me that Ferrari’s Fernando Alonso would be leading the Driver’s World Championship with seven races to go, I’d have probably laughed. But more fool me: by now I should have a greater respect for Formula One’s ability to completely reinvent itself.

After the dominance of Red Bull last season, on the back of Sebastian Vettel’s Championship win in 2010, the safe money would have been on the Renault-powered team to continue their success in Schumacher-esque fashion. Much was said about the pace of the Ferrari prior to Australia, with whispers that it was an absolute dog of a car seemingly confirmed by an absence of pace in pre-season testing. So why is Alonso ahead?

The field this year is perhaps the most even it has ever been, with the exception of the three newer teams, Caterham, Marussia, and HRT. For the first time in years we’re seeing teams from the midfield genuinely challenging the top teams: Sauber’s Sergio Perez came so close to beating Alonso in Malaysia, and beat the Ferrari driver to second place at the Italian Grand Prix. Formula One’s Dick Dastardly himself, Pastor Maldonado, shocked with a win for Williams in Catalunya.

Maldonado’s win was not only a demonstration of how different cars suit different tracks, but it also highlighted the impact that this year’s new Pirelli tyres have had on the competition. After Vettel’s domination of the 2011 Championship, Pirelli were briefed with livening up proceedings, surprising even the most seasoned F1 followers with tyres that degrade faster than anything seen in the sport before.

In this unpredictable field, consistency has been key, and this is where the wily Alonso has excelled above all others. He is unquestionably at his peak and probably driving better now than when he won his two world championships. His lead has narrowed though; McLaren are experiencing somewhat of a revival, as demonstrated in Jenson Button’s win at Spa and Lewis Hamilton’s win at Monza. Despite a majestic performance in Belgium, Button is effectively out of the title race, but Hamilton will go to Singapore just 37 points behind the Spaniard. With 25 points for a win, it is wide open.

Inevitably, the focus in the run in will be Alonso, Hamilton, and Vettel, but there are others that could still challenge. After two seasons out, 2007 World Champion Kimi Raikkonen, the Lotus-Renault driver, has had a solid, if unspectacular, season. A string of stubborn performances have taken the Iceman to third in the Driver’s Championship, and only a point behind Hamilton. Kimi came from nowhere to win the 2007 Championship by a point, and a driver of his ability always has the capacity to surprise. The new Texas Grand Prix should be a thriller, and the classic circuits at Japan and Brazil never disappoint. May the best man win!