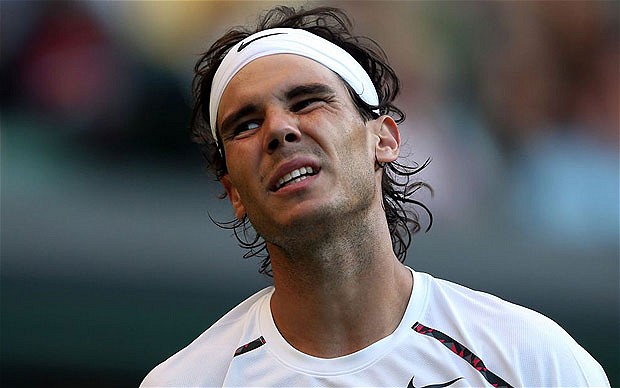 A week of close matches, surprise winners and shock defeats has made the opening rounds of this year’s Wimbledon some of the most memorable in recent memory.

The big story of the week is the astonishing exit of second favourite Rafael Nadal on the fourth day of the tournament. The 26 year old lost to little known Czech player Lukas Rosol in 5 sets on Centre Court, who is only placed 100th in the world. Rosol played the game of his life and outclassed Nadal to win 6-7, 6-4, 6-4, 2-6, 6-4, causing one of the biggest upsets in the history of the game.The women’s tournament has also seen tennis legend Venus Williams sensationally knocked out in the first round by No.79 Elena Vasina in straight sets. Williams, who was diagnosed with the auto immune disease Sjogren’s syndrome last year, hasn’t lost in the opening round of Wimbledon since she made her debut at the tournament in 1997, and her disappointing performance leaves some questioning future in the sport.

While Nadal is the biggest name to have been knocked out of the tournament, some of the other top seeds have had to fight hard for their places in the second week. Third seed Roger Federer had to come back from two sets down to defeat French player Julien Benneteau on Centre Court last Friday in a 5-set epic that lasted over 3 hours. Still reeling from the defeat of Nadal, many feared that Federer would face the same fate, but after a tense fourth set tie break, the 30 year old easily won the last set 6-1, and safely moved into the next round. In comparison, the number one seed Novak Djokovic, despite losing the first set, won comfortably against Radek Stepanek 4-6, 6-2, 6-2, 6-2, securing his place in the fourth round.

In one of the most extraordinary games of the tournament so far, Andy Murray battled against Marcos Baghdatis to win his place in the fourth round in a tense four set match against the clock. With the 11pm time limit threatening to postpone the end of the match until Monday morning, Murray managed to decisively win the last set 6-1 at 11:02, the latest a match has ever been played at Wimbledon. As Nadal was placed in his half of the draw, his early exit certainly makes Murray’s path to the final a lot easier, but there are many strong players left for him to defeat if he is to reach his first Wimbledon final. Unfortunately, he’s the only Brit left with a chance at the trophy, as all of the other hopefuls have been knocked out of the tournament.

As the second week of Wimbledon begins, the exit of some of the best names in the sport and the excellent quality of tennis shown by some of the lowest ranked players makes this one of the most unpredictable tournaments of recent times; judging by some of the results seen this week, anything can happen.