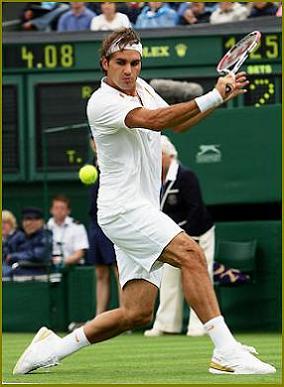 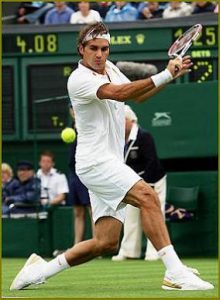 As the most prestigious tennis tournament on Earth kicked off on Monday, the world’s top ranked players have to bring their best game in order to be crowned champion.

When predicting the men’s Wimbledon winner, it’s hard to think of any player that isn’t one of the Big Four. Number one seed Novak Djokovic is a dangerous opponent; despite losing the French Open to Nadal, he’s had a great season. With victories at the Australian Open, US open and Wimbledon last year, the 25-year-old is in great form. Rafael Nadal comes to Wimbledon after winning his seventh French Open title, making him the most successful player in French Open history. There’s no doubt he’s strongest on clay, but having won already at Wimbledon in 2010, Nadal is still a formidable challenger.

Roger Federer is one of the greatest tennis players of all time, having won Wimbledon six times. However, he hasn’t reached the Wimbledon semis for the past two years, and some have begun to doubt his ability to win another major. But with his favoured grass surface and elegant style, there’s no better tournament for the third seed to make a comeback. Once again, the hopes of the nation rest on Andy Murray. Grass is his best surface, and he’ll have the support of the home crowd, but the back injury that hampered his performance at the French Open might hurt his chances. Still, he’s a powerful player and has reached the semis for the past three years, so he has a good shot at winning.

As for the women, it’s far more unpredictable. All eyes are on Maria Sharapova, who’s fresh off her long-awaited French Open win. Sharapova is the dominant figure in women’s tennis today, and the 2004 Wimbledon champion will be looking to capitalise on her return to form. Another player making a comeback is Serena Williams, the four times Wimbledon champion. With the most powerful serve in women’s tennis, there’s no doubt that the American will take full advantage of the open field.

Last year’s winner Petra Kvitkova is a strong player, and having reached the semis of the French Open, she’s in great shape. Second seed Victoria Azarenka is another player capable of taking the title, having won the Australian Open in January and reaching the Wimbledon semis. As for the British hopefuls, there are such contenders as Anne Keothavong and Heather Watson, but as they’re ranked 77th and 103rd respectively, they’ll be lucky to reach the final 16.

So as this historic tournament begins, it’s still uncertain as to who will walk away with a trophy. Only one thing is certain – the great British weather will definitely rain off a few matches.