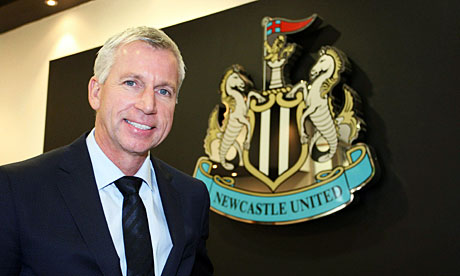 When Alan Pardew was announced as Newcastle United’s new manager, just three days after the sacking of Chris Hughton, in December 2010 it was to mixed reactions from the fans. The Newcastle fans have long been known for their sheer dedication and love for their team, despite the fact that their team has little to offer in terms of silverware, and so it was an important decision on who should manage the historic Magpies. A poll, by Sky Sports, revealed that only 5.5% of the 40,000 voters backed Alan Pardew to become the Magpies’ new manager, a figure that would likely change if they could see him now.

Just returned to the Premier League, Newcastle were ready to return to their old form and Pardew was happy to be given the chance to lead them to success. He knew he would have to do a lot to earn the support of the fans and the players but he was ready for the challenge and knew it wasn’t a job he could pass up. In his first game as manager Pardew saw his team defeat Liverpool 3-1 at St James’ Park and then a brilliant 5-0 victory over his former club West Ham. Peoples’ opinions on him were quickly changing. He and the team faced quite a bit of embarrassment when they lost 3-1 to League 2 team Stevenage though. That loss, however, was cancelled out with one of the Premier League’s greatest comebacks of all time. Down 4-0 at half time to Arsenal, in February, Newcastle United somehow fought back and ended the game 4-4.

This season Pardew brought in some of Newcastle’s now most valuable player’s such as Cabaye and Ba and led them to their best Premier League start in 17 years with an undefeated streak of eleven games. January this year he brought in Cisse who’s proved his right to the legendary Newcastle number 9 shirt by scoring thirteen goals in twelve games.

Pardew’s time at Newcastle has had a few downs but has mostly been ups and he’s really had a huge impact on bringing the Magpies back to the standard of the Alan Shearer days. He was awarded for his dedication and hard work by being named as the Barclay’s Premier League Manager of the Season, the first Newcastle manager to do so. He’s managed to secure Newcastle fifth place in the Premier League this year, above big names Liverpool and Chelsea, and a place in the Europa League. Unfortunately Newcastle just lost out on a Champion’s League place.