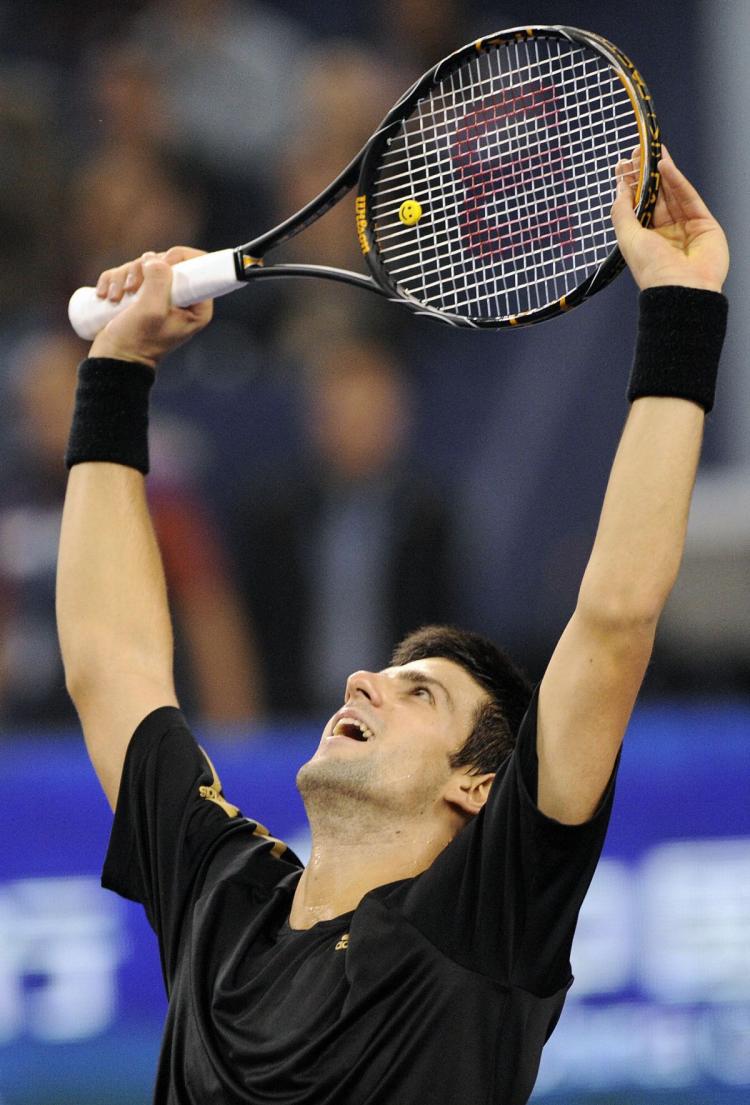 The year of 2011 has been a phenomenal year for men’s tennis. The season is at now at an end and has been a year dominated by one man: Novak Djokovic. It saw him lift three of the four grand slams, so launching him into even greater stardom, and has been hailed by many as one of the greatest individual seasons in the history of the sport.

In January the Serbian triumphed over Britain’s Andy Murray to lift the Australian Open for the second time; remaining unbeaten until the semi-finals of the French Open, in which he was defeated by an inspired Roger Federer. Despite this, Djokovic recouped to win Wimbledon, and the US Open, defeating Rafael Nadal on both occasions and dethroning the Spaniard to become the established world number one.

“He won everything a person can win; he had the best season in the history of the sport.” said his close friend and fellow-Serb Janko Tipsarevic.

Djokovic’s incredible season featured seventy wins compared to just six losses. “I had an unbelievable year,” he said. “Nothing can ruin that. I will always remember this year as the best of my life.”

However, all great things must come to an end, and the Serbian star’s season crashed back to earth as he was eliminated from the ATP World Tour Finals in London; his final match of the season ending in a group stage defeat to Janko Tipsarevic – a replacement for the injured Andy Murray.

Murray himself experienced his best ever season on the ATP tour, reaching a final and three semi-finals in the grand slams alongside winning five other titles Murray was in fine form prior to the Finals and his withdrawal was a disappointing end to a fantastic season, but he can now recover and look forward to a promising 2012 season.

Rafael Nadal, dethroned as world number one earlier this year, has been surprised by Djokovic’s rise; losing to him six times, all in finals. However, the Spaniard still won the French Open and reached the finals of both Wimbledon and the US Open, but any hopes of victory in London were extinguished as he was eliminated in brutal fashion by Jo-Wilfried Tsonga who set alight the Finals with a stunning display of power and aggression. He later said, “I probably had a bit less passion for the game because I was more tired than usual; this was a tough year but I’ll do all to be perfect for the start of 2012.”

Whilst others were tiring, 16-time Grand Slam champion Roger Federer indulged the crowds in the O2 Arena to a 6-3 6-0 demolition of fierce rival Rafael Nadal in a truly masterful performance.  A tired Nadal had no regrets, accepting that “Roger played a fantastic level. Something very special only one player like Roger can achieve.”

Federer is the most successful player of all time and by his very high standards, 2011 had been a disappointing year, as he will end the season without a Grand Slam title for the first time since 2002. However after serene progress to the final, The Swiss maestro ended 2011 victorious; celebrating the 100th final of his career with his 70th title and an unprecedented sixth at the ATP World Tour Finals, showing all his class and experience to defeat Jo-Wilfried Tsonga 6-3 6-7 (6-8) 6-3.

In a year dominated by Djokovic, some believe Federer to be in decline, but this victory will send a message to his rivals…. He still has the desire, and this is a quite brilliant reminder of his exceptional, history-making talent.