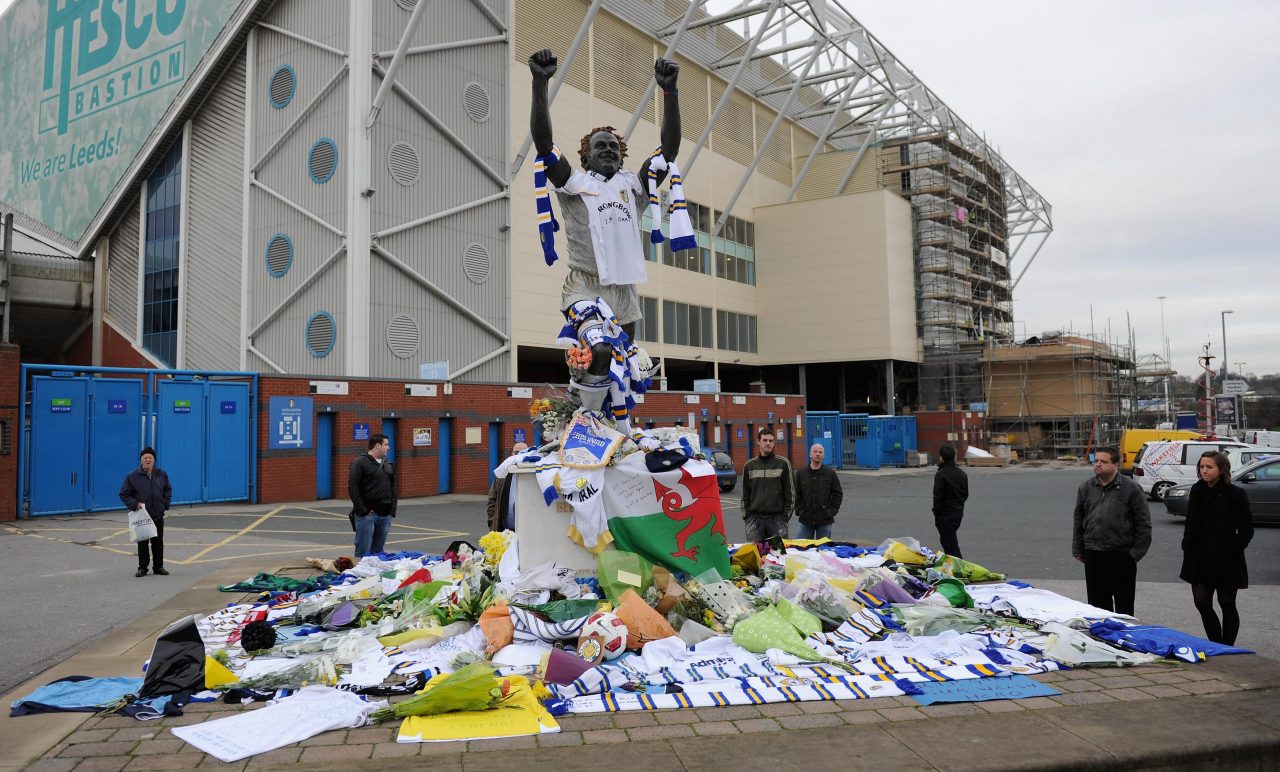 Gary Speed was a Welsh professional footballer, a midfielder who played for Leeds United, Everton, Newcastle United, Bolton, Sheffield United and also captained his country at international level. He later went on to manage Sheffield United, before moving to the position he held at the time of his death, as manager of Wales. He was found hanged on the morning of 27th November at his home in Cheshire.

The outpouring of grief and emotion over Gary Speed’s death tells us more about the man than anything ever could. With some of the most commonly used words being ‘legend’ and ‘model professional’, in Gary Speed the footballing world had a man to whom both of those terms could be applied without hyperbole. Perhaps the most poignant reminder of just how much of a powerful figure he was and will remain was expressed when the minutes’ silence at the Swansea-Aston Villa match spontaneously erupted into applause, and chants of “There’s only one Gary Speed”. It was probably the most fitting and respectful way to pay tribute. The shockwave from the death of Speed has reached out to touch everyone in the football world and beyond. Tributes to him have been appearing at football grounds around the country, in places like Leeds and Bolton, where he played and captained, to Wrexham, where his son played for the youth team. Footballers have been queuing up to pay their respects, and perhaps the most heartbreaking was Robbie Savage fighting back tears on BBC News, and his subsequent article where he spoke of his friend as “my captain, my hero, my mate”. On a personal level, I and many people I know have expressed the view that it is surprising that the death of someone you don’t know can affect you so deeply, and so much. 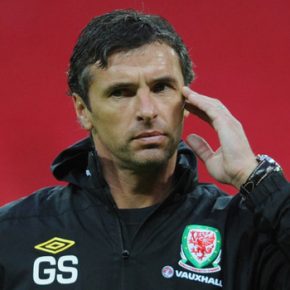 There are numerous examples of brilliant and heart-wrenching tributes to Speed, but the reaction has been the finest tribute by far. Football has united as a community in both anguish and grief at this tragedy, and this is truly the ultimate example of how football can ultimately bring people together. Speculation over the causes of Speed’s suicide is far too premature, and I refuse to give any space to rumours that are beginning to fly. What we should remember about Speed, apart from his tremendous ability and legacy as the Premier League player with the third most appearances, was the fact he was a natural leader. At one time or another he captained Everton, Newcastle, Bolton, Sheffield United and Wales. The Welsh national team, under his management, have recently enjoyed a terrific spell, and he has been credited for making big decisions such as giving Aaron Ramsey the captaincy. He looked as if he was adapting quickly and capably to management, and to all intents and purposes had the world at his feet. However, whatever drove Speed to take his own life is not overly important. Of real importance is the fact that both football and wider world have lost a great man, and that a loving wife and two sons have lost a husband and father. Gary Speed’s legend will live on in football for a long time to come, and he will be sorely missed by many.

“My Captain, My Hero, My Mate…” The Sporting World Mourns A Legend
Robbie Savage Reflects on his team mate and his friend

“I’m looking at the headlines and I still can’t believe it. My captain, my hero, my mate is gone and I can’t understand why, he had the world at his feet and the ironic thing is that he was the guy you would always go to if you ever had a problem.

“Since I’ve been doing Strictly [Come Dancing] he’s phoned me every Saturday morning to wish me good luck and have a laugh. We were joking around like usual, talking about football and dancing. One of the last things he said to me was, “don’t get a two off Craig”

“Then I found out at 10 o’clock on Sunday and it feels surreal to know I’ll never get that call off Gary again.

“I’d grown very close to him over the last year or so. He’d always been a friend. But in that time we’d become best friends. There are people in football who will drop you like a stone when you retire but that’s not Gary. He had time for everyone, always. He was a lovely guy.

“It was an honour to know him and an honour to play with him. The first time I met him was when I was called up to the Wales squad for the first time. Some of the other veteran players looked down on me because I was a scrawny kid who played for Crewe, but not him. He treated me the same as if I was Ian Rush or Mark Hughes and that made me feel 10 feet tall.

“As a leader and a captain, he was unbeatable. He had skill but he worked his heart out too. He was as fit as a fiddle, what you would call a model professional. He was an inspiration in the dressing room and on the field he was the man you’d want with you in the trenches.

“Since I heard, I’ve been thinking about all the times we shared. As team-mates, the best was beating Italy 2-1 at the Millennium in 2002. He played left back that night, doing what he had to do for the team as always. It was a wonderful win, one of the biggest in Welsh history, and I’ll never forget him, so happy and proud afterwards as we jumped on each other in celebration.

“I also remember a time when I played Everton with Leicester. We were mates then and our dads would go to Wales matches together. I caught Gary with an unintentional elbow in the nose and about a minute later, he smashed straight through me and gave me a little wink as he got booked. In the players’ lounge we had a massive row about it in front of our dads, who were amazed. Of course, we had a huge laugh about it later.

“We also had a laugh a couple of years ago, when Gary was named the Wales manager and I fancied making an international comeback. “That’s great because I’m looking for a bus driver,” said Gary. Then he carefully and kindly explained to me why he wouldn’t be bringing me back. “If you were 10 years younger, Sav… but you’re not,” he said. He was always so honest and so truthful.

“The last time I saw him was three or four weeks ago when he came down to Strictly with his wife. After I’d completed my routine I high-fived him and I can see him sitting there now, a big smile on his face, so happy and so proud of his mate.

“That’s how I’ll always think of him. In high spirits with a broad smile, taking pleasure in his life and his friends.

“It makes what has happened so much more shocking. There was never a hint of this, never. He had a beautiful wife, two gorgeous kids. He had a great job and a great team and he was on the verge of something big.

“I don’t know why this has happened and I don’t think I ever will but I know it was an honour to be his team-mate and his friend.”

“Everything a footballer should aspire to be.” – Bill Kenwright (Everton Chairman)
“He was a fantastic professional and everybody in the game loved him.” – Alex McLeish (Aston Villa Manager)

“He was someone we all looked up to and he was a fantastic role model.” – Titus Bramble (Newcastle Team Mate)
“I’ll forget the goals but I will never forget his laugh” – Gordon Strachan (Leeds United Team Mate)
“He was a real 100 per center in everything he did, nothing was too much for him, he was such a proper man. When it came to it, he helped everyone and was happy to do it…” – Ben Thatcher (Wales Team Mate)
“He was a lad that I never, ever heard anybody say a bad word about.” – Harry Redknapp (England Manager)
“The fact he was such a nice guy makes it harder to accept the news. It’s very tragic.” – Sam Ricketts (Wales International)
“On and off the pitch he was an incredible man, he was such a positive person in the dressing room, I cannot believe he has gone.” – El Hadji Diouf (Bolton Wanderers Team Mate)
“One of the nicest men in football” – Ryan Giggs (Wales Team Mate)
“My first Premier League game was against him, he showed me in that game what British football is about.” – Xabi Alonso (Former Liverpool Midfielder)
“The ideal role model” – Ian Rush (Wales Team Mate)
“He was a very respected man in and around football, not only for his ability but for the guy as a person.” – Kenny Dalgleish (Manager at Newcastle)
“The ultimate pro on and off the pitch.” – Tim Cahill (Everton Midfielder)