Biden guides the United States into a new era – A review of the inauguration. 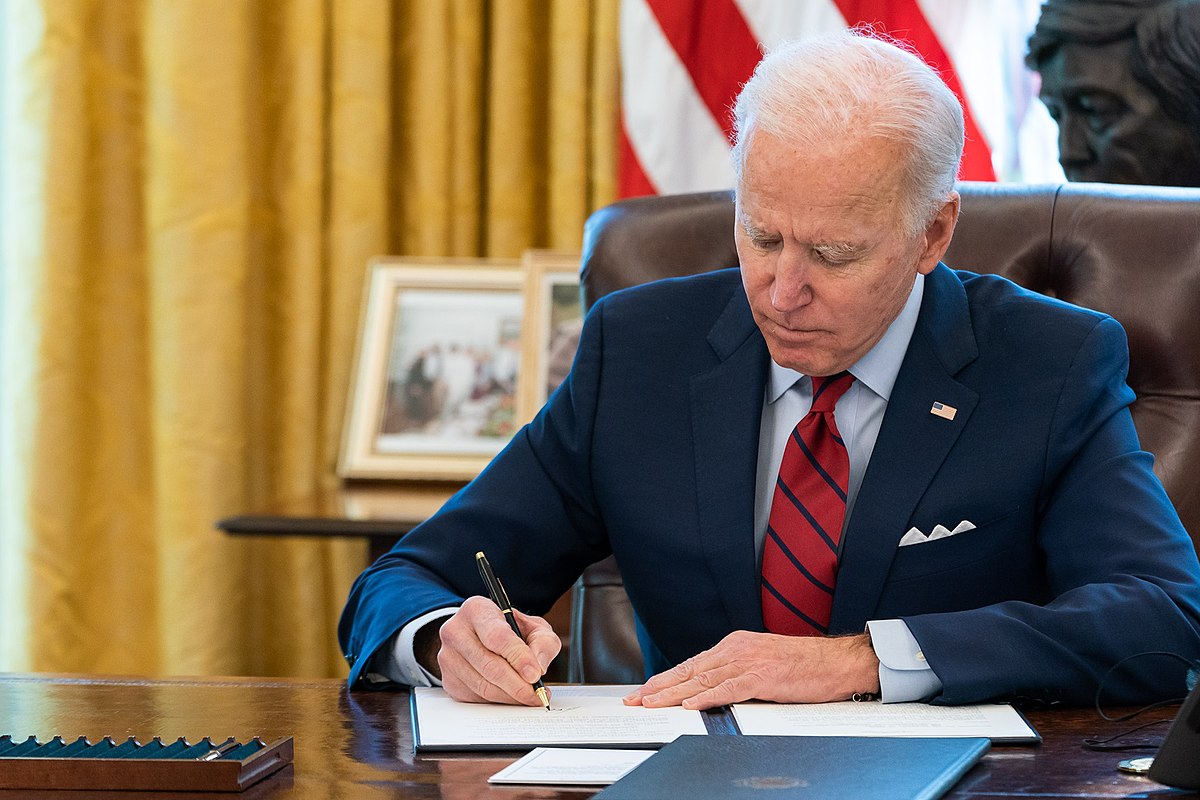 On 20th January, Joe Biden stepped out of the Capitol building doors onto the terrace and stepped up to the podium to take the oath that would make him the 46th US president. The storming of the Capitol had happened just a week earlier by supporters of Donald Trump. High-security arrangements were in place for the ceremony, and coronavirus measures were in place. However, there seemed to be a sense of optimism in the air. This was the start of a new era for the USA, a time when people were finally able to breathe a little sigh of relief after the tumultuous Trump years, but still feeling anxious as if somehow Joe Biden would take off a mask at any moment in a Scooby Doo-style reveal, showing that he had been Trump all along. However, thankfully that did not happen, and the inauguration went without a hitch.

In fact, despite being a scaled-down event because of the pandemic, it delivered a packed schedule full of speeches, musical performances and, of course, the formal oath. The guests in attendance were reduced due to the pandemic with many there either participating in the ceremony in some way or just there in a supportive capacity. Someone notable in their absence was the man that had occupied the news for the last few weeks, and that was a certain Donald Trump. Trump decided not to attend the ceremony, instead opting to have his own ‘farewell ceremony’. This was attended by his family and his supporters at Joint Base Andrews in Maryland after leaving the Whitehouse for the last time before boarding Air Force One to retreat to his private residence in Florida.

In his speech, he said a number of things, seeming to admit defeat somewhat although claiming to have left the administration in a good state, and saying that “The things that we’ve done have been just incredible” and “I wish the new administration great luck and great success, I think they’ll have great success, they have the foundations to do something really spectacular”. However, in true Trump style he tried to make the speech sound ominous saying “I will be watching, I will be listening” and “We will be back in some form”. This use of language is typical of Trump and is used to create tension, so should we be worried? Well, it sounds a bit like a watered-down threat, as if he was the Terminator but slightly unsure of whether he would be back or not (it is amusing to note that the actual Terminator played by Arnold Schwarzenegger has clashed with Trump before). If Trump does come back “in some form”, then at least we have 4 to 8 years to appreciate Biden’s administration.

This was not, however, a day to be focusing on Donald Trump but instead on the ceremony that was making history. The inauguration ceremony was one of firsts, most notably because the first female and first Black and South Asian American; Kamala Harris was sworn in as Vice-President. Biden had promised in his campaign that his Vice-President would be a woman. Another first, Harris was sworn in by the first Latina to be a supreme court justice, Sonia Sotomayor. The feeling and aim of the inauguration, ‘America United’ was enforced in Joe Biden’s speech, giving a distinct sense of hope and positivity despite the struggle that he and the new administration will have to face. Some standout moments from the speech were when he said “For without unity, there is no peace, only bitterness and fury. No progress, only exhausting outrage. No nation, only a state of chaos.” “We must end this uncivil war that pits red against blue, rural v urban, conservative v liberal.” “Recent weeks and months have taught us a painful lesson. There is truth and there are lies.” “There are some days when we need a hand. There are other days when we’re called on to lend one.” Biden spoke clearly and carefully addressing the matters in hand, equally focusing on the struggles that America faces and what ordinary Americans can do to lessen that struggle.

There were also standout moments from Lady Gaga who sang the national anthem and Jenifer Lopez who sang a medley of America the Beautiful and This Land Is Your Land. Also, surprisingly enough, Garth Brooks, a staunch Republican, sang Amazing Grace A Capella. However, the person who stole the show that day was America’s first youth poet laureate, 22-year old African American Amanda Gorman. Gorman is the youngest poet to recite at a presidential inauguration and recited the powerful poem ‘The Hill We Climb’. This 5-minute poem was filled with hope at what America could be and what it could achieve, while acknowledging the struggles that America has had to deal with, especially in the last few weeks leading up to the inauguration. She said in an interview with The New York Times, that in writing the poem “what I really aspire to do in the poem is to be able to use my words to envision a way in which our country can still come together and can still heal… It’s doing that in a way that is not erasing or neglecting the harsh truths I think America needs to reconcile with.” This poem which asked Americans to “leave behind a country better than the one we were left” was praised by many including former 1st Lady Michelle Obama, Oprah Winfrey, and Bernice King, daughter of Martin Luther King Jr.

Overall, the Inauguration ceremony was pretty enjoyable with a standout list of guest speakers and musicians as well as the President, Vice-President, and their families. Other important guests including three former presidents: George Bush Jr., Bill Clinton, and Barack Obama, and interestingly the now-former Vice-President Mike Pence were also in attendance. Pence and some of his Republican colleagues had chosen to attend the inauguration over Donald Trump’s ‘farewell ceremony’. This shows that perhaps they acknowledged that democracy has to prosper, and things can start to be rebuilt.