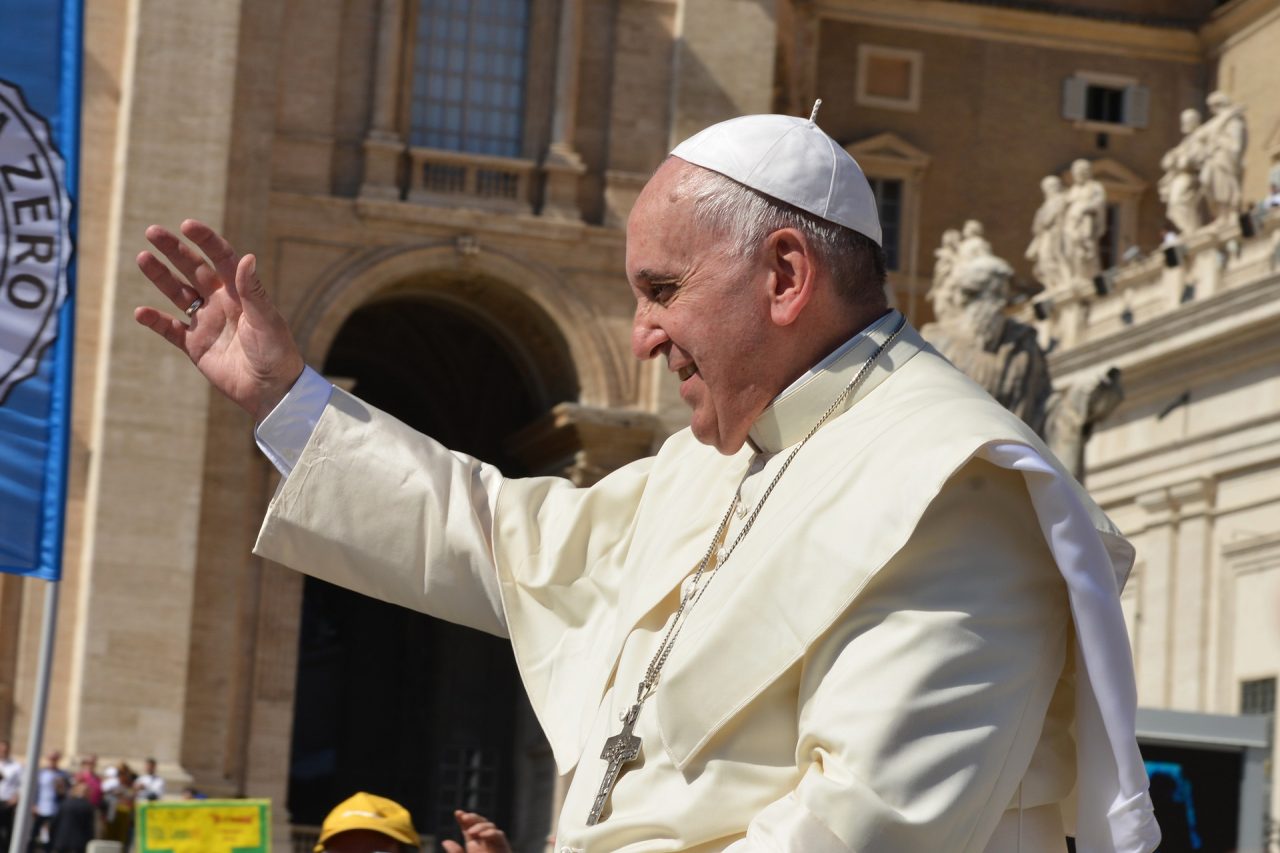 Pope Francis has said in a documentary film called ‘Francesco’, which premiered at the Rome Film Festival last Wednesday (21st October), that:

“Homosexual people have a right to be in a family. They are children of God and have a right to a family. Nobody should be thrown out or be made miserable over it. What we have to create is a civil union law. That way they are legally covered. I stood up for that.”

This is the first time that the Pope has openly endorsed same-sex unions in a move which will hopefully improve conditions for LGBTQ+ people in countries where the church has opposed these laws. This is likely to further infuriate his more conservative opponents who dislike his moves to shift the Church into being more progressive, with some of them having accused him of heresy over past remarks he has made regarding LGBTQ+ rights, the environment, poverty and inequality. The film, directed by Evgeny Afineevsky, recounts Francis’ papacy over the last seven and a half years, where he has had to deal with several challenges including how he has tried to deal with issues surrounding the environment, poverty, inequality and his handling of the sexual abuse scandals that have rocked the Church. There have been many positive responses to the Pope’s comments, including from a spokesperson for António Guterres, the secretary-general of the United Nations and a devout Catholic, who said this was “a very positive move”. Comments have also come from The Ozanne Foundation which advocates for LGBTQ+ equality in religious settings:

“This will bring hope to millions of lesbian and gay couples around the world and will enable them to know that they have the Pope’s blessing to be in a family, and indeed to have a right to a family.”

This isn’t the first time that the Pope has been supportive of the LGBTQ+ community, as, in 2018 Juan Carlos Cruz, a survivor of sexual abuse (who is featured in the documentary), met the Pope who reportedly told him:

Afineevsky, the award-winning Russian-born director of the film, hoped that it would be available for home streaming, saying that, “if before he was able to travel to every periphery in the world, right now, only his words can travel. That’s why, for me, releasing the movie right now was so important – so that his words and his actions can travel around the world.”

This is an exciting new development which will hopefully provide support to LGBTQ+ people including LGBTQ+ Catholics who are currently facing discrimination and ever-growing challenges posed by the COVID-19 pandemic. This is what we deserve and need from a Pope in our ever-changing and progressing society.