Where are the best places to be LGBT+ in the world? 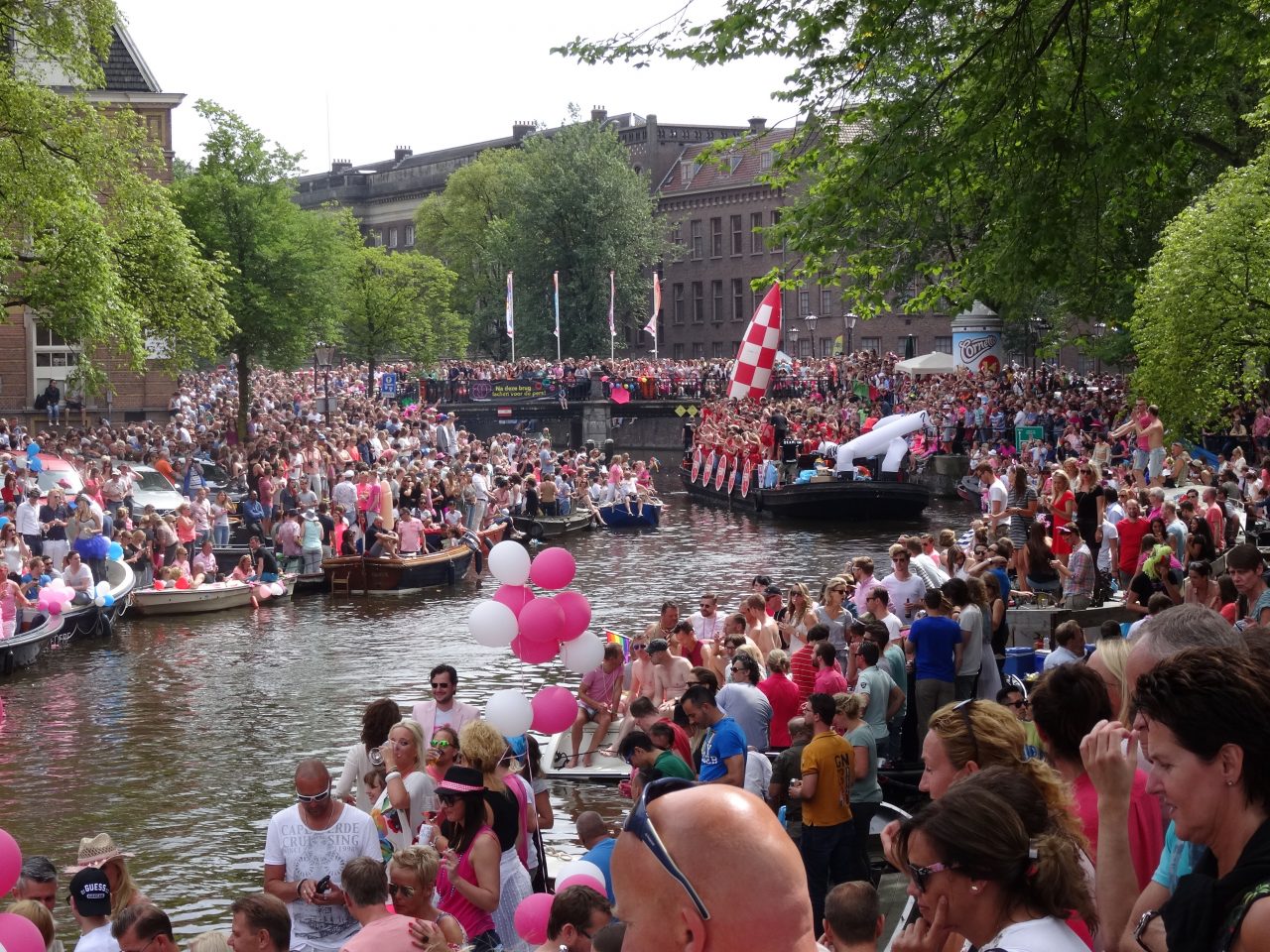 As February is LGBT+ History month, I thought it would be interesting to look at this from an international aspect by assessing which countries are the best or most accepting of LGBT+ people. This will be assessed by considering different factors like anti-discrimination legislation, equal marriage, LGBT+ representation in the media, prosecution, discriminatory legislation and so on. This will more or less be based on the Spartacus Gay Travel Index 2019 which has been listing the best countries for LGBT+ people to visit or live in every year since 2012.

North America:
Canada is the most accepting of LGBT+ people out of these countries sharing 1st place on the index. Same-sex marriage was legalised nationwide in 2005 with adoption legalised nationwide in 2011. They have comprehensive anti-discrimination laws with the constitution guaranteeing fundamental human rights to the community since 1982 with protections against discrimination due to sexual orientation since 1996, and 2017 for gender identity. Transgender people are able to freely legally change their legal name and gender in all provinces. The USA is slightly lagging behind with same-sex marriage and adoption nationwide being allowed since 2015 and 2016. Transgender people have also been banned from serving in the military since April 12th, 2019. The measures in Mexico are complicated, as same-sex marriage is only legal in some regions like Mexico City, which is also 1 out of only 6 regions where transgender people can change their legal name and gender in Mexico.

Oceania:
New Zealand is the highest on the index at 4th for this continent with extensive pro LGBT+ measures. For example, same-sex marriage and adoption were legalised in 2013 and The Human Rights Act of 1993 which bans discrimination due to sexual orientation and gender identity. However, transgender people are only allowed to change their legal name and gender if they have had surgery. Some of the worst places to be LGBT+ in this region include Papua New Guinea, the Solomon Islands, Cook Islands, Samoa, Kiribati, Tonga and Tuvalu where homosexuality is illegal (only for men in all of these examples) and punishable by 3-14 years imprisonment although this is not always enforced.

Europe:
In Europe, there is a large contrast throughout the continent as there are both LGBT+ friendly countries that top the index, and those (though few might I add) that are discriminatory and prosecute LGBT+ individuals, so are consequently at the bottom of the list. 14 European countries are in the top 10 with two countries in first place. These are Portugal and Sweden at 1st place and then Austria, Belgium, Denmark, Finland, Iceland, Luxembourg, Malta, The Netherlands, Norway, Réunion, Spain and the United Kingdom all at 4th place. Some interesting facts about this list are that Réunion is actually an island in the Indian ocean which is an overseas department of France. The reason that this island is at 4th place and France is at 17th place is because, according to the list, the locals of Réunion are more receptive to LGBT+ people than mainland France, who on the list loses one point in this category.

The biggest surprise on this list compared to previous years is the rise of Portugal and the fall of Germany from the top 10. This is because in Portugal there are multiple anti-discrimination laws, with a ban on discrimination based on someone’s sexual orientation included in their constitution. Portugal has a special law called the Law of Gender Identity (Lei da Identidade de Género) which allows transgender adults to change their legal gender on all documents without any requirements. Minors ages 16-17 are also allowed to do so with parental consent and word from a psychologist to say that they have taken the decision freely. There are also other pro-LGBT+ laws like same-sex marriage, the ability for same-sex couples to adopt, lesbian, gay, and bisexual men and women are all allowed to serve in the military and gay and bisexual men are allowed to donate blood. The reason for Germany dropping in the list is because of the increase in violence against LGBT+ individuals and lack of action plans to counter this violence. However, they are still in the top 30, at 23rd place. One country that needs to be mentioned as well is the Netherlands. The Netherlands has been one of the front runners in LGBT+ rights since the beginning. Same-sex activity was decriminalised in 1811 and they were the first country in the world to legalise same-sex marriage and adoption in 2001. They were also the first country to allow transgender military personnel in 1974 with this being clarified further in 2014. Their main anti-discrimination legislation comes in the form of the Equal Treatment Act of 1994, which bans discrimination based on sexual orientation. In 2019 this was amended to include gender identity, gender expression and sex characteristics. They also have a monument in Amsterdam called the Homomonument built in 1987, which was the first monument to remember all the homosexuals who were persecuted and killed in World War II.

There may be tolerance for the most part in Western Europe, but in Eastern Europe, it is a slightly different story. One of the most prominent anti LGBT+ countries in this area is Russia who is in 159th place on the list (with the exception of the Chechen Republic, a federal subject of Russia, which is at the lowest place on the list at 197 due to it giving death sentences to LGBT+ people). They have no specific anti-discrimination legislation with just one anti-discrimination law applying to everyone in their constitution. In 2013 they prohibited the promotion in the media of ‘non-traditional sexual relations’ to children. Poland has also come under fire since July 2019 as ‘LGBT-free zones’ (regions that have been declared to be free of LGBT+ ideology) have been declared in some provinces such as Lesser Poland and Lublin with as many as 80 declarations being made.

Middle East and Asia:
The highest country on the index in the Middle East is Israel who places at 23rd with recognition of same-sex marriages performed outside the country since 2006 and unregistered cohabitation recognised since 1994 as well as adoption allowed since 2008. There is also anti-discrimination legislation in the country which first came into force in 1992 and since 1997 defamation and slander as well as violent crime against LGBT+ people is considered a hate crime and is banned. There is also protection for LGBT+ youth in different schools around the country since 2014. The best in Asia is is Taiwan. In Taiwan same-sex marriage has been legal since 24th May 2019, although same-sex couples can’t adopt, they can adopt stepchildren. LGBT+ people are allowed to serve in the military and there are anti-discrimination laws against sexual orientation and gender identity. The worst places to be LGBT+ in Asia and the Middle East are Afghanistan, Brunei, Iran, Qatar, Saudi Arabia, the United Arab Emirates and Yemen where LGBT+ activity is punishable by the death penalty.

Central and South America and the Caribbean:
The highest country on the index here is Uruguay (17th place). In Uruguay same-sex marriage has been legal since 2013 and couples have been able to adopt since 2009. Since 2003 there have also been laws prohibiting discrimination due to sexual orientation and gender identity. There has also been legislation to benefit transgender people with people over 18 being able to change their legal name and gender on official documents without having to go through any hormone therapy or sex reassignment surgery since October 2018. At that time, the Comprehensive Law for Trans Persons was also passed allowing minors to change their legal gender with parental consent. Some of the worst places for people to be LGBT+ in these regions are Jamaica, Haiti, Dominica, Antigua and Barbuda, Barbados, Belize, Grenada, St Kitts & Nevis, St Lucia, St Vincent & the Grenadines and Trinidad & Tobago (where homosexuality is illegal), as well as Guyana which is the only country in South America where homosexuality is illegal.

Africa:
LGBT+ rights are limited in most of Africa. The most tolerant of these countries are South Africa and Cape Verde. South Africa is the only country in Africa to have legalised same-sex marriage in 2006 with joint and stepchild adoption coming into force in 2002. In 1996 the African National Congress (the ruling party in the country) explicitly stated in its constitution that discrimination based on sexual orientation was prohibited and this was updated in the years afterwards to include protection from discrimination in work and protections in public accommodations and services. Cape Verde is slightly behind this with no recognition of relationships and no adoption, but it does have anti-discrimination laws in employment. The worse places in Africa to be LGBT+ are Sudan, Somalia, Somaliland, Mauritania and Northern Nigeria where homosexuality is punishable by death. Nigeria also has other discriminatory legislation like prison sentences of up to 10 years for heterosexual people who openly support their LGBT+ friends/family members. You can read the complete index here https://spartacus.gayguide.travel/blog/spartacus-gay-travel-index/