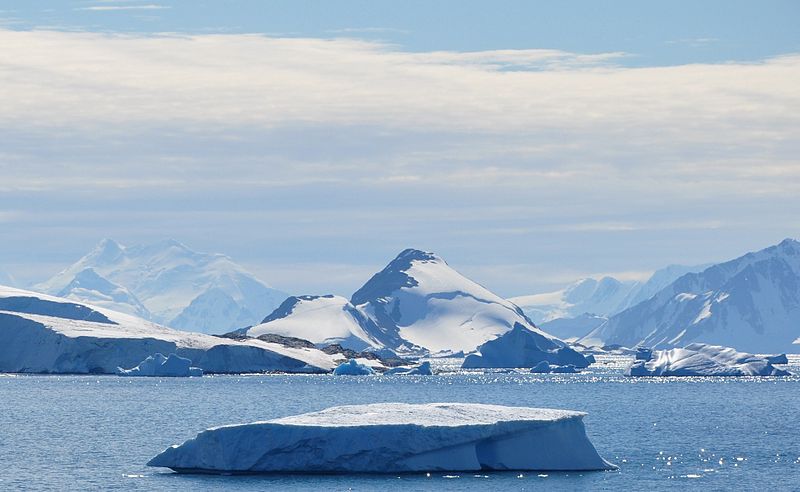 28 British Explorers have been honoured in Antarctica thanks to their contributions to polar exploration and advancement of polar sciences. Among them is ex-Bangor University professor David N. Thomas, who lends his name to Thomas’ Glacier.

These explorers will give their names to 28 locations across Antarctica including mountains, glaciers, and lakes. Before now, these locations were known only by their coordinates. The naming celebrates 200 years since the continent was discovered, which means the UK Antarctic Place-names Committee decided it was a rightful time to honour such a large group of people in one go. The names commemorate those who have made ‘exceptional contributions’ to the protection, exploration, understanding, and management of Antarctica.

Antarctica was discovered in January 1820, with Fabian von Bellingshausen of Russia and Britain Edward Bransfield discovering the continent just a few days apart from each other. There are already many explorers like them who give their names to various polar landmarks, many of whom visited during the ‘Heroic Age of Arctic Exploration’, where 17 expeditions took place between the end of the 1800s and the end of world war 1. The ‘heroic’ comes due to the adversities faced when exploring an unknown extreme environment, and partly due to the number of those who lost their lives during exploration.

Ex-Bangor University Honourary Professor David N. Thomas has been honoured among the explorers. He left Bangor University this summer to move to the University of Helsinki but had previously served as Pro-Vice-Chancellor, as well as the Head of the School of Ocean Sciences. He studied sea ice ecology & biogeochemistry in six expeditions of the Southern Ocean, and has described this as an “unexpected and humbling honour”. Other honorees include Dr Carol Pudsey, a marine geologist who studied collapsing ice shelves who is now recognised with Pudsey Bay, Dr Edward King who names King Dome thanks to his study of the continents structure and the surrounding ocean floor, and Dr Katherine Giles and Professor Seymour Laxon, who both lost their lives in 2013 due to accidents with their exploration; they both lend their names to bays near the Biscoe Islands.

The full list of new place names can be found here.