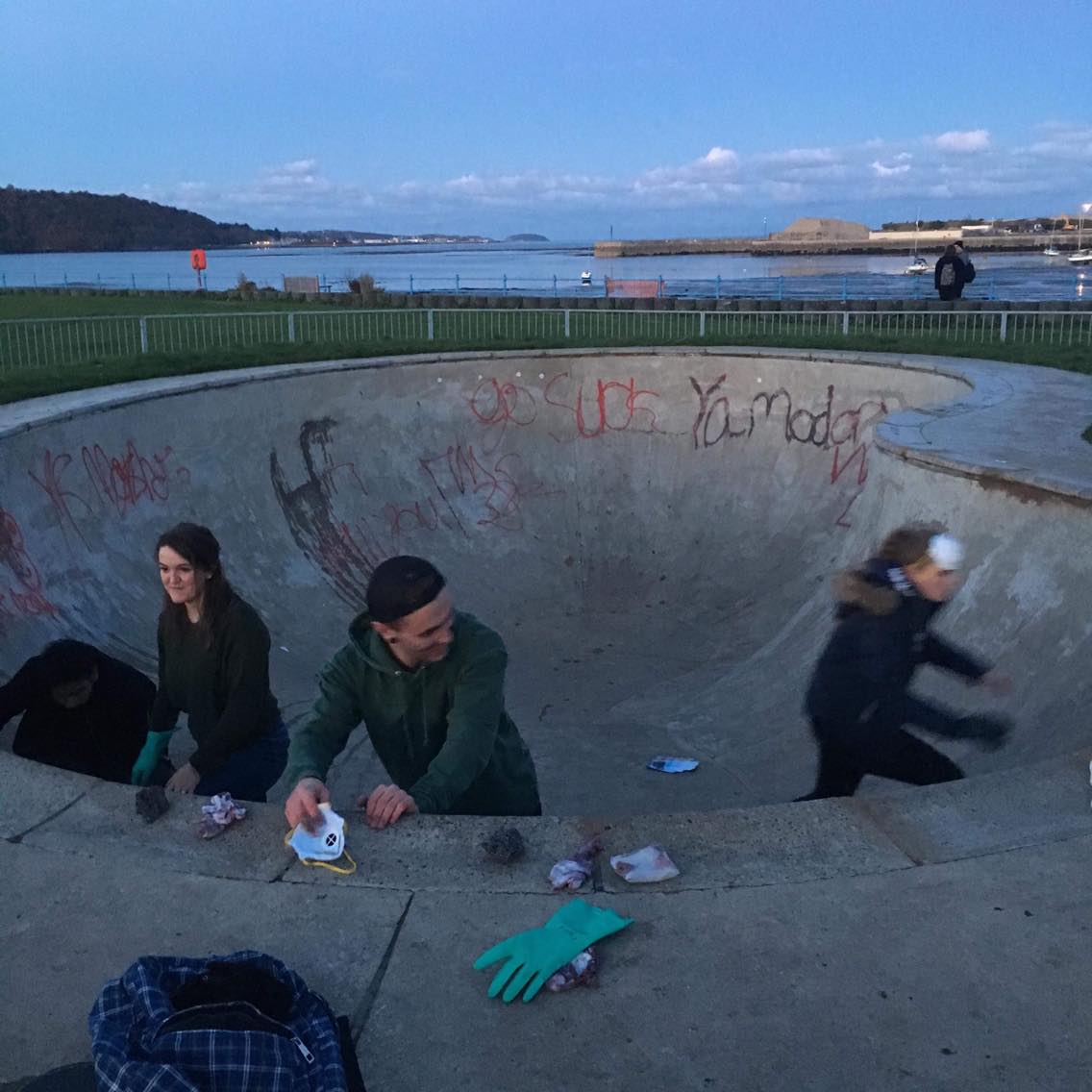 On Friday, the 8th of October, Bangor University students volunteered to clean up vandalism to a skate bowl built in the memory of a young victim of an accident

The skate bowl near Beach Road had been stained with graffiti of swastikas and genitalia at the end of September this year. It was built as a memorial for Darren Frost, a teenager who died in a cycling accident in 2011 in Bangor. The culprits are suspected to be kids from the area, as some of the scribbles on the bowl were inside jokes about local skaters.

For more than 2.5 hours, a total of 18 people scrubbed the bowl clean using anti-graffiti spray paint and washing up liquid.

Founder of Bangor University Skate, Max Ansell said: “This has happened many times before. There are no CCTV’s around the bowl, which could be one of the reasons why kids do this and will most likely keep doing it.”

After finding out about the graffiti, the team decided to clean the bowl under the motto of ‘Bangor Skate Against Hate’. In previous cases of graffiti, the bowl had always been cleaned by skateboarders, and old friends of Frost from the area around Bangor. The team wanted to take over the workload for a change to show their support to the Bangor skate community and pay their respect to Frost.

Former friend of Rhys, and experienced skater, Jasper Dawson Clough, said: “We do not really mind looking after the bowl, because we’re the only ones who know how to properly do it. Many of the vandals do not even know the bowl is a memorial, they do not act out of maleficence, it’s rather carelessness. But it would be nice if there was more self-policing among people. A bigger sign indicating that the bowl is a memorial might help in making that clearer to everyone.”

Initially, Bangor Skate struggled to get hold of the ones in charge of maintaining the bowl. Both the Council of Bangor, as well as the Council of Gwynedd, could not give a definitive and immediate response as to who is responsible for looking after the memorial. 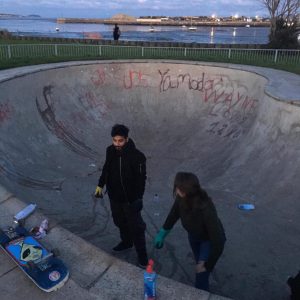 Ansell said: “The council put us in touch with Mark Williams, Area Manager North of Arfon, Bangor, and Ogwen, but apart from him, no one we spoke to and asked for advice, or allowance to clean the bowl, seemed to really know, or care about the issue.”

When questioned about who was in charge of maintenance, Williams said: “Any maintenance that is required must be reported to the swimming pool and we will then report the matter to the Council, as we still use the majority of their services.”

Finally, this resulted in the Bangor City Council advising Bangor Skate to paint over the graffiti.

However, experienced skateboarders and friends of Frost, informed Bangor Skate about the fact that paint was going to damage the bowl’s quite delicate surface even more. Therefore, the team agreed on scrubbing the bowl clean instead.

Ansell said: “We hope that with our cleaning initiative, we can draw attention to the fact that skateboarders are the only ones maintaining the bowl, which, at the same time, is a memorial that needs to be respected and looked after.”

Skateboarding, in fact, does not always have the most popular image, which might be a reason for the lack of public interest in skate facilities. It is initiatives like ‘Skate Against Hate’ from Bangor University Skate that show the true spirit of skateboarding through mutual respect and companionship. 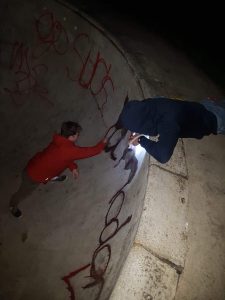 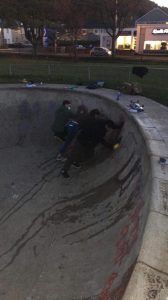