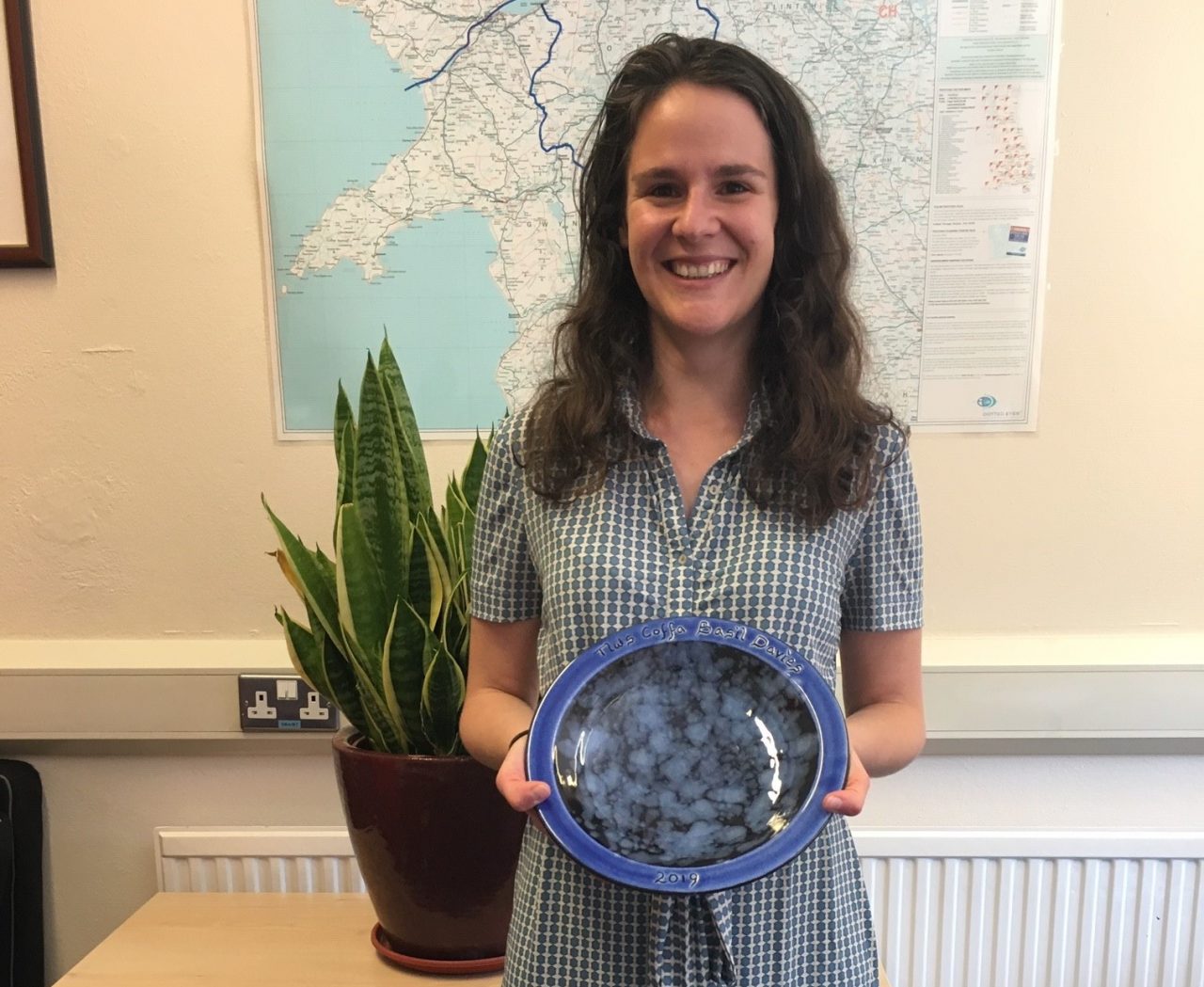 Dr Karin Koehler, an English lecturer at Bangor University, has won the Basil Davies prize for her success in the WJEC Welsh for Adult exam. Karin, who is originally from Germany, was awarded the prize for gaining the highest mark thorough Wales in the WJEC Intermediate exam.

Koehler said: “I’m really proud to have won one of this year’s Basil Davies Memorial Trophies. Many thanks to Basil Davies’ family for establishing these prizes, which really show to learners at every level how much Welsh speakers appreciate our efforts to learn and use the language. I’m also very grateful that Bangor University encourages its staff to develop such a crucial skill, and that I have so many coworkers and friends who are helping me practice and improve my Welsh. Learning Welsh has been a fantastic experience in such a positive environment- it has opened lots of doors to me. The tutors at Learn Welsh North West are inspiring and patient, so to everyone who’s thinking about learning, I would recommend: just go for it!”

Responding to her success, Director of Learn Welsh North West at Bangor University, Ifor Gruffydd, commented: “Karin’s success is partly as a result of her excellent language skills, but it also demonstrates what is possible if you apply and take advantage of every possible opportunity.  What is also pleasing to see is her enthusiasm whilst supporting her fellow learners by organising reading groups and opportunities for learners to practise their Welsh in an informal atmosphere.  I truly hope that Karin’s story and success will inspire others to learn Welsh.”

The Basil Davies prize is coordinated by WJEC and the National Centre for Learning Welsh and the prize was awarded at the National Eisteddfod in Llanrwst.