What Were All Those Protests About? 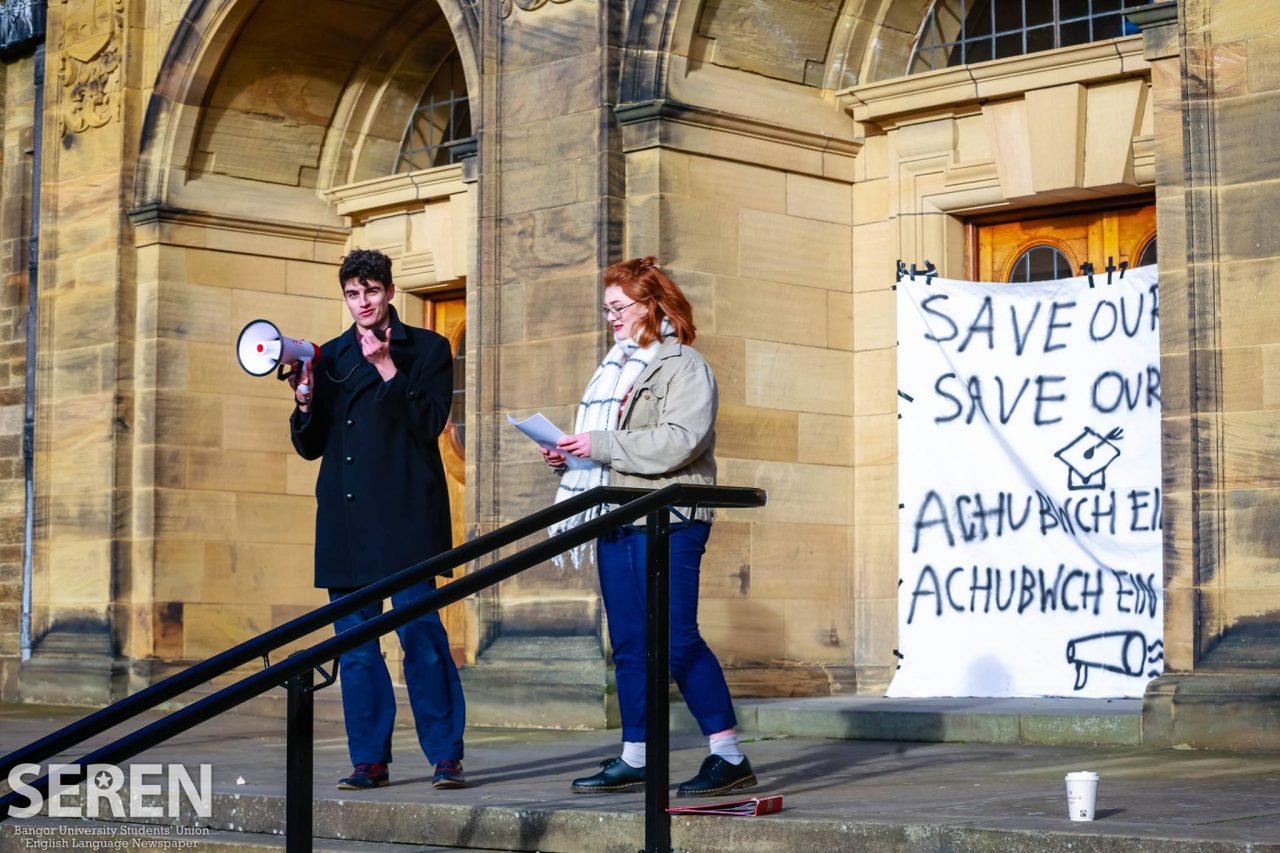 Recently, students of Bangor, in their campaign against the proposed University budget cuts, organised a protest to voice their concerns. The plans to implement up to 60 staff redundancies and the proposed closure of the Chemistry department have attracted widespread concern among the student body. The protest took place on the 18th January 2019 and was intended to display solidarity among staff and students, place pressure on the University to safeguard the jobs at risk, publish full and detailed financial accounts to be openly scrutinised and ensure the protection of the Chemistry department. Arguably the most discussed element of the proposals, the closure of the Chemistry department would see the University reduce the teaching and research of Chemistry over a three year period, until the end of all undergraduate and postgraduate courses in the subject area in 2022. The University has stated that its motivation for proposals such as these is to ensure an annual saving of £5 million, however further analysis of the University Consolidated Statement of Comprehensive Income and Expenditure undertaken by student protestors has revealed a £20 million surplus following the 2017/18 academic year, something which has led to further confusion among the student body as to exactly why the closure of the Chemistry department is such a central part of the proposed cuts. The £20 million surplus is supposedly a mandatory financial requirement that is the result of the distribution of University costs in other areas. A spokesperson for the University previously stated that Bangor University is facing a significant drop in the population demographic in 18-20 year olds, and that the proposed cuts are a means by which to ensure healthy long term finances, particularly in relation to the reduction of staff members in correlation to the decreasing number of students. In a statement, the Bangor Needs Chemistry campaign gave their opinion on these issues and a notion of the future should the proposals be carried out:

‘While at a glance the proposed reduced ratio of staff to student makes sense, it actually reveals losing diversity of teaching, and with that, potentially also quality of teaching. It would also massively impact those students still on the course during the phasing out period, particularly in the lower years when choosing dissertation supervisors, with an ever narrowing choice. The demographic dip will be resolved in 5-6 years time, with a likely 16.77% increase in the population of 18-20 year olds, therefore the notion of closing the department for the benefit of long term finances doesn’t correlate to government statistics’.

The Bangor Needs Chemistry campaign also indicates the impact of the school’s closure on other BU degree programmes: ‘the Chemistry department does run modules for various other degree programmes – for example (but certainly not limited to) environmental science degrees. Many of these require a lab module run by Chemistry. There are numerous other degree programmes that use our lecture staff and/or facilities’. It is clear from the protests conducted by students at Bangor University, and the passion with which many students and alumni speak on the proposed changes to the University, that there remains many avenues to be discussed and resolved. The business case for consultation in relation to the closure of the Chemistry department and the staff redundancies, among other policy changes, is still ongoing, with final arrangements being decided upon later this month.