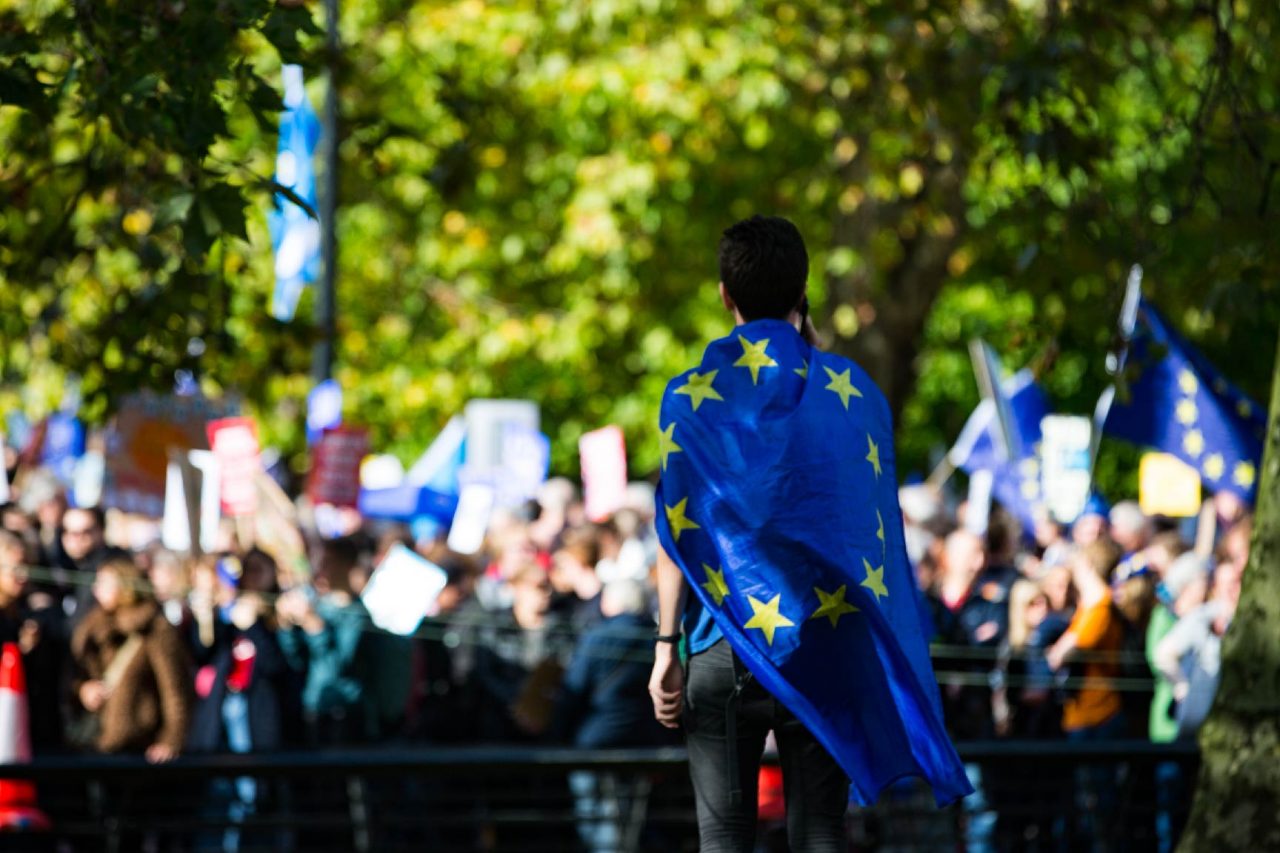 Bangor students marched with hundreds of thousands of protesters in London on Saturday 26th October.

This is the fourth major London protest organised by People’s Vote, a campaign group launched in April 2018 to advocate for a second Brexit referendum. A coach organised by the Bangor Students’ Union left before dawn to reach the starting point of the march by midday.

“This was following on from us releasing our statement recently to show support for having a people’s vote,” said Mark Barrow, President of Undeb Bangor Students’ Union.“This is reflected through what students have been asking for and from what the voting pattern was amongst students, but also the demographic in Gwynedd as well, in Bangor.”

Beside Barrow sat Harry Riley, the Students’ Union Vice President for Education, and main organiser of the trip.
“A lot of our own current students did not get the chance to vote in 2016 as they were too young, so we believe that they should have their say,” said Riley.

As the protest gathered, Parliament sat to cast votes on the Letwin amendment, which would obligate Boris Johnson to request an extension on voting for his Brexit deal.

This was in accordance with the Benn Act, legislation which set 19th October as the deadline for Boris to receive parliamentary approval or be forced to request a delay.

The march began at Park Lane, and proceeded through Hyde Park, finishing in Parliament Square.

Here, a stage had been erected for political speakers such as Mayor of London Sadiq Khan and Diane Abbott MP, alongside celebrities such as Patrick Stewart and Sandi Toksvig.

The Bangor coach was funded by For Our Future’s Sake, a student-led campaign against Brexit, which donated over £1000. Both Barrow and Riley voted Remain in the 2016 Brexit referendum.

“I’m buzzing. It was really really good fun, great atmosphere, loads of people, it was brilliant- over a million people in the end,” said Riley on the coach as it pulled out of London.

Speakers at the march said there would likely be more marches to come.