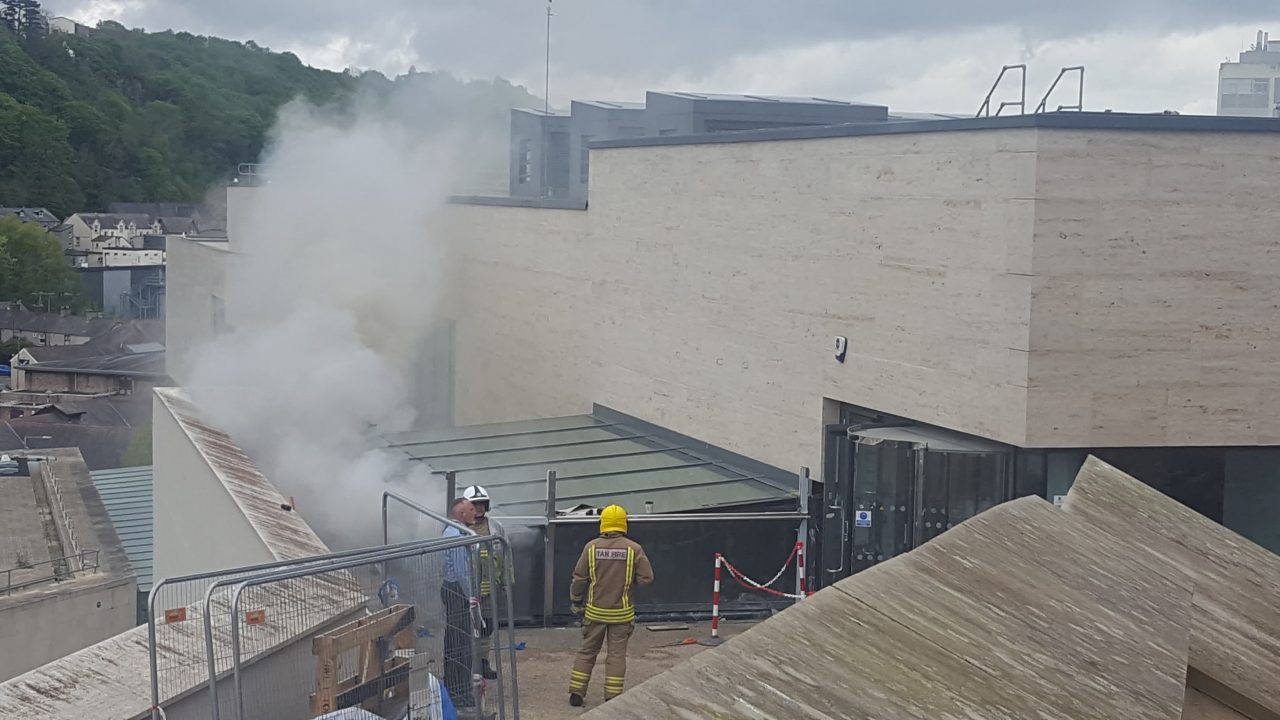 A fire has occurred at Pontio Arts and Innovation Centre today.

The fire alarm was set off at around 11:45AM this morning and emergency services have been called to the scene.

The blaze occurred amid ongoing maintenance work being carried out on the building.

Fire services are reporting that the situation is now being controlled. However, the area has not been declared safe yet.

Students remain camped outside the building as the flames subside. 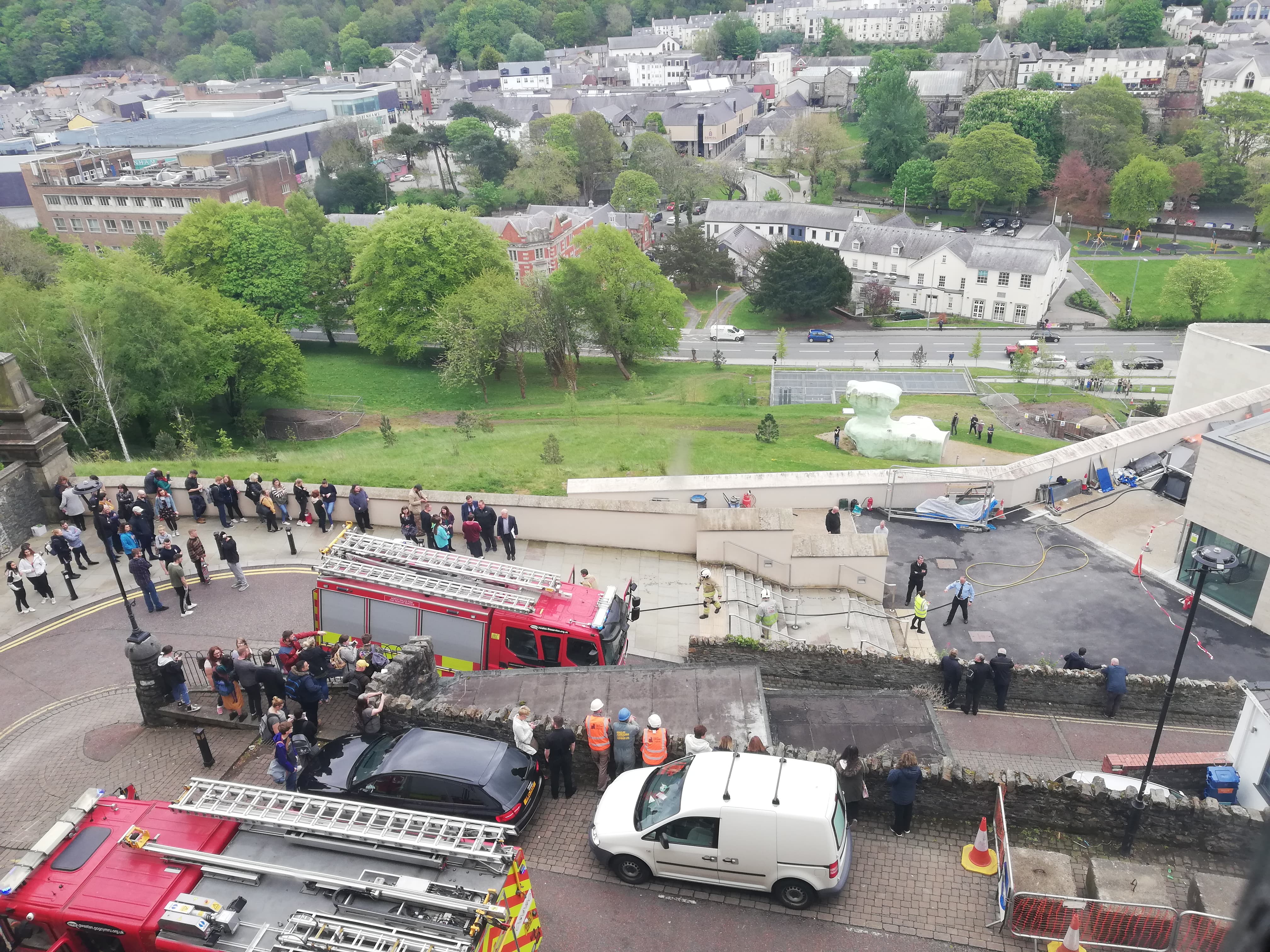 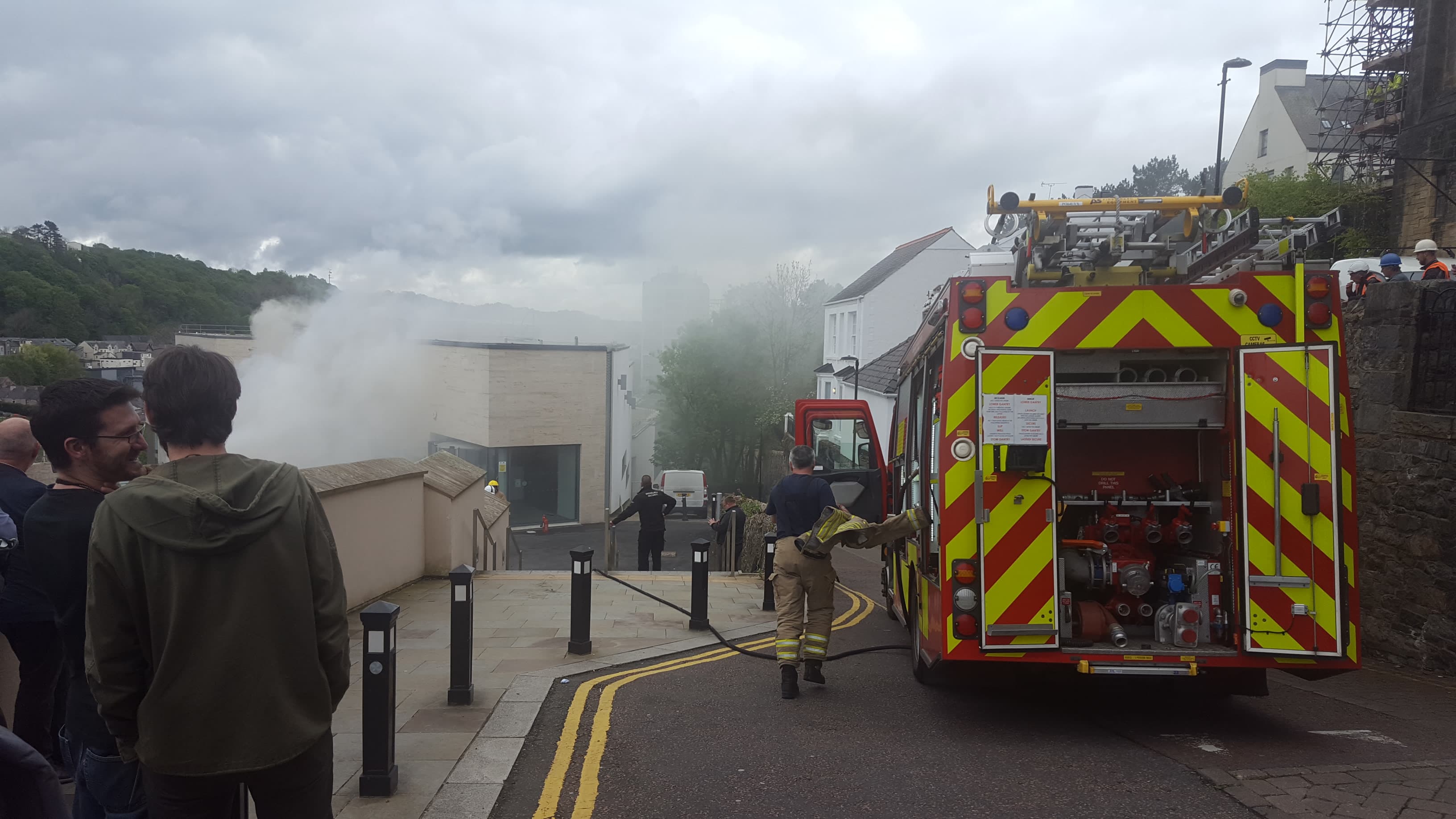 Although the fire now seems to be under control the building itself is still closed.

Reports suggests that the fire was centred around the construction work that was conducting repairs to the roof of the ‘Room of Requirement’ located in the Students’ Union (Undeb Bangor). This room has been plagued with problems since the building was opened with the main issue being leaks to the roof.

The work to address the roof issues in the ‘Room of Requirement’ was due to be completed soon so the timing of the fire is very unfortunate. Although the extent is unknown at this stage, there will undoubtably be damage in that area which is likely to set repairs back even further.