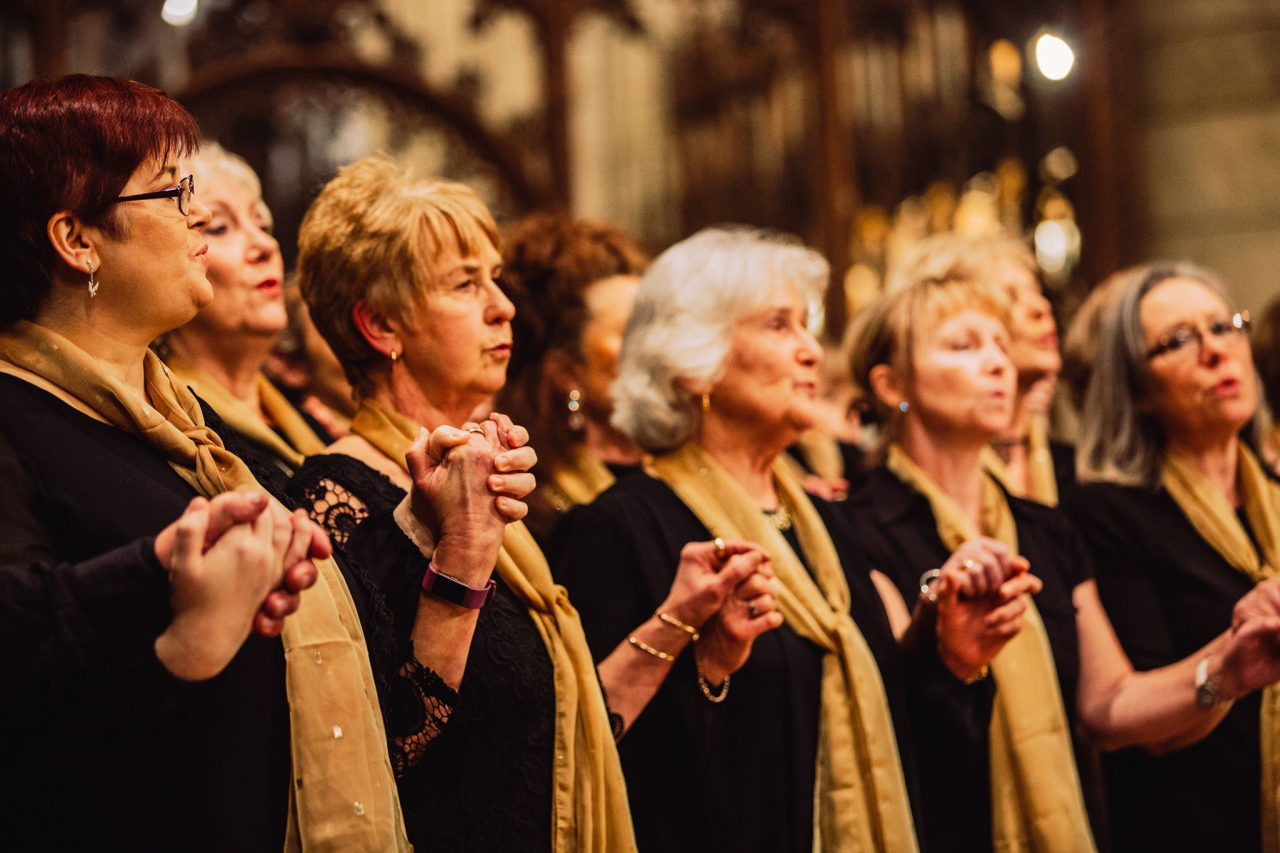 ‘They are in celebration or in memory of people. People come in and light a candle for the moment of reflection, they have their little moment to think about someone. It’s the 5th year they’ve been going and the 4th year for host Rupert Moon (former Wales international rugby union player).’

The Sing with Us Choirs are funded by Tenovus. Research conducted on these choirs have shown that they have several health benefits for members receiving cancer treatment.

‘The Sing with Us Bangor choir is one of the services we offer as a charity. There’s 16 across Wales. It was initially lottery funded, now Tenouvus fund the choirs because of the proven health benefits of singing. We hear some really lovely stories from our choir members.’

In partnership with Cardiff University and the Royal College of Music in London, Tenovus have looked at the effects the choirs have on the members with cancer. Debbie states this sets the charity apart from any other cancer charity:

‘We’re innovative in the way we have choirs. Some people don’t understand what a choir does for cancer patients but we have significant research behind it. (Spit with Us campaign) results showed significant reductions in anxiety, stress and improvements to the immune system.

As well as biological effects, Debbie explains that the choirs form a support network for its members:

‘We always say they don’t have to be able to sing, but they’re just really great support for each other. They get invited to gigs locally and they love performing. There’s about 45 performing but there’s about 80 actually registered in the choir. Some our carers, some are bereaved and some are going through treatment so there’s lots of different stories but the same sense of something, so that’s why they come together.

‘They are different. With the choir and our mobile cancer support units we’re just a little bit different we’re smaller than the other guys but we’re still quite mighty.’

One mobile unit specialises in chemotherapy and the new unit is a Mobile Lymphedema Clinic which is the first of its kind.
The units can deliver treatment to people in rural areas, reducing the amount of time patients have to travel to the hospital, which can be long and expensive.

Tenovus Cancer Care continues their choir research and is appealing for any volunteers to help with future events.