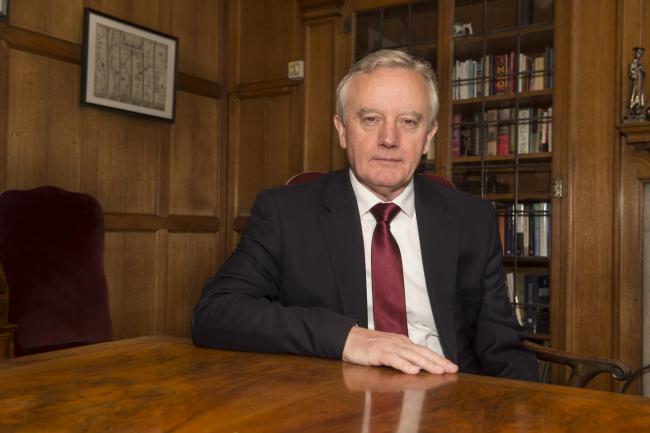 Vice-Chancellor, Professor John G. Hughes, who was due to retire at the end of the academic year has announced that he will now be retiring at the end of December 2018.

In the meantime Professor Graham Upton will be appointed as Interim Vice-Chancellor from 1 January.

The University will be advertising for a permanent successor in the coming months.

In an email to all staff and students, Pro Vice-Chancellor Prof. Carol Tully, said:

“[Professor Graham Upton] has served on Bangor University’s governing body for a number of years and knows the university well.

“He is looking forward to working with the Students’ Union and all our students over the coming months.”

Before that he was a Pro Vice-Chancellor at Birmingham University and a Dean and Head of School at Cardiff University.

Vice-Chancellor John G. Hughes’ retirement comes amid a challenging financial period for Bangor University, where cuts of £5m are being made to the institution.

In the last few days, emails have been sent to aca

demic staff in various schools notifying them that their jobs could be at risk.

Schools are being reviewed and a final decision on compulsory redundancies will be made in January 2019, to be implemented in September 2019.

In Seren’s interview with the Vice-Chancellor in early November, John G. Hughes stated that:

“The instruction given to every Dean and every head of department is to protect the student experience at all costs. For example, we won’t be making academics redundant in this year.

“Many of the student facing areas will be protected and have been protected for the last few years. Students shouldn’t see any of the effects of the cuts that we’re making.”

When asked about his commitment to Bangor University in this financially difficult climate, John G. Hughes added:

“I’m totally committed. This university has been around for 134 years. It has made enormous contributions to life and culture in this region. I want to make sure it’s around for the next 134 years.

“That means I have to make difficult decisions and therefore open myself up to criticism. But that’s what I have to do in my position.”

Vice-Chancellor John G. Hughes faced criticism 2017 after information was revealed regarding the £475,000 property which was bought for him by the institution and subsequently renovated for £260,000.

This is something reiterated by angered students on social media in reaction to recent redundancy updates.

One student said: “This is an interesting move considering the salary/expenses scandals some of the upper level staff have been a part of.”

Another said: “They have to inform them of the possibility of people being let go, last year they managed to keep everyone.”

School administrators were instructed to ask students to send complaints to the Students’ Union this afternoon as rumors of a protest were circulated on social media.

These complaints will be gathered and presented to the University to force reconsideration of current redundancy plans.