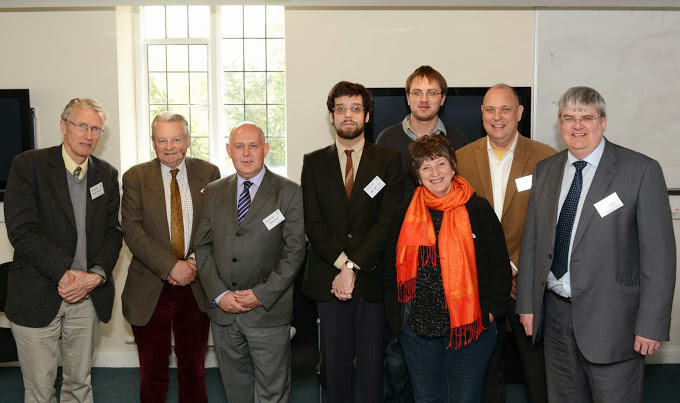 Once again, Bangor University took part in the Economic and Social Research Council’s Festival of Social Sciences and invited the public to get involved too.

Year 12 and 13 school pupils visited the University on 6 November to take part in a variety of workshops and seminars that discussed different forms of injustice experienced by people living in England and Wales in the 21st century.

One event – Faces of injustice: Social sciences and social justice – was used as a way of exploring 21st century injustices, whilst highlighting the role that social science research can play in fighting these injustices and finding solutions to social problems.

Peter Shapely, Head of the School of History, Philosophy and Social Sciences said:

“By providing the young students with an opportunity to discuss their experiences of crime and criminal justice; problems concerning stigma and discrimination; and other current issues, they can see how society deals with these issues and how studying society in all its forms help us to make sense of the world around us. Our students gain analytical and critical skills which are valued in the workplace.”

On 9 November, Welfare reforms came under the spotlight in an event that brought together local authority workers, Department for Work and Pensions representatives, advisers from the Citizens Advice Bureau, members of the public and academics to discuss Universal Credit: The challenge of welfare reform.

Dr David Beck, who organised the event, explained that the aim was to provide an opportunity for local policymakers to take a step back to consider how the introduction of Universal Credit could impact on the various organisations in the local area.

He said: “The roll-out of Universal Credit, as a reform to the way in which welfare is administered, has so far been a monumental challenge for the government. Even their own departments are struggling to organise this important policy change. The event [aimed]to bring some clarity through dialogue about Universal Credit, and how frontline service organisations can meet the challenge.”

Local people were invited to sample some activities brought to use via other cultures: an Adopted Cultures Day, in Pontio on 10 November. The event included demonstrations, talks and taster sessions of non-Western practices such as yoga, capoeira and salsa.

Jochen Eisentruat, the event organiser, said: “There are many local groups who practice types of dance, music or movement which originally come from far-away cultures. Whether they are from India, Brazil or Cuba, these activities are enjoyable, sociable and healthy, and usually also have a deeper meaning. In addition, they make us think about our relationship with other cultures; and with our own.”