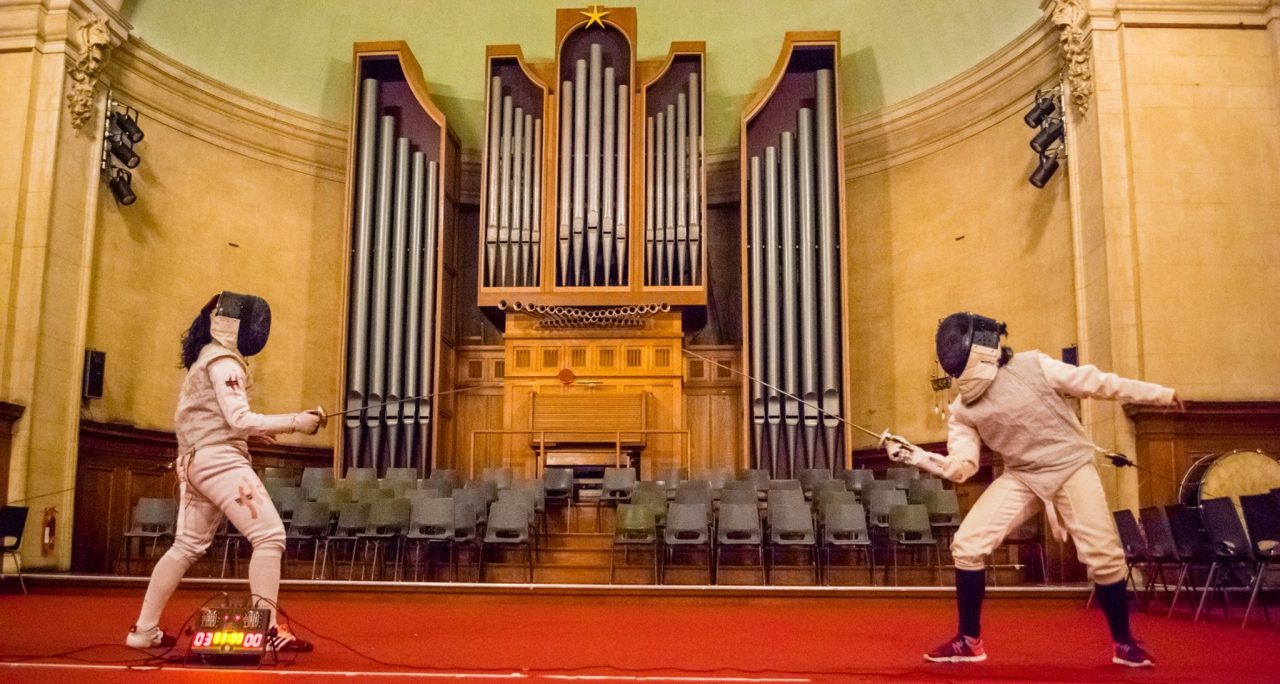 UNDEB Bangor hosted their second ever cultural fair at Bangor University on the 18th October.

The event was organised by the student’s union and the Vice President of Societies and Volunteering, Muhammad Firdaus. The event raises money for Bangor University’s societies and clubs as well as donations to the university’s RAG charities.

The evening consisted of different creative performances from several societies, including martial arts demonstrations and medieval re-enactment. A total of 23 societies attended, compared to 16 from the previous year.

Muhammad Firdaus said ‘We are a university in the middle of North Wales. When you walk on the streets you may not see that much diversity but in the student body itself, we have over a dozen different cultural societies.’

The event was organised with the intention of celebrating the diversity within the university, giving societies the chance to educate other students on their culture, as well as learning about others.

Alongside the performances, societies were given the opportunity to sell food and gifts in order to fundraise for their society. The money raised went to the individual societies themselves but also to university-listed charities:

‘This is a really good opportunity to fundraise. It’s a fair and people can sell things and people can fundraise. 10% of that fundraising total goes to the Societies Development Fund which is a special fund to help society projects…10% more of that amount goes to RAG charities…. it’s helping other people, and everyone wins the way I see it.’

The fair also gave the martial arts societies a chance to perform their skills for the students of Bangor. Muhammad also got involved in the action as he performed in the Jiujitsu display.

‘I myself am a martial artist, so I really just wanted to show off’ he said jokingly.

Even though last year’s event was more well attended, Muhammad insists the event was still a success and an improvement upon the previous year.

‘I did this event last year as the Chairman of the International Student Society. I think we had more people attend last year, however I think we’re more organised this year.’

He concluded with ‘The way I see it this is the first official cultural fair. Even though we don’t have as many people we have a higher quality of fair. Who knows maybe this will happen again next year.’

It is not yet confirmed if there will be another cultural fair next year, but the success of this year’s event is still indisputable.