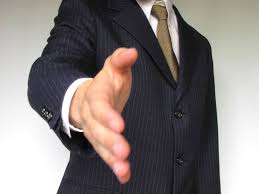 Though many businesses enforce a strong ethical standpoint to their consumers and the world in general, an equal number of businesses disregard moral principles, and this is when it becomes tough to deduce if more positive influence exists or if the negative impact drowns out any of these opportunities.

As conglomerate enterprises, fortune 500 companies and thriving expanding businesses possess a unique opportunity to educate the public in a way textbook education cannot, some companies such as LUSH Cosmetics achieve this in unique ways. Though the word ‘ethics’ is often thrown loosely, I define it as companies that aim to do their best to ensure they try not to damage people or the planet with trade practices or immoral acts. Over years of observation, LUSH Cosmetics have definitely aimed to maintain a high ethical standard in my books. They have always assumed a strong viewpoint when it’s come to animal testing and the conservation of the environment. There is usually a form to sign at the payment counter at LUSH. ‘Fight against Animal Testing’ petition or ‘Let’s conserve the Environment” are two I’ve seen often. I’m not about to comment on the topics of the petition forms, but I think the placement of these forms is an ingenious idea. With this form stationed at the payment counter, you bring immediate attention to it. This way, customers usually start a conversation with the employees while employees scan their items, and when this catches attention; it can’t help but be discussed. That’s a tactical way of opening up a controversial topic and passing on some ethical knowledge. It teaches people the value of ethics, in a way no theoretical material could.

Some businesses however, have no inclination of contributing to the ethical obligation they owe. As they grow, expand and start building a multi-level business, it becomes tough to see the point in expending money or donating to ethical obligations. What these businesses seem to forget, is the key foundation it was built on. Start-ups usually have it incredibly hard, and that phase is when people remain the most humble, motivated and filled with this intense perseverance to change the World. As they grow, so does the thought to make as much profit as possible, which is what is a cause of disappointment. Especially considering the fact that when so many businesses do their best to give back, certain business that do not feel ethically obligated tend to disregard the idea altogether.

Despite there being businesses that exist in today’s World only to gain profit, we mustn’t ignore the incredible work some charitable businesses take on in order to make a difference. There have been countless businesses that have created numerous opportunities for underprivileged children, single mothers and uneducated people. Personally, I think that business ethics are in no way an oxymoron, and as of 2017, not at all an obsolete concept. All we can really hope for is that people try their best to make a difference. At the end of the day, though businesses are highly influential and can make a very impactful change, we as people of the World, can do the same. We may not have the resources and money, yet we have energy, good intentions and most importantly, drive. If we work together in our communities, businesses, cities and countries, we would truly have the capacity to achieve an ethical change in whatever we desire, be it a social, humanitarian or environmental cause we believe in. When it comes to businesses, let’s hope the efforts of good, ethical businesses outweigh the careless lack of morals other businesses have. That is all we can really ask.