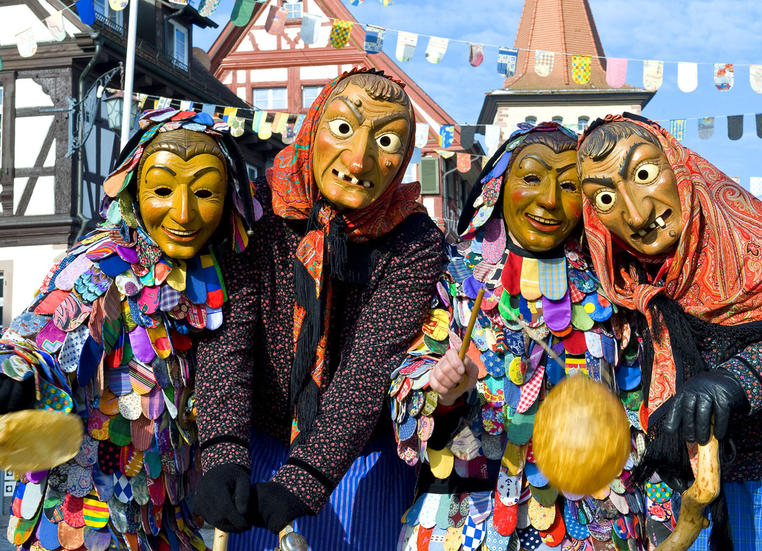 We’ve approached an exciting time of the year, one that presents the idea of dressing up in extravagant costumes, spooking your flatmates with gruesome decor, and trying to convince yourself you’ll make it past seven days after watching The Ring. Amidst the spooky thrill Halloween brings, one thing usually dampens that spirit; Controversial Halloween Costumes! There’s nothing worse than heading out to Academi on Halloween night and seeing someone dressed up as Cecil the Lion busting a couple moves on the dance floor. When I see things like this, two particular thoughts usually run in my mind: 1) Out of all the things you could creatively dress up as, why would you choose something that sparks that much controversy? 2) That costume is bold enough to catch anyone’s attention, and by thinking those thoughts, we are presented with two sides of debate regarding the topic.

In a way, I understand the reasoning behind dressing up as a controversial entity. You have the power to ignite many emotions in people around you. There’s outrage, anger, humour and appreciation to name a few. To be able to have the capacity to do that presents a validation that people really appreciate sometimes. However, there’s no saying how offensive you might come across to someone else. There are many times I’ve heard someone say they are going to dress up as an Arab because they think it’s funny and comical. Growing up in an Arab country and being so influenced and impacted by the Arab culture, to hear someone say that the traditional garments of an Arab is a “costume”, usually offends me and frankly, is a cause of outrage. How can I not take it offensively when you wish to degrade a culture publicly, one I’m so respectful and appreciative of, and call it a funny and comical costume? There are many examples of people saying similar things, and usually I always come to one conclusion; these people are ignorant. They do not understand the depth or seriousness of what they say, and think that because they cover it up with the pretext of “Halloween”, it gives them the right to say and act however they like. Unfortunately, these people do not seem to realise the seriousness of their actions. By saying things like this, or dressing up in a controversial costume, you feed the ignorance in a vicious cycle. You make other people believe that the limited knowledge they know about a culture, or person, or even a tragic occurrence that involved an animal, is everything there is to the topic. There is no further information, no need to seek out more information and become better informed. By doing this, people start to believe an ignorant mind-set. They start to eventually adopt this ignorant mind-set. People don’t really see the problem in dressing up in controversial costumes, because at the end of the day, they’re ready to take the heat and move on, because the comments they get about how bold they’ve been to pull it off are far more outweighed than that couple comments they hear that involve people being offended.

However, in a way I do understand why people commit to the brave move of dressing up in a controversial costume. It does catch your attention, and it does make you think about why they’ve decided to dress as that particular entity. I do admire the bravery people have when it comes to taking a risk, and I do think that as long it doesn’t cross a boundary and become racially or politically offensive, then it’s a win-win situation. People don’t get offended and you succeed in coming up with a brilliant costume idea! Frankly, I think this is the best way to make a positive impression, and encourage nothing but appreciation when it comes to your costume.

One Halloween, I came across a group of girls that all dressed up as different successful women from history. Some of the costumes depicted amazing influential women, such as Rosie the Riveter, the iconic depiction of strength in a female worker. She was the face of the “We Can Do It” poster, which served to empower women in the 1980s. One of the girls in the group had dressed as Oprah, because she wanted to promote ideologies that Oprah stands for, such as liberation for certain communities, self-love and acceptance and empowering women and men alike. Seeing a girl gang represent such empowering women and explain that they went with this idea because they wanted to spread an empowering message, really touched my heart, and made me appreciate the thought behind this. There is so much turmoil and conflict in our world already, and by encouraging positive depictions of people, or by spreading the message influential people before us have spread, will help inform you, and people around you that as a team called humanity, we have a job that requires promoting the good and trying our best to not let the ignorance and negativity cloud the good that is present around us.

At the end of the day, I think putting across your thoughts when you don’t understand the bigger picture can come across as bold, but be classed as insensitive. Let’s start putting across our thoughts once we have sufficient knowledge regarding it, and let’s make it a point to impact those around us positively, whilst still pulling off a Halloween look that creates a cause for applause!