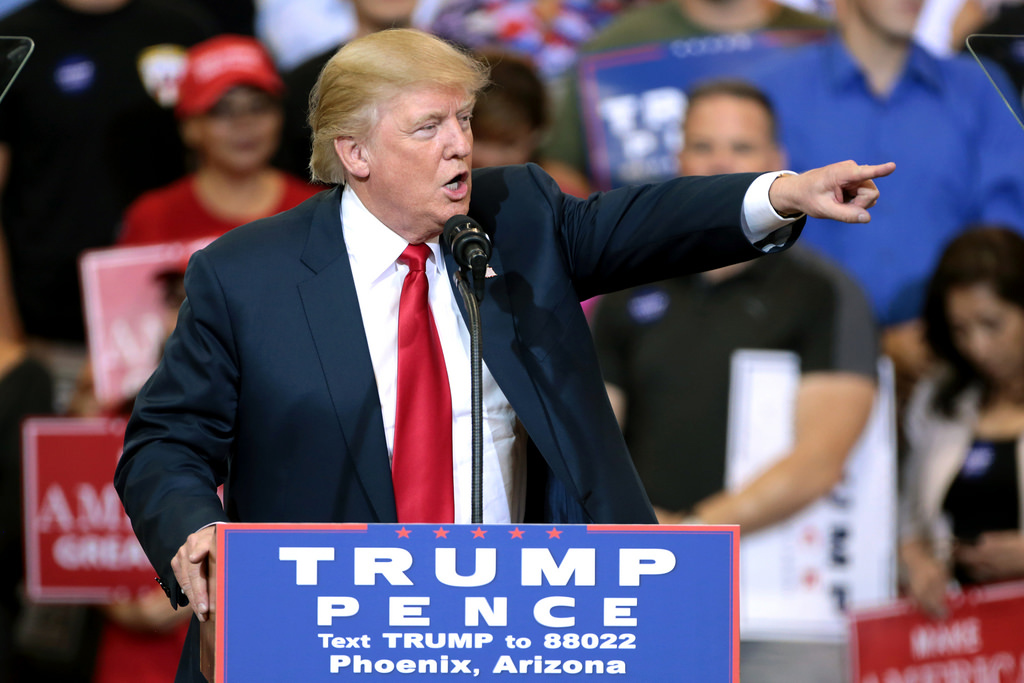 Amidst the current epidemic of natural disasters that are plaguing the United States, coupled with a failing tax reform and lack of legislation regarding health care, the Trump administration is staying in touch with their morals and tackling the issue that’s been on the forefront of all of our minds; football players. Among a recent surge of NFL players kneeling, locking arms, and otherwise protesting against police brutality during the ritual-like performance of the national anthem, Trump has lashed back at the players, calling them out on their lack of respect for the veterans who fought and died to defend that anthem.

This ordeal reminds me of a very personal and small-scale encounter I had with the American flag during my time in the American education system. It all began with a young girl in her freshman year of high school, who, during the daily reciting of the pledge of allegiance, refused to stand and salute the flag, as her family came from a different country and she did not support just ‘one nation, under God.’ Once the administration caught wind of this, she was ordered to stand during the salute or else consequences would be met.

Nevertheless, she continued to sit during the pledge, and received backlash because of it. Once the rest of the school caught wind of what the school’s administration was attempting to do, many of us decided to sit down with her. In response, the administration gave everyone who sat detention, or at least attempted to. One of my friends, a girl whose father was an immigrant from Egypt, got a phone call home in the midsts of the chaos and the administration flat out asked if she was engaging in terroristic activities. Over the phone to the Egyptian father of this girl. I cannot make this up. Nearly instantaneously, the administration caught their mistake and gave up in trying to punish people for sitting during the pledge of allegiance. Some of us continued sitting, some of us did not.

The moral of the story is, when posed with the question as to whether it is disrespectful to kneel during the pledge of allegiance or national anthem or any patriotic gathering alike, I find it would be unpatriotic to suppress those who are displeased with government. If anyone tries to suppress them, people will stand together. I grew up in a country where I was given the choice and the freedom to defend others and protest as I please, and that is the beauty of it. And as for the pettiness of Donald Trump; congratulations, more people are kneeling now than ever before.