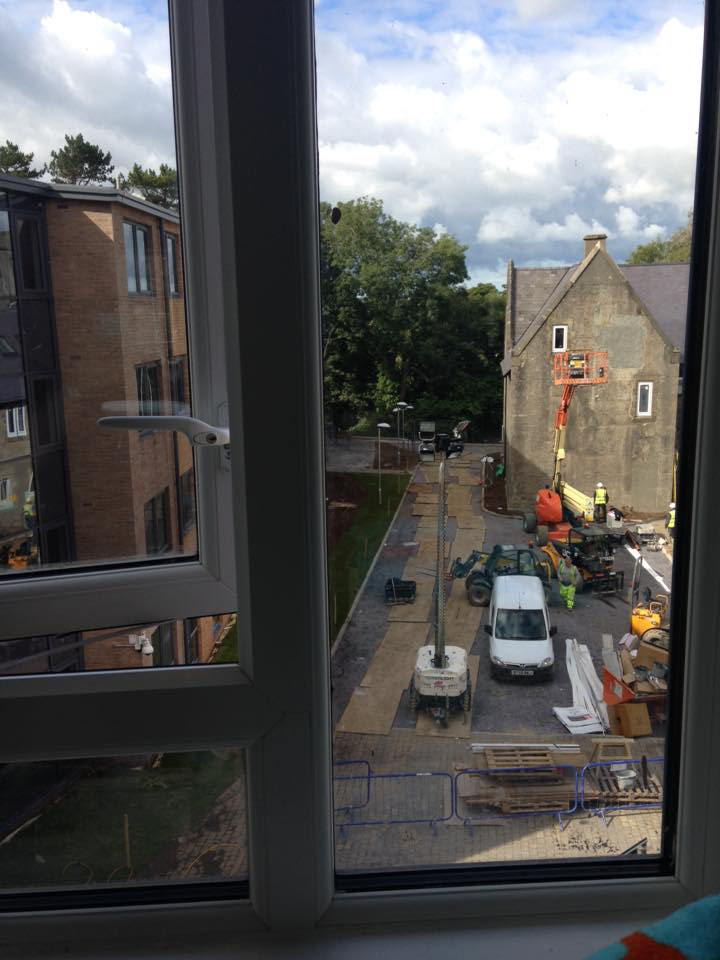 A promised land. That was what St. Mary’s looked like in the projections. Still, in September, no photos of the site were on the internet. It could have been for the best or for the worst. The most skeptical were certainly right in thinking that it was not finished. The building was not even the main problem. 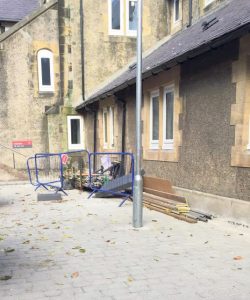 Of course, the noise and presence of dozens of workers on site can be annoying, but the main issue was the state of the installations in the accommodations – for those whose buildings were finished. Some international students who arrived earlier than the freshers had to sleep somewhere else until their rooms were ready.

“When we arrived, the rooms were full of dust”, says Elena, 23, “there were no vacuum cleaners or brooms.” Even though the staff were pleasant and helpful during arrivals days, moving in was still difficult.

Inside St. Mary’s had a myriad of problems. The floors were dirty, there was a lack of equipment, and keys weren’t working. There was also no outside bin, no launderette, and no gym. One student, Thomas, who suffers from dust allergy, has struggled with his breathing since moving in because of the halls that have been without cleaners for several weeks. 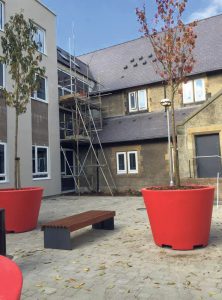 In response to these numerous complaints, an online petition was created. The reclamations were the following: a 4 week refund from rent (in addition to the one previously given), deduction of the gym price from the rent (the site’s gym consists of a single room which is not comparable with Canolfan Brailsford), cleaning equipment provided to all flats,an hours notice before contractors enter rooms, a bar like Uno in Ffriddoedd, a shop fully stocked, and the car park resurfaced. The petition asked for a meeting with coordinators in order to discuss these issues.

Over 200 signatures were gathered on the internet and paper from the residents at St. Mary’s. The protest gathered attention and most of the demands were met. Student Union members came together and talked with unsatisfied students and the reduction of 5 weeks rent was allowed. In addition, the dangerous road leading to St. Mary’s will be fixed. 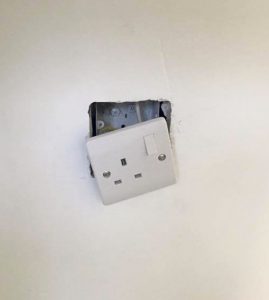 However, building is still ongoing and St. Mary’s inhabitants wake up to the sound of construction machinery. Most students are not angry and actually like the site itself. They are more concerned about climbing the hill.

“I must admit I prefer to get up with hunger than with the sound of the machines. Workers coming into my room without warning is troublesome too, but we have to do concessions. The gym is small, but for a non-existent-level sportive like me, it’s no big problem. Concerning the village, it is really well done, and it is nice to live here. The main drawback is the hill to climb… yet it shows how worried is the university about our physical condition.” says Perle, 20.