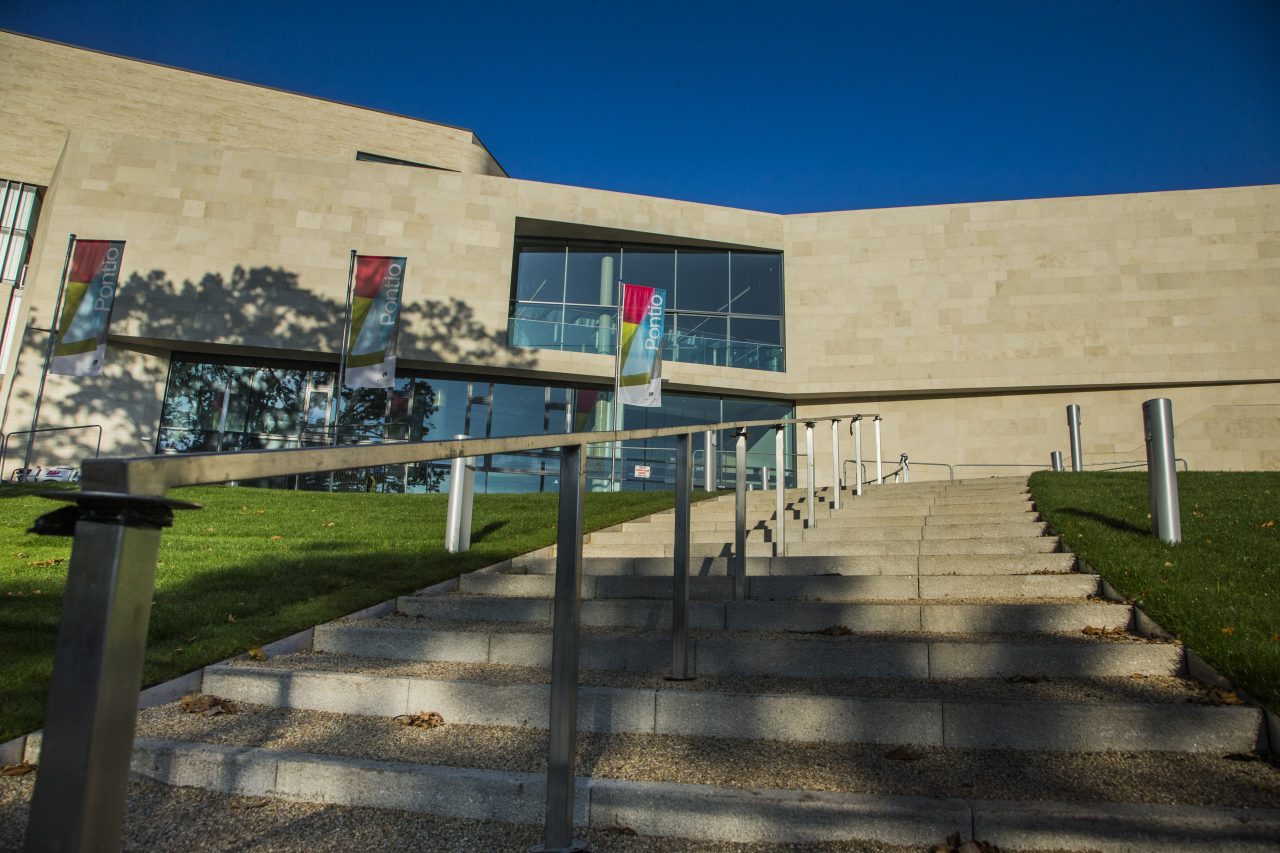 After endless years of building, Pontio appears to be worth the boast “state-of-the-art”, after its architecture, variety of new technologies, and environmental awareness were unveiled this week.

Pontio comes from the Welsh “to bridge”. Anybody crossing the memorial arch, entering the building, walking the numerous stairs and finding themselves facing Main Arts would think the name appropriate. It is a literal bridge between the center of the city and the university and a figurative bridge between the ancient and modernity.

The brightness is striking as you enter Pontio. There are windows on either side of you but also above, letting in the most sunlight, which is then reverberated by impressive white walls. Looking up, you get the sense of a huge maze with its 6 stories and stairs suspended across the open space. It keeps a little of the Hogwart-likeness of Main Arts.

The main material is, surprisingly, stone shipped from Germany. Welsh ash extracted in a sustainable way was also used in construction. Pontio’s high environmental standards means that the building was made with 30% less carbon than an average building of that size. It also produces its own electricity whilst heating the building – enough to power 90 houses. It also has natural ventilation system with computer controlled windows and vents to reduce the reliance on heating and air conditioning. 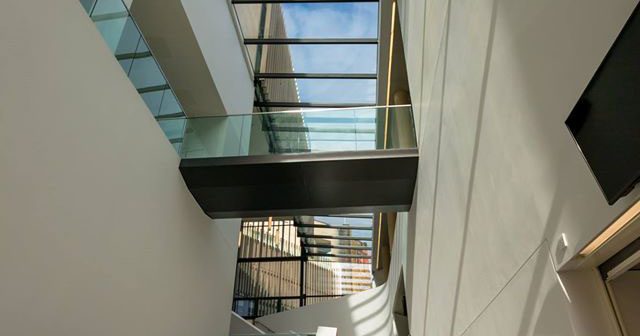 Acoustics in the lecture and performance rooms are all state of the art. The building contains a classic mid-scale theater, a digital cinema (where 3D movies will be played and lectures will be given during the day), a studio theatre, and many lecture rooms, including a main lecture theater with a capacity of 450, which will become the university’s largest. This will leave PJ Hall to be used for official events and concerts.

“What is great about Pontio is that it is an interdisciplinary space” says Dewi Hughes, Pontio’s executive director. “Products will be created in the innovation room and may be used in theater plays.”

The innovation room, a one-of-a-kind space with equipment worth half a million, will be available for staff, students and local businesses to use. Amongst others, there will be opportunities to create your own piece of furniture and to use 3D printers.

Pontio will be a new central place of student life with a whole floor dedicated to the Students’ Union and two large social learning spaces. Lectures will be taking place there from the beginning of semester 2 and the drama societies will be given access to use the performance spaces. The building should also provide job opportunities for students in the various catering outlets.

Yet, the tumultuous story of the building is not over. The construction was said to end for the fresher’s arrival and it is still not ready. Rumors of openings are not new though.

An optimistic 2008 BBC article said Pontio would open in 2011. Since then, the date has been postponed. Although there are already events planned, official opening is said to be “after Christmas”… Moreover, costs of the site rose from £30m to £49m at the expense of Bangor University, the European Regional Development Fund, Welsh Government, and the Art Council of Wales. Still, let us hope the opening will be as fast as the building is impressive.