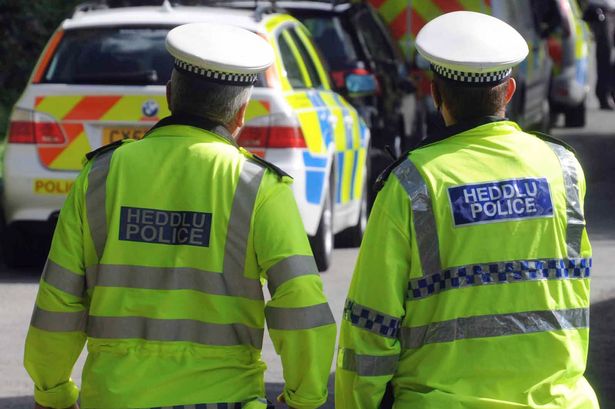 Raids were carried out at four houses in Bangor, as well as properties in Manchester and Stockport.

Three of the six people arrested were from Bangor and all were suspected of conspiracy to supply drugs in North Wales.

Paul David Williams, 40, has now been charged with conspiracy to supply Class A and B drugs and conspiracy to bring a prohibited item into a prison.

Scott Anthony Jones, 33, and Darren Williams, 29, have been charged with conspiracy to supply Class A and B controlled drugs. All three men are from the Bangor area.

Additionally, Paul Michael Mercer, 47, from Manchester and Heath Noel Bowling, 42, from Cheshire, have been charged with conspiracy to supply Class A and Class B Controlled Drugs.

All were refused bail.

Five of the men appeared before Caernarfon Magistrates Court on 15th November and the sixth appeared on 17th November.

Detective Inspector Arwyn Jones, who leads the Operation Scorpion team, said: “These arrests were made as part of Operation Scorpion’s continued fight against serious and organised crime in the region and are the culmination of a protracted intelligence led operation.”

“The arrests and charges form part of our ongoing investment into tackling the supply of Class A and B Controlled Drugs into North Wales.The operation will continue and demonstrates our desire to tackle this menace head on.”

He added: “We are grateful to the public for their support and we intend to work with our communities and partner agencies to relentlessly pursue these individuals, and to that end I’d urge anyone with information regarding the production and supply of controlled drugs or anyone they believe is involved in organised crime to contact North Wales Police on 101 or alternatively via Crimestoppers on 0800 555111.”

Operation Scorpion aims to focus on a wide range of major crimes, including drugs and human trafficking. More than 30 people have already been charged as part of the operation.