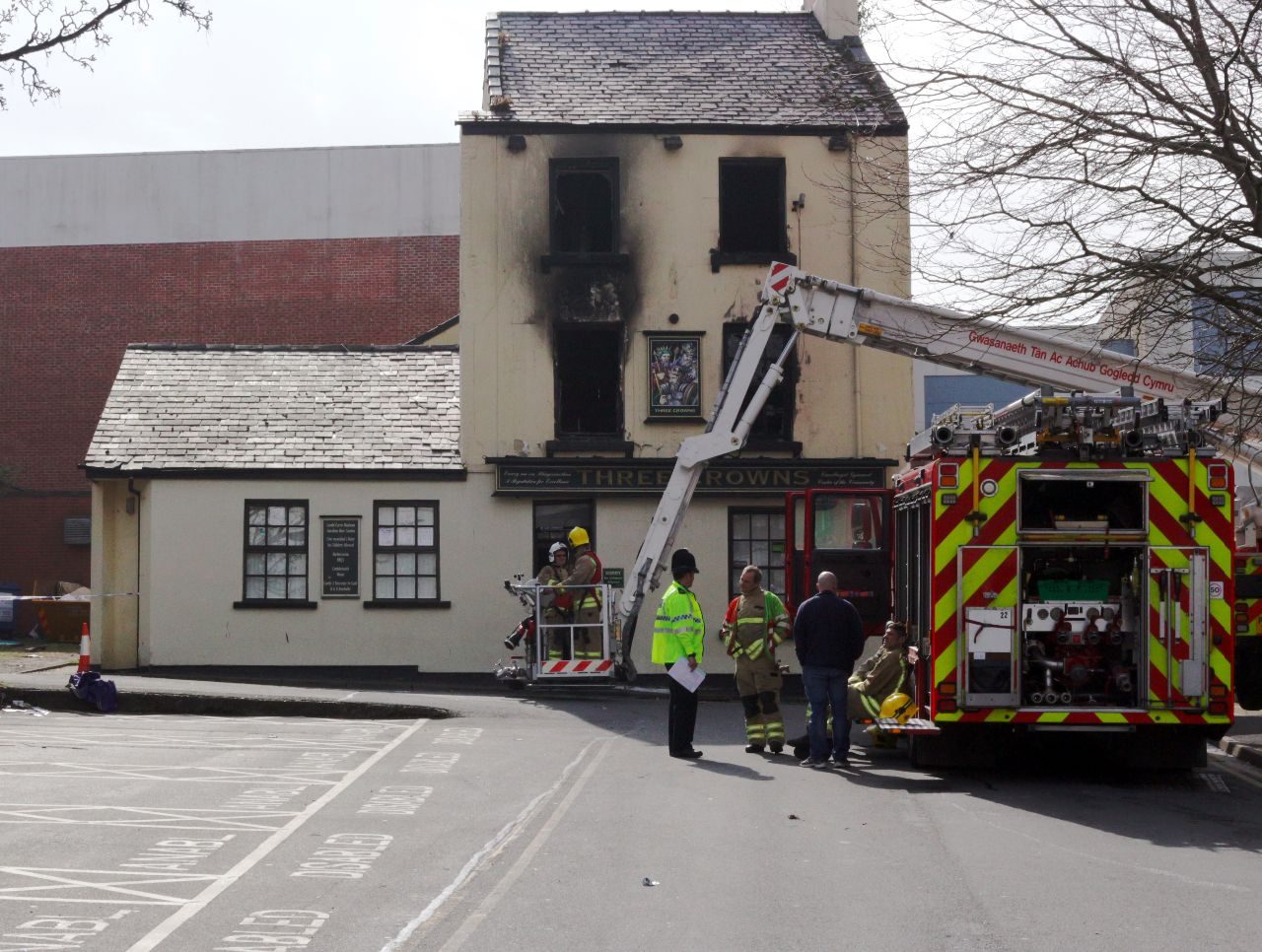 One man has been arrested, and six injured in a fire at the Three Crowns Inn on Well Street. One man has been seriously injured, jumping from the second floor to escape the flames.

The man arrested has been held on suspicion of arson after the fire started early on Sunday morning at around 3.30AM.

The seriously injured man, a local DJ named Jason Robertshaw, 29, was taken to Ysbyty Gwynnedd after suffering burns and internal injuries. He has now been flown to Birmingham Hospital. Mr Robertshaw’s condition has been described as serious but stable.

Two police officers were also taken to hospital due to smoke inhalation but have now been released.

Forensic officers returned to the pub early during Sunday morning to undertake an investigation into the cause of the fire.