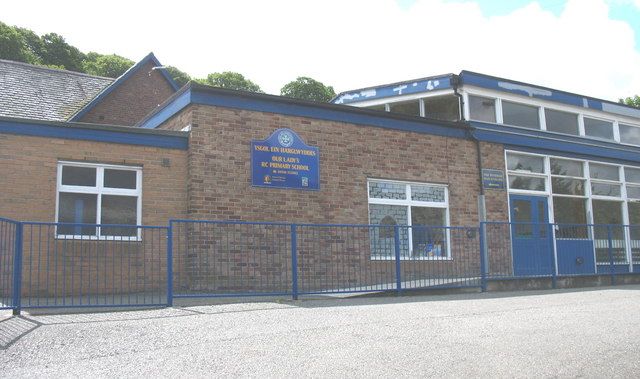 North Wales Police are appealing for any witnesses after a firefighters were called to tackle a blaze at a local primary school.

The fire started at Our Lady’s School on Caernarfon Road last night and is now being investigated as an arson attack. The police believe that the attack took place between 6.20pm and 7.30pm (Friday 28th February) and Investigating Officer, DC Gerallt Davies is asking that anyone with any information relating to the incident call 101 or Crimestoppers (anonymously) on 0800 555 111.

The fire took crews from both Bangor and the Menai Bridge area to put out and was reportedly in a detatched outbuilding behind the school. A message posted on Gwynedd Council’s Twitter last night stated that the school would be closed on Monday (3/4) and Tuesday (4/4).