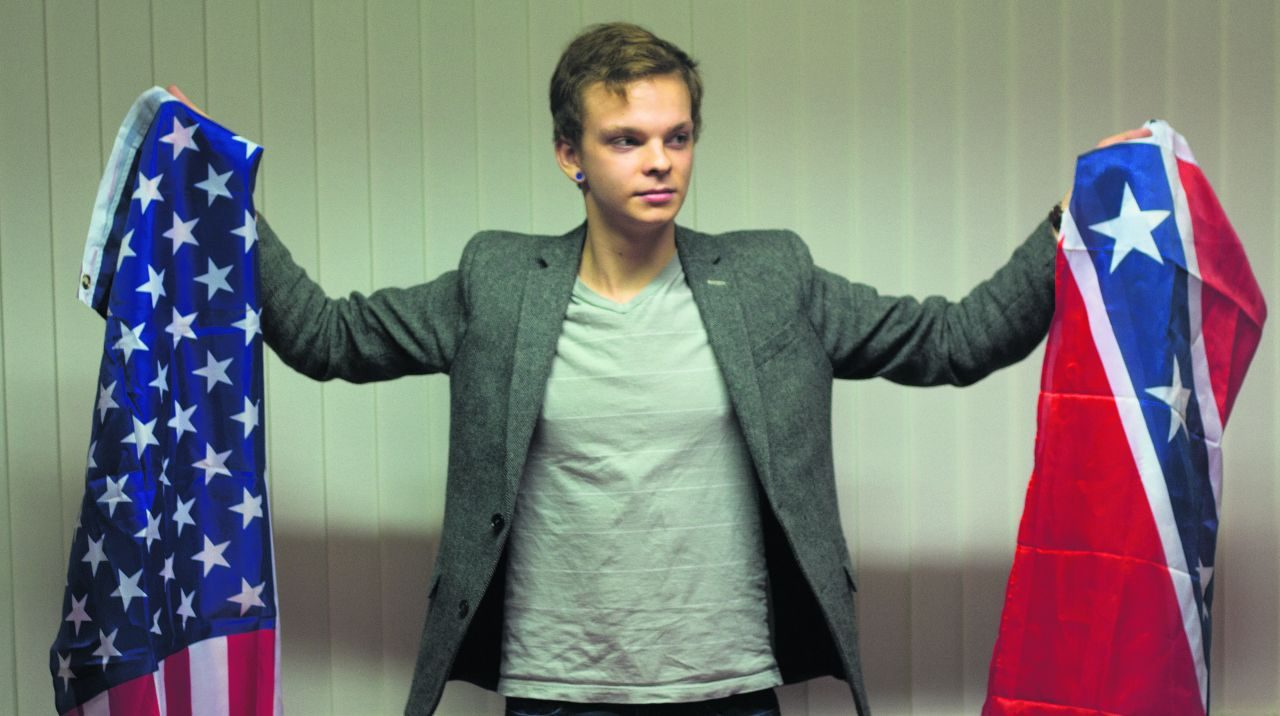 I was raised in the notoriously Democratic Washington state; the home of hipsters, Nirvana, and Microsoft. During the last election, we were not just one of the states to vote to re-elect Obama, but we also legalized recreational marijuana and gay marriage. Not only that, but my parents are biologists, so it was no surprise that I grew up listening to Bob Dylan and growing my own organic vegetables. I was as liberal as Barack Obama’s use of the word “folks.”

So when, at age eleven, I moved to Enumclaw, a conservative farm town an hour away from Seattle, I got thrown into the deep end politically. Moving there was like moving five hundred miles south and thirty years into the past. The age of most of the cars was triple their gas mileage, and many of them had Confederate flag (the flag used by the South in the Civil War) stickers in the windows. I guess nobody told the owners that Washington is as north as you can go without hitting Canada.

To make matters worse, I attended a high school that was a popular place for ultra-religious parents to send their kids so they could learn science from a Mormon. I was mortified when, in chemistry class, the incredibly smart teacher casually denied the existence of evolution and global warming. To my sheltered liberal mind, this was like claiming that gravity was a hoax.

My classmates had more experience with guns than with black people, and thought that the Old West was America’s golden age. It wasn’t long before I started pushing back. I combated my fellow students’ homophobia by wearing eyeliner for a year, and got into debates about immigration and taxation with both my peers and my teachers.

Incredibly though, I started making friends. It took a while, but we started realizing that though we were polar opposites politically, that wasn’t all of what defined us. While we couldn’t agree on whether or not Mexicans were ruining the country, we all admitted that the TV show American Idol definitely was. I even realized that despite his strange beliefs, my Mormon teacher was one of the best I’d ever had, and he personally supported me by writing a glowing reference letter so that I could get into Bangor University.

When I moved on from high school to a community college in a different, more liberal Washington town, I found myself surrounded once again by the Democrats I had grown up with. While I still agreed with most of their ideals I was annoyed by the way my pot-addled pals never considered the other side’s opinions, completely missed the point of recent Republican legislature, and always started hacky sack circles.

When I moved to Britain though, I was in liberal heaven. People in general are less intense about politics here, and having more than two parties means that they tend to vote more for the best candidate than for the “team” they’ve adopted. Plus, national health care, firearm restrictions, and the fact that you have Charles Darwin on your money were breaths of fresh air.

That being said, every day it’s becoming more clear that I didn’t escape Enumclaw politically unscathed. When I was asked for ID the first time I tried to buy scissors in Morrisons, I just remembered the people I know back home with semiautomatic rifles and it seemed so asinine. When a friend told me about the regulations around knives, baseball bats, and even screwdrivers here, I was appalled that the government would interfere so much with the lives of their citizens. Plus, don’t get me started on freedom of speech (because I’d probably get arrested). I love Britain, and I love America, but I’m starting to see that every one in a while, my redneck friends got it right.