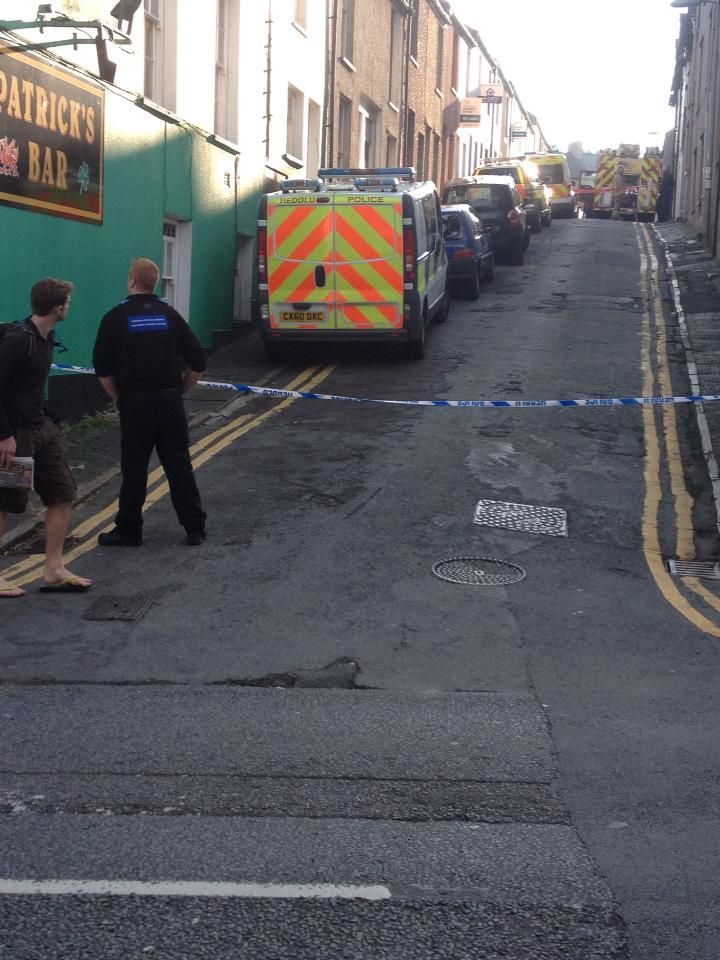 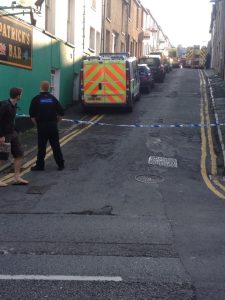 A fire in Upper Bangor has caused a number of residences to be cordoned off by the emergency services.

Local residents report that at approximately 4pm this afternoon, a property in Hill Street, behind Patrick’s Bar, had a gas leak that resulted in a small explosion and has been on fire since. Residents in the area have been told to keep to the back of their houses to avoid gas fumes, and people outside of the cordoned area are unable to return to their homes.

Power has been turned off on Hill Street and the surrounding block, affecting houses on the opposite streets, Pizza House and the Options cash point. The Daily Post is also reporting that flames have been seen on the street where work was being done, and Scottish Power are present at the scene.There are multiple emergency vehicles on the street, including fire services and the police.

It is unknown whether anyone has been injured or what property has been damaged in the incident.

We now have a video of the event kindly provided by Katie Williams a 3rd year Nursing student.