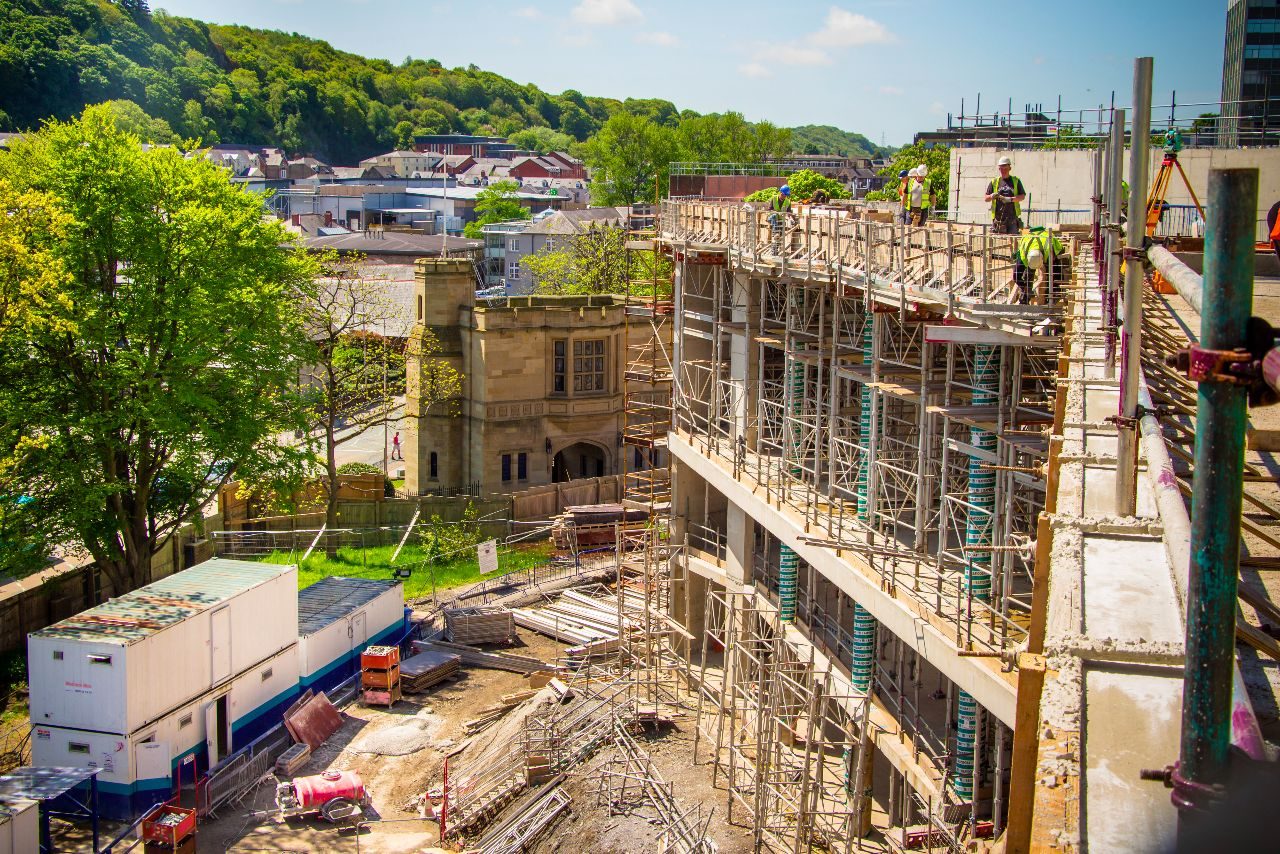 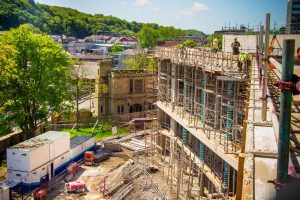 Bangor’s Pontio project will team up with Theatr Cymru to stage the first Welsh language performance in the upcoming centre.

The production, which was announced at this year’s Eisteddfod, will be an adaptation of T Rowland Hughes’ ‘Chwalfa’.

It will be the first time the Welsh novel has been performed on stage and is scheduled to take place around the opening in September next year.

‘Chwalfa’ was published in 1946 and is now considered a Welsh literary classic. Whilst set in the fictional quarry town Llechfaen, the story is actually based on the ‘Great Strike’ of Penrhyn Quarry in Bethesda some forty years earlier, between 1900 and 1903.

Theatr Cymru is just one of the existing arts organisations that Pontio have and will team up with.

The building, which was originally scheduled for completion in September of 2012, has finally started to take shape in the last six months.

“The cinema has a roof on it and the metal frame of the building is clear. The size and extent of it is also becoming apparent” said Elen ap Robert, the Artistic Director, at the Eisteddfod’s announcement.

Once the £44 million complex is finished it will offer a 450 capacity theatre as well as a smaller theatre. There will also be a an outdoor ampitheatre, a cinema, bars and dining facilities.

The site of the construction on Deiniol Road in Lower Bangor, was home to the University’s Students’ Union and Theatr Gwynedd before being knocked down to make way for the state-of-the-art building. Pontio, when finished, will house a new Students’ Union as well as lecture theatres and other facilities designed for students.

“Pontio aims to bridge the gap between the University and the community. We will be reaching out into the community on a whole range of projects of great benefit to both sides” said Ms ap Robert.

Running up to the opening of the building the Pontio Project will continue to organise a number of events in Bangor for students and the local community alike.

Their next event, Grand Convert – Reaching for the Stars, will take place on 1st September and will feature West End and Broadway star John Owen Jones.